The Dodgers teammates combined to knock in all five runs for Mexico in their 5-2 victory over Team USA.

Adrian Gonzalez homered, and Luis Cruz drove in two runs as Mexico defeated the United States 5-2 on a very Dodgers-centric Friday night in the World Baseball Classic at Chase Field in Phoenix. The two Dodgers combined to drive in every run for Mexico on the night.

Even old friend Karim Garcia hit a double for Mexico in the win.

Mexico got off to a fast start in the first inning when Eduardo Arredondo singled, then advanced to third on the double by Ramiro Pena. The two Dodgers then came through with a little small ball, with Cruz flying out to right field for one run on a sacrifice fly, and Gonzalez following with a grounder to the right side to drive home Pena for a 2-0 lead. 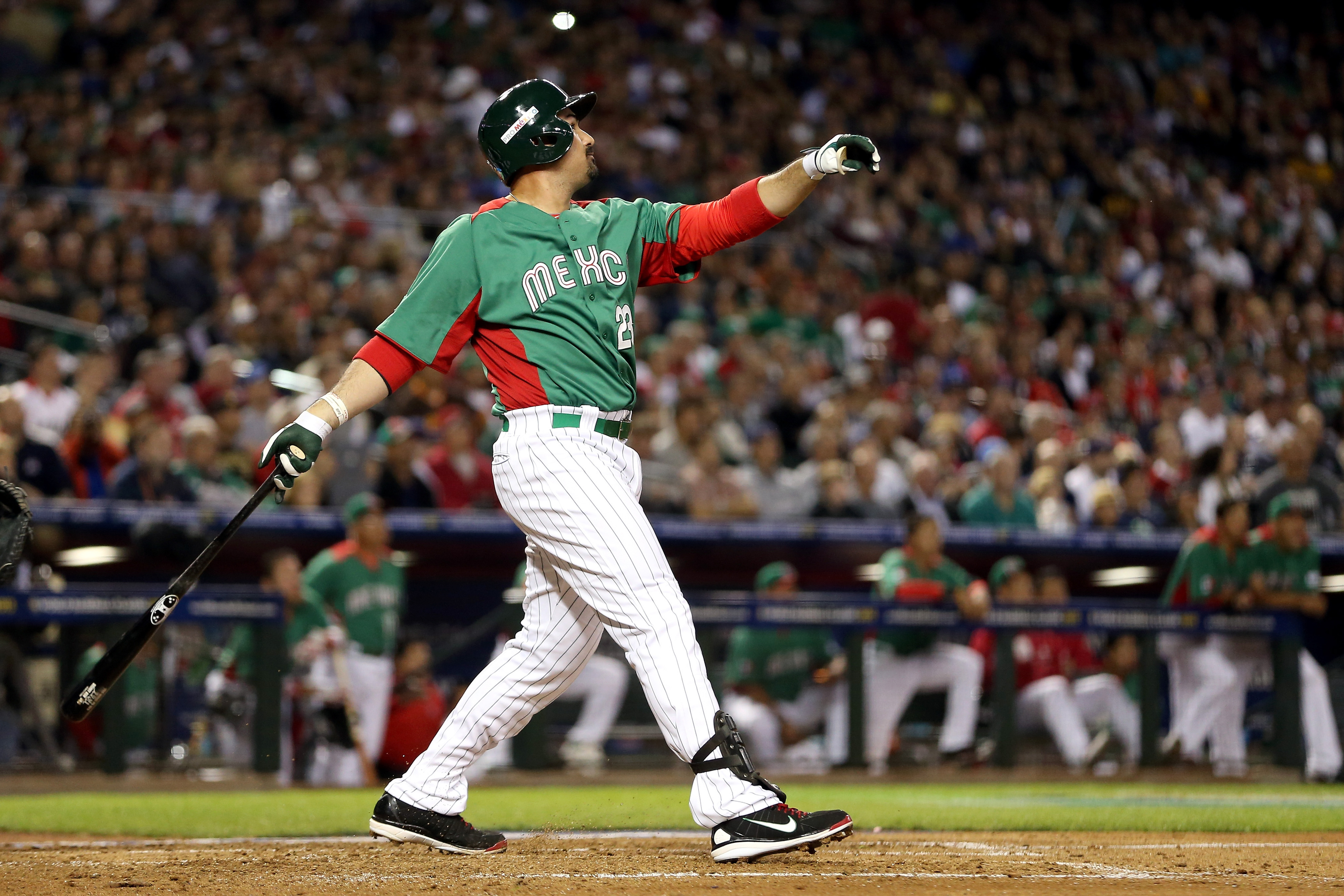 Arredondo got on base again to start the third inning, and was forced out on a ground ball by Cruz. Gonzalez then blasted a two-out, two-run home run to dead center field off starting pitcher R.A. Dickey for a 4-0 lead.

After Team USA scored a single run in the fourth, Mexico answered with another run in the fifth, thanks to Arredondo again setting the table. He was knocked in by yet another sacrifice fly for Cruz, and a 5-1 Mexico lead.

Gonzalez also drew three walks on the night and in two WBC games he is 3-for-4 with five walks and a hit by pitch for a cool .900 on-base percentage.

Teams with Dodgers in the WBC are 4-2 so far in pool play, with the only losses coming to teams also with Dodgers on the squad. Italy leads the way at 2-0 in Pool D, including a 14-4 mercy rule throttling of Canada on Friday. Punto went 2-for-4 with a walk and two runs scored against Canada.

Punto and Italy can win Pool D with a win over the United States on Saturday night, while Hanley Ramirez and the Dominican Republic, and Ronald Belisario and Venezuela each play their second game in Pool C. Here is the Saturday schedule for Dodger-related WBC teams (all times PT):