The Kings will host the Columbus Blue Jackets on Thursday night at Staples Center, and because it is Dodgers Pride Night the team will wear a Dodgers-themed warmup sweater before the game.

On Thursday, the @lakings will wear these jerseys during pregame warmups (via @baileylakings): twitter.com/BaileyLAKings/…

Tickets to the game also include a Kings baseball, if you are into that sort of thing. 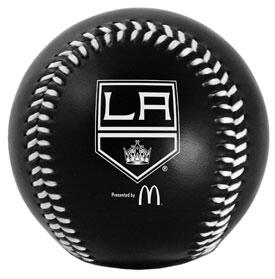