A look at the events at Dodger Stadium on Monday night, celebrating the 66th anniversary of Jackie Robinson's debut.

Monday is a special day throughout baseball, but even more so for the Dodgers, as they celebrate the 66th anniversary of Jackie Robinson's first major league game, at Ebbets Field in Brooklyn in 1947.

The festivities already got underway at Washington Middle School in Pasadena, where Robinson went as a child. Robinson's daughter Sharon, author of a new book 'Jackie Robinson: American Hero,' Matt Kemp, and Tommy Davis went to the school to talk to students. 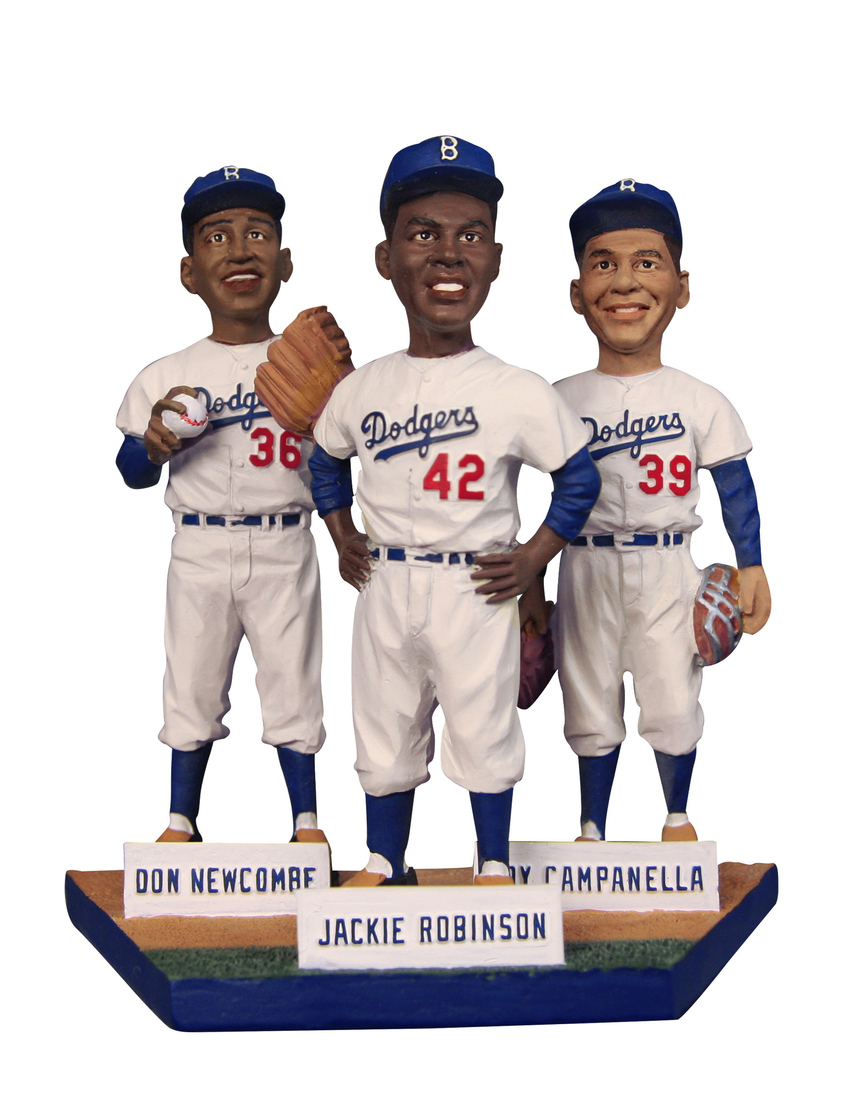 But the big celebration will be at Dodger Stadium on Monday night. Rachel Robinson, Jackie's wife, will be in attendance, as will his son David Robinson and Sharon Robinson as well. In addition, the Dodgers will pay tribute to Roy Campanella and Don Newcombe. Campanella, Newcombe, and Robinson are depicted on a statue that will be given to the first 40,000 fans.

Here are some details and notes about Monday's celebration: