Luis Cruz has just four hits in 36 at-bats so far this season, but he thinks he is getting closer to where he was last season.

Luis Cruz got a single on Monday night against the Padres, but unfortunately that was only good enough to break his tie with pitcher Hyun-jin Ryu. Cruz, to put it mildly, has slumped badly so far this season. But he said on Monday he's starting to feel better at the plate.

"I was working on a lot of stuff, and finally today I was seeing the ball better. I only got one hit but I was seeing the ball, which is big for me," Cruz said. "I did early work I wasn't thinking about going to right field or anything, just see the ball and hit it. I think my legs were in a good place today in all three at-bats." 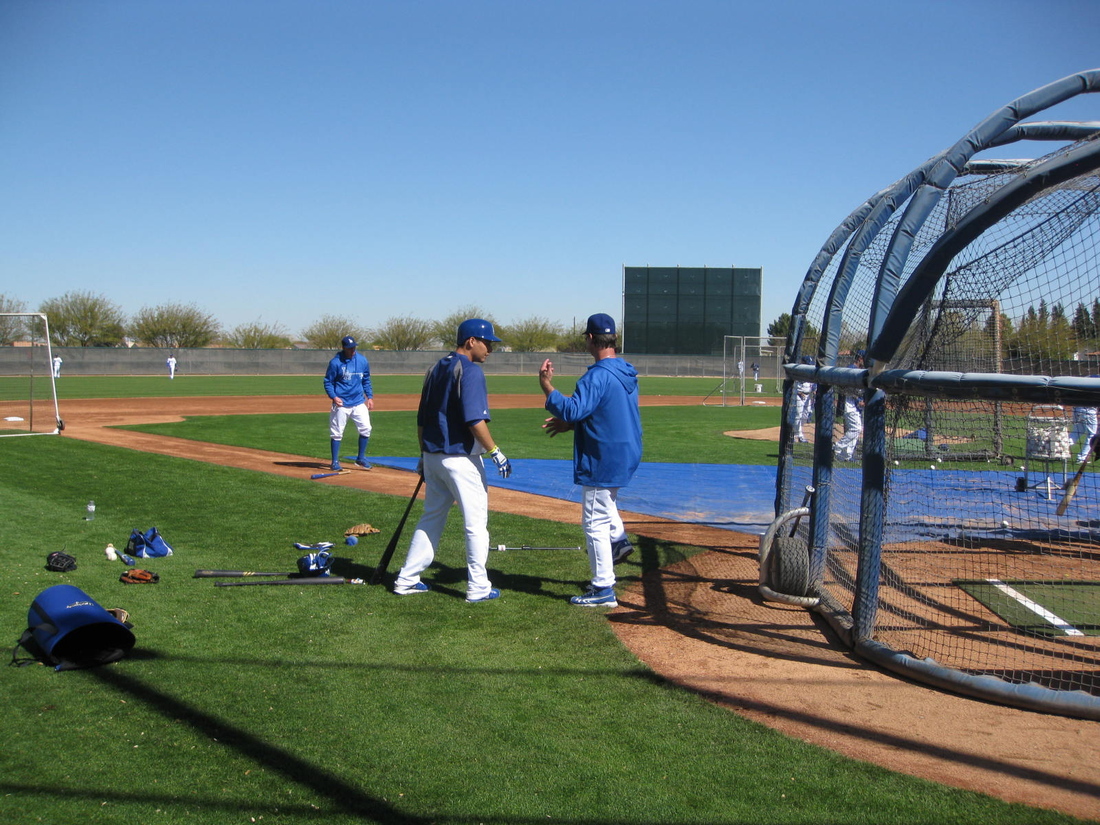 "Luis is a concern. With Luis the fly balls tell me a story, and not necessarily a good one because there are too many of them," said manager Don Mattingly. "He did get a nice bunt down and a got a hit, so he still made contributions, but Luis hasn't swung the bat."

Those fly balls haven't had much distance on them, as Cruz has 12 pop outs to infielders this season, in 39 plate appearances. That's five more than anyone else in the National League. Cruz had 20 infield popups in 296 plate appearances last season.

Cruz said after hitting a couple of home runs during spring training he began pulling off the ball in his swing, something he has been working to correct.

"I was open and my swing was getting long," Cruz said. "In the beginning I was trying to get hits instead of just hitting the ball, instead of just getting into a good position to hit and swing the bat."

Swinging the bat is something Cruz has done quite often, both this year and last. He was walked intentionally by the Giants on Apr. 2, but hasn't walked on his own since last Aug. 29, a span of 44 games and 159 plate appearances. He has had four three-ball counts this season, and one of them was the intentional walk.

Though Mattingly is concerned with Cruz, he has written him into the lineup 10 times in 13 games, including two games at shortstop.

"I feel good that he keeps giving me a chance," Cruz said. "I'm close to being what I was last year."