Two more starting pitchers went on the disabled list for the Dodgers, who had their pitching fall apart to go along with their consistently inconsistent offense for their worst week of the season to date.

Share All sharing options for: Dodgers Week 3 review: At least nobody died

The Dodgers piled up the losses this week, both on the field and in the trainer's room. The offense continued to struggle, but for the first time the pitching wasn't there to bail them out. The Dodgers suffered a six-game losing streak, including blowouts in four of the games, and continued their putrid play in American League parks by dropping two of three to the Orioles in Baltimore.

The Dodgers were outscored 22-7 in a three-game sweep at Dodger Stadium by the Padres, a team that is 1-11 in games not played against Los Angeles this season.

But that's not all. The Dodgers lost two more starting pitchers this week, and amazingly not to Carlos Quentin, though Chris Capuano did say he first felt the tightness in his soon-to-be-strained left calf when running in from the bullpen during the brawl in San Diego. Then on Sunday, Chad Billingsley succumbed to pain and tightness in his right elbow, the first sign of any sort of problems since his two platelet-rich plasma injections late in the 2012 season.

So the Dodgers, who entered the season with eight starting pitchers under contract, were forced to use Stephen Fife, the ninth man on the depth chart, in their 18th game of the season. It seems almost fitting that in such a bizarre week the game Fife started was the only game won by the Dodgers all week.

Dodger Batter of the Week: Carl Crawford and Adrian Gonzalez continued to produce, and Matt Kemp showed some late signs of coming out of his early slump, but this week's award goes to A.J. Ellis, who made only eight outs in his five games played. Ellis hit .467 (7-for-15) with seven walks for a .636 on-base percentage.

Dodger Pitcher of the Week: In a week that saw the Dodgers lose two starting pitchers to injury, no starter pitched well enough to come close to the award. Matt Guerrier and Kenley Jansen combined for nine scoreless innings in relief, but Jansen gets the honors because he allowed half as many baserunners unintentionally and had twice as many strikeouts as did Guerrier.

The starters allowed more runs this week (28) than they did in the first two weeks combined (23), and after a 2.17 ERA and 10 quality starts in their first 12 games Dodgers starting pitchers had a 7.89 ERA and just one quality start this week. 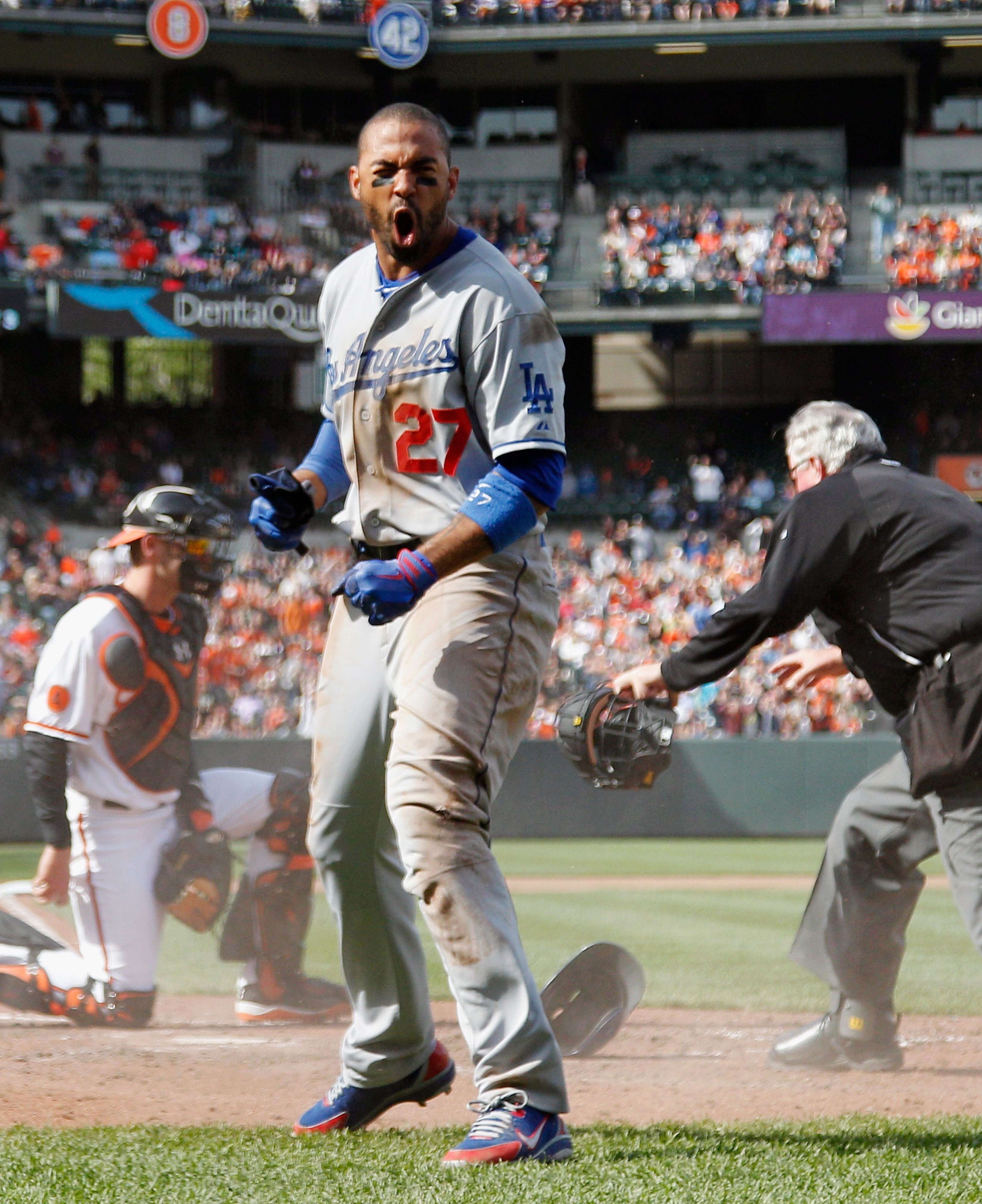 Upcoming Week: The Dodgers run the Jeromy Burnitz gauntlet, finishing up their road trip in New York against the Mets, followed by a trip home to face the Brewers. Milwaukee has Wednesday off and is still mulling what to do with rookie Hiram Burgos, per Adam McCalvy of MLB.com. If the Brewers skip Burgos, the Dodgers will see Wily Peralta, Kyle Lohse, and Yovani Gallardo during the weekend.