The Dodgers fought through more injuries, but got solid pitching and some offense here and there as they won four of six games.

The Dodgers rebounded from their worst week of the year to win a pair of series to get back to .500, though it could have been even better. Both losses included bullpen meltdowns, losing a game in New York they were one out from winning, and blowing Matt Magill's major league debut with a pair of late Milwaukee home runs.

Dodger Batter of the Week: With his second straight strong week, Matt Kemp takes the honors by hitting .350/.448/.550 with his first home run of the year, an opposite field shot against the Mets. Mark Ellis and Carl Crawford each hit two home runs in a game this week and deserve mention, and Ellis hit .500 (6-for-12) but was limited with his strained right quad.

Juan Uribe continued to be productive with six walks and a .600 on-base percentage.

Dodger Pitcher of the Week: Clayton Kershaw gets this award for his stellar Sunday start and on volume, with 17 strikeouts and a 1.38 ERA in two starts. Both Hyun-jin Ryu and Ted Lilly were excellent in New York, and Matt Magill deserves mention for his major league debut.

Ronald Belisario struck out half of the 14 batters he faced, and the only two to reach base did so by error. 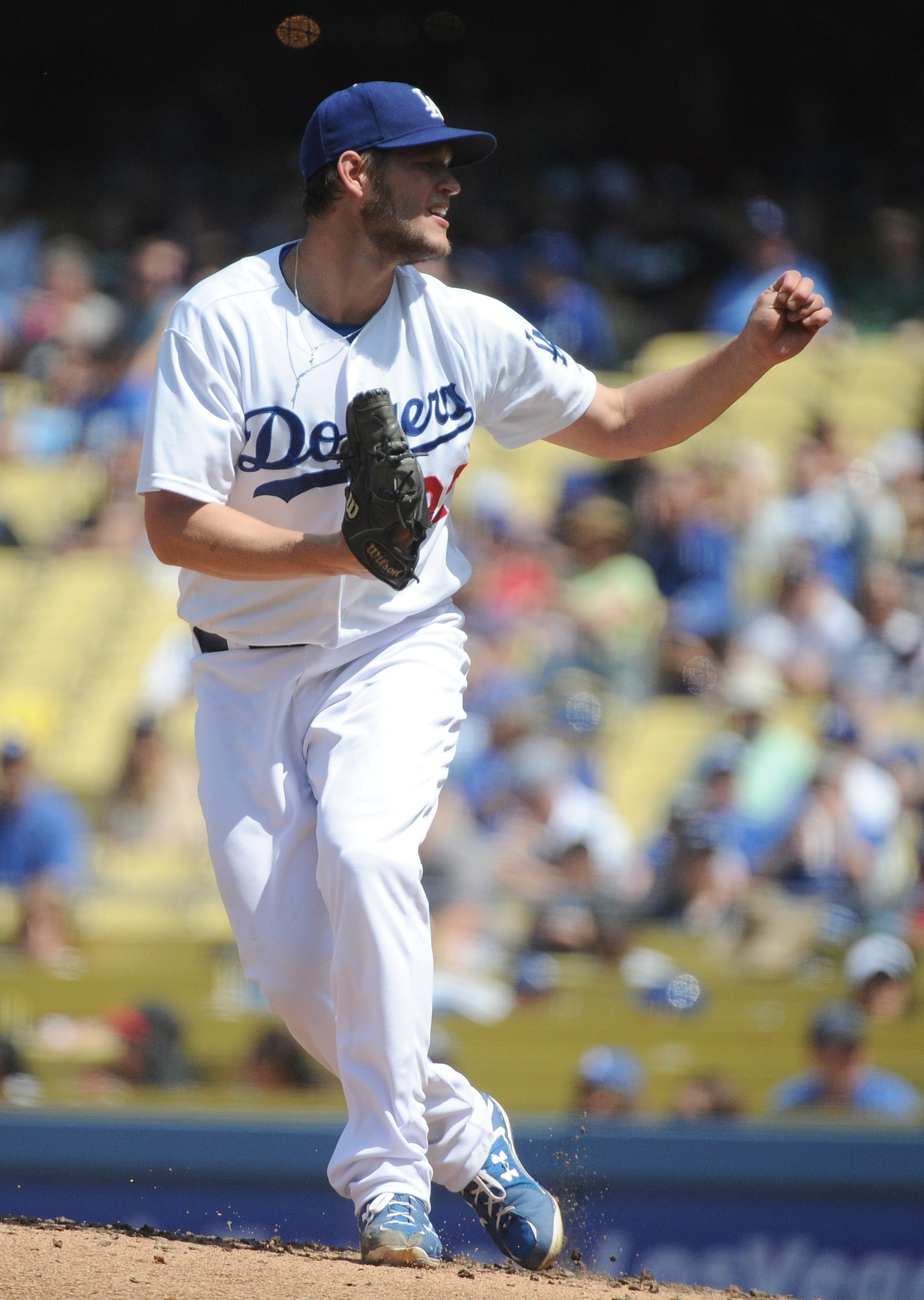 Carl Crawford homered twice, and Clayton Kershaw struck out 12 in eight shutout innings to finish out a strong week.

Upcoming Week: The Dodgers run the Neifi Perez gauntlet this week, hosting the Rockies for three games, then heading north after the off day Thursday for three games against the Giants.