Kershaw has yet to give up a run this season, and leadoff man Crawford has been on base half the time, easily standing out in the first week of play in the 2013 season.

The Dodgers didn't get the full expected brunt of their offense in the first week of the season, but their pitchers made sure it didn't matter. Dodger Stadium was turned into a dead ball era of sorts with just 27 total runs scored by both teams in six games.

Clayton Kershaw was at his absolute best both on the mound and at the plate, leading the Dodgers to four wins in their first six games.

Dodger Batter of the Week: It is amazing that the person least likely to make the opening day roster among Dodgers regulars was their best and most consistent hitter during the first week of the season. Carl Crawford provided a spark at the top of the lineup in the five games he played and hit .450.

The lineup had many goats, chief among them Luis Cruz, who started the season 0-for-17. Defensive specialist and surprise starting shortstop Justin Sellers began 0-for-15 before a home run on Sunday, and Matt Kemp is just 2-for-20 so far.

Dodger Pitcher of the Week: There was no doubt that Clayton Kershaw would win this award no matter what happened after his opening day shutout, but he added to it with another stellar outing against the Pirates. Any week with 16 scoreless innings and two wins makes this an easy choice, but the rest of the pitching staff was no slouch. The non-Kershaw pitchers combined for 38 innings of a 1.42 ERA, with 32 strikeouts and seven walks. 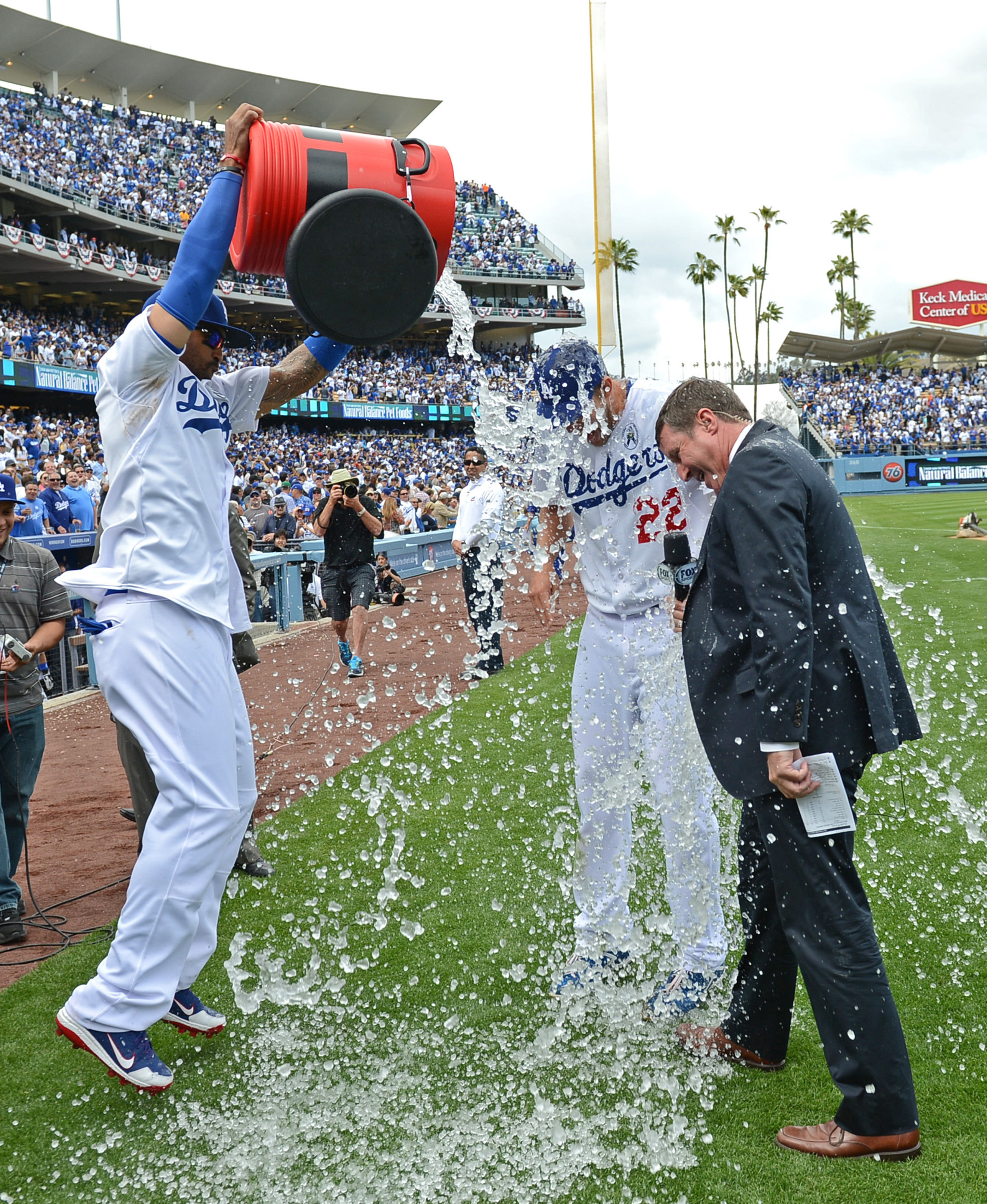 Upcoming Week: The Dodgers run the Andy Benes gauntlet, heading first to San Diego to battle the Padres, then to Arizona to take on the D-Backs in a week of white hot National League West action.