Hyun-jin Ryu pitched into the seventh inning to earn his first major league win, and Adrian Gonzalez paced the offense with three run-scoring singles, leading the Dodgers to a 6-2 victory over the Pirates and a weekend sweep of Pittsburgh.

Sunday's game was an homage to patience and overcoming slow starts.

Andrew McCutchen took Ryu deep to left field in the first inning for a quick 2-0 Pirates lead, and Ryu walked the next batter, Gaby Sanchez. But after that, Ryu barely gave up anything. Of his final 20 batters faced, Ryu retired 18 of them, allowing just a single and a walk. 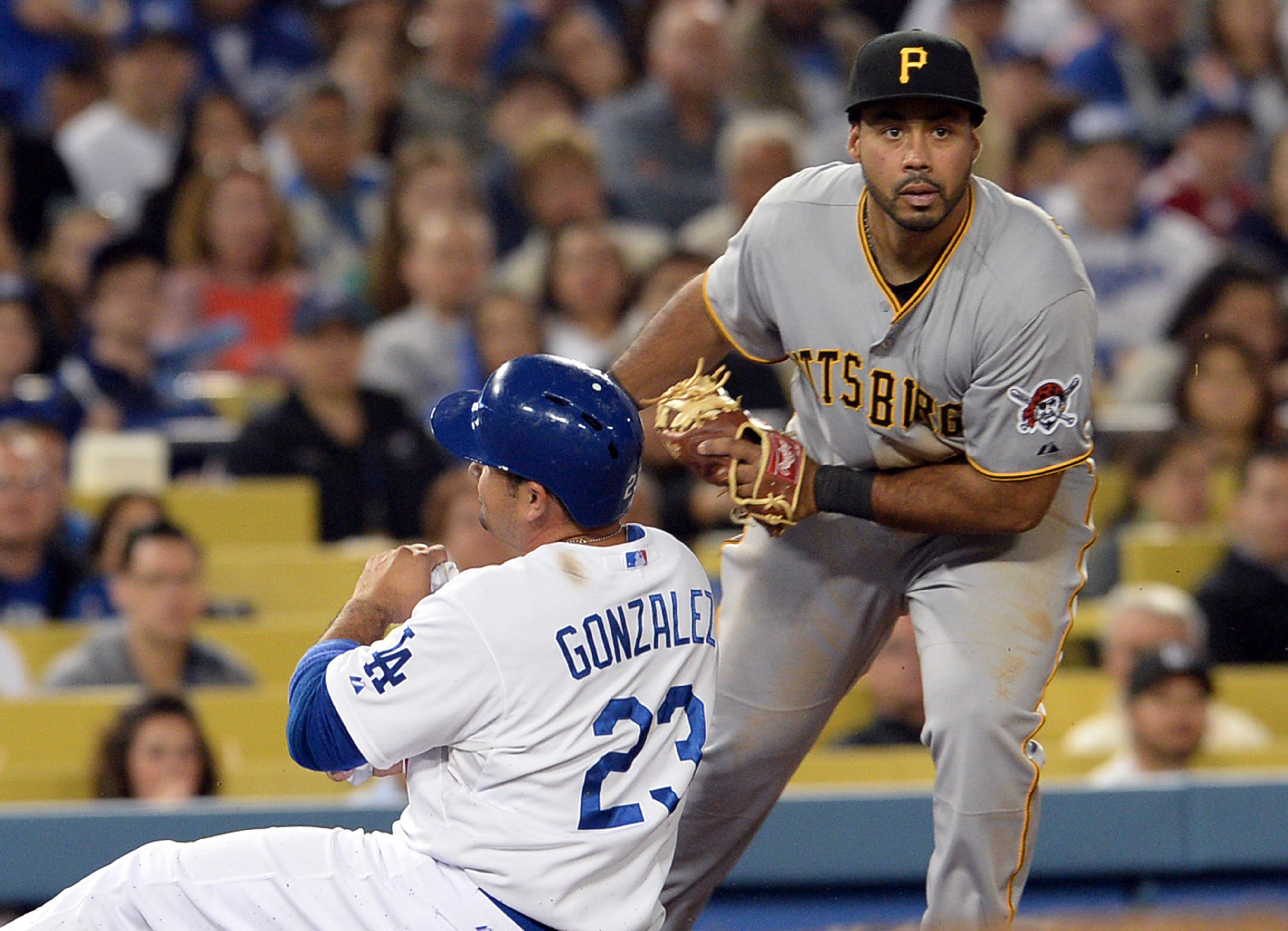 Pedro Alvarez was 0-for-8 with 7 strikeouts against LHP during the weekend series.

Ryu struck out six Pirates and pitched his second quality start in as many outings. The Dodgers have six quality starts in six games, and their starters have a 1.32 ERA with 37 strikeouts and just four walks.

The Dodgers started the day with six hits in 46 at-bats (.130) with runners in scoring position, but were 3-for-8 on Sunday in that situation, with all three hits coming from Gonzalez.

The table was set for Gonzalez by a very productive top of the order. Carl Crawford continued his assault with a single, a double and two runs scored. Nick Punto took advantage of a rare start to reach base three times and score twice. Matt Kemp, who entered Sunday hitting just .056 (1-for-18), doubled and walked.

Even Justin Sellers got into the act. After extending his skid to 0-for-15 to open the season he homered in the seventh inning, then walked in the eighth.

After 11 runs in six days, the six runs scored by the Dodgers seemed like a bounty. It was certainly more than enough for Ryu.