Saturday will mark the first bobblehead doll for Jarrin at Dodger Stadium. 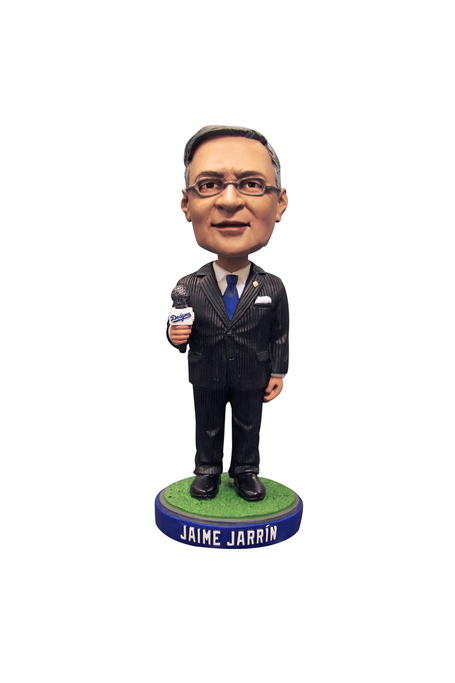 Jarrin is currently in his 55th season broadcasting Dodgers games, an amazing accomplishment that often gets overlooked with fellow Hall of Fame announcer in his 64th season doing the same. Jarrin, the Spanish language voice of the Dodgers, will also take part in an on field ceremony before the game and will throw a ceremonial first pitch.

The Dodgers' first championship in Los Angeles came in 1959, the first year for Jarrin behind the mic for the team. The native of Ecuador has called three perfect games, 16 no-hitters, 26 World Series, and 21 All-Star games.

Because a large crowd is expected for Saturday's 4:15 p.m. PT game, the Dodgers are opening auto gates a half-hour early, at 1:45 p.m. PT.