Manager Don Mattingly publicly criticized his team and sat both Andre Ethier and Matt Kemp in an eventful yet not winning week for the Dodgers.

The week began in turmoil, with manager Don Mattingly having to answer questions about his job status. Then we saw Mattingly bench his two struggling stars, Andre Ethier and Matt Kemp, at different points in the week, one that began with promise as both Ethier and Kemp homered in the same game for the first time in over a year.

Messages were delivered, but the Dodgers still floundered, riding their up and down week to a 3-3 record.

That simply has to improve.

Dodger Batter of the Week: This was a close call, but Adrian Gonzalez was Mr. Clutch for the Dodgers, driving in six of their seven runs against the Cardinals, with a pair of home runs. He narrowly beat out his former Boston brethren Carl Crawford and Nick Punto, as all three were within four points of OPS for the week.

Honorable mention goes to Ramon Hernandez, who showed his bat still had some life by reaching base four times on Wednesday in Milwaukee, including a home run.

Dodger Pitcher of the Week: For pitching into the eighth inning for his first time as a Dodger, Hyun-jin Ryu gets the call this week. He beat out Clayton Kershaw, who had one very good start and one ordinary start in his 16 innings of work.

Honorable mention goes to the bullpen, who rebounded with a strong week, as five of the seven relievers went unscored upon; and to Ted Lilly, who returned from the disabled list in style, retiring 14 straight before getting removed for hitting a pitch count restriction he wasn't aware of. 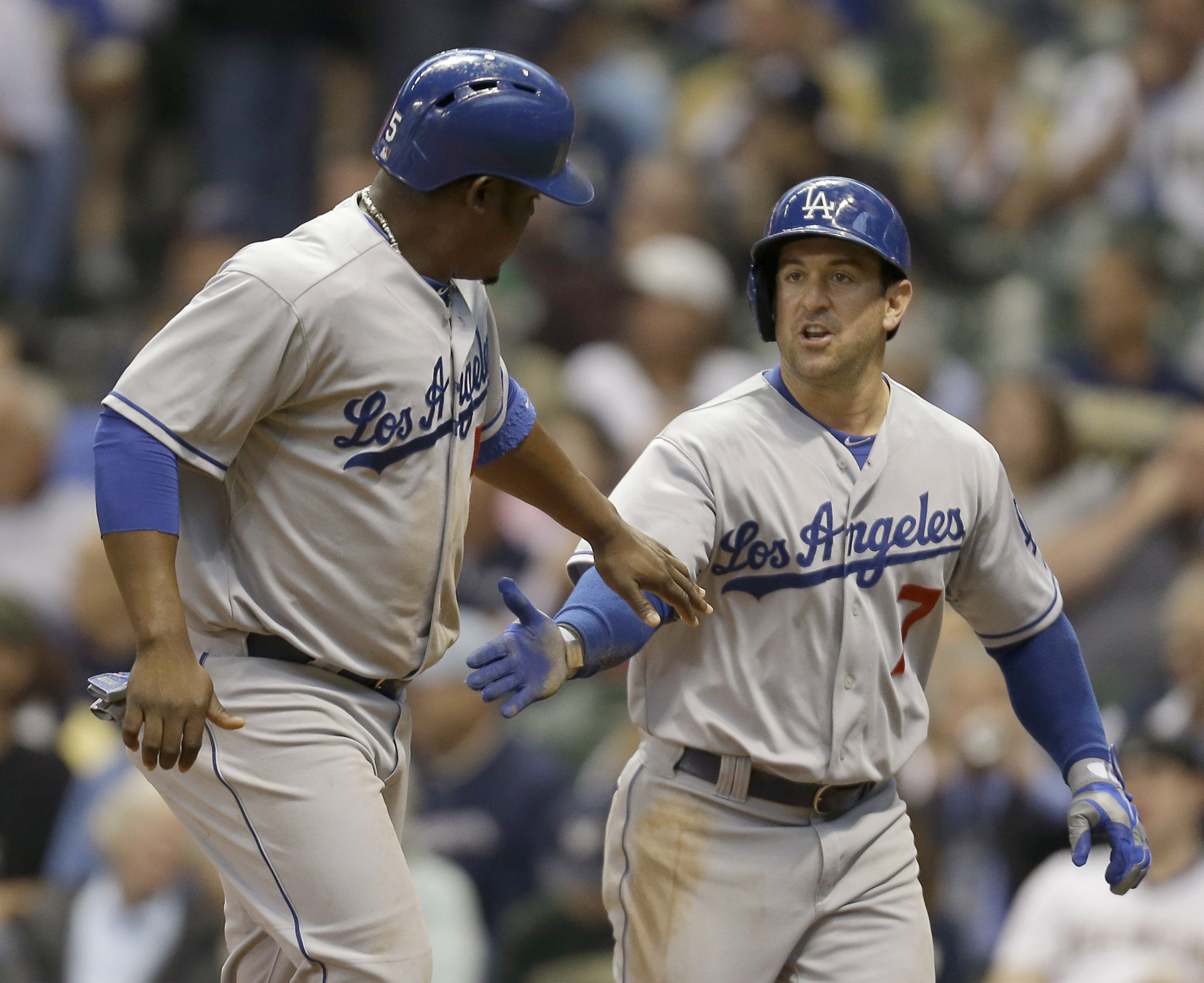 Don Mattingly laid down the law and the team responded with a season high in runs scored in Milwaukee.

Extra, extra: Quietly over the weekend series against the Cardinals, Juan Uribe doubled in all three games. It is Uribe's longest streak of games with an extra-base hit as a Dodger, and his longest streak since a three-game streak in 2009 with San Francisco.

Close call: After dropping two of three games at home to St. Louis, the Dodgers now lead the all-time series with the Cardinals by the narrowest of margins, 1,009 wins to 1,008.

Painful week: Not only did A.J. Ellis struggle at the plate this week, going 2-for-17 (.118) with eight strikeouts and two walks, but he took some shots over the weekend against St. Louis. Ellis suffered a bruised forearm in a home plate collision with Jon Jay on Friday, then on Sunday was hit by a pitch in the left wrist in the sixth inning. In both cases, Ellis completed the game. He had a swollen wrist after Sunday's game and said he planned to get the wrist examined by team doctors.

Upcoming Week: The Dodgers run the Alfredo Amezaga gauntlet this week, splitting four games with the Angels in Los Angeles and Anaheim, then they head to Colorado to battle the Rockies at Coors Field.