The community in Elysian Park dates back to the turn of the century. When the Dodgers purchased it for their stadium it had already been through a number of changes. Here's a birds eye view of how that happened.

Share All sharing options for: Elysian Park before Dodger Stadium: A cartographic history

We've heard many times the story of Chavez Ravine, that a small Mexican community was forced to vacate their homes so that the Dodgers could build this cathedral to baseball. My goal with this piece isn't to go into any of the stories involved, I just wan to see what the maps show. 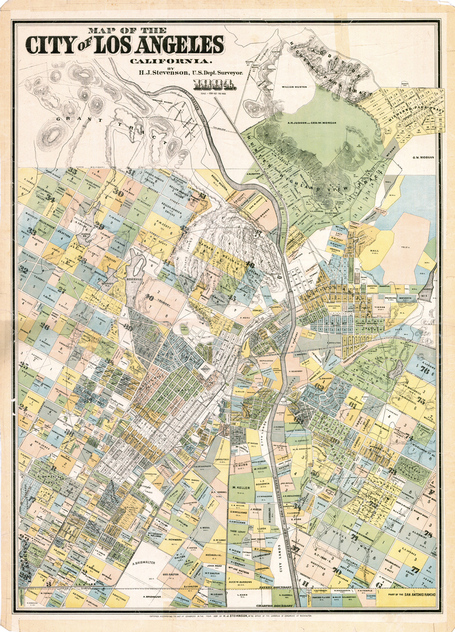 It started with this 1884 surveyors map of Los Angeles. Now I'm no surveyor, but I can read words so hopefully the skills will cross over into reading maps. From what I gather, in 1884 downtown was a mildly developed series of subdivided tracts. Sunset Blvd. was not yet a thing. Just south of the bend in the LA River is a series of ravines.

Chavez Ravine is named after Julian A. Chavez, an early member of the Los Angeles City Council. In 1844 he was granted a plot of 83 acres 1.5 miles north of downtown. Known as Chavez Canyon, during smallpox outbreaks it was used as an isolation hospital.

You can see on the map that Solano, Hansen & Hellman, and a few others have tract claims in the area. Compared with other parts of the map, it's a relative oasis. 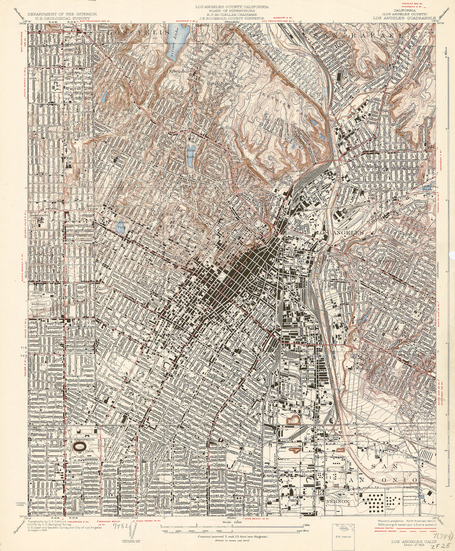 Fast forward to 1928. At that point the Los Angeles Angels had already won seven PCL titles. Wrigley Field isn't on that map, but the Coliseum and Exposition Park sit over in the bottom left corner hosting USC football games and awaiting the Summer Olympics.

One and a half miles north of Downtown, things are less urbanized that they are heading southward. Sunset Boulevard, which used to be a cattle road and follows a natural path, is now a thing. The whole ravine area is now known as Elysian Park.

Elysian Park is the second largest park in Los Angeles, with Griffith Park the largest. It's the oldest park, established in 1886 by the Elysian Park Enabling Ordinance, two years after our first survey map. There's some development in the middle of the park, so let's take a look at this detailed survey map of Elysian Park from 1910. 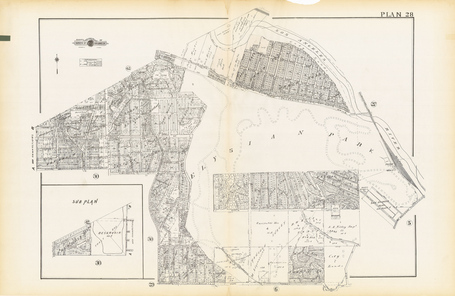 The completely amateur surveyor in me notices that the Hansen & Hellman tracts from the 1884 map have been developed north of Effie Street. Boylston Road provides access to downtown. Bishop Road gives residents access down to Cathedral High School. The Solano tract north of Effie has also been developed, with Solano Road giving access to a school and Broadway.

Solano, of course, still exists with a small community on both sides of the Pasadena Freeway. There's another road on that map which still exists, Lilac Terrace and Lookout Drive which go past the Naval Armory. Boylston still exists in small chunks around the stadium. 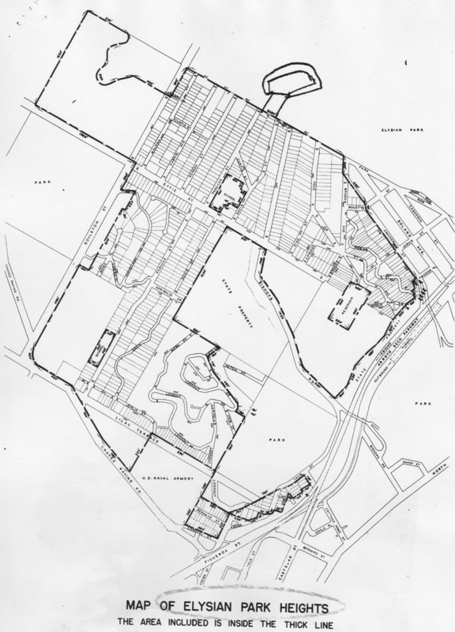 By 1950, that's what things looked like up in Elysian Park Heights. Bishop's Road survived the Arroyo Secco Parkway, but it's hard to tell what happened to the development around Solano and the Lookout tract. The land south of Bishop's road is now labeled state property. That wasn't the land the city was going to seize. The area included is inside the thick line. 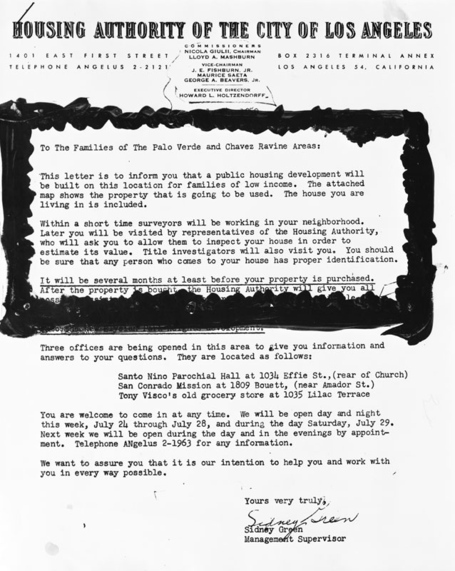 That's the letter residents were sent, telling them their house was being purchased by the housing authority of Los Angeles for a public housing project called Elysian Park Heights.

Outside of the race, it's the economic status of the residents that really defines this story. The freeway projects were also built with eminent domain and always displaced poor residents. The city had to buy the homes, and buying expensive homes makes projects more expensive.

Using maps, letters, and math to tell the story it doesn't feel as emotional as seeing people dragged from their homes kicking and screaming. Which is how city officials are capable of pulling the trigger on freeway projects and large stadiums. Maps, letters, and math. While hearing as few stories as possible.