The Dodgers lost five of six games last week, and in their last 19 games have lost 13 times and have been outscored 99-70.

For the second time in three weeks, the Dodgers lost five of their six games, as the club dropped two of three at home to the Rockies then were swept in three one-run games by the Giants in San Francisco. But this week will be remembered for the brief yet productive appearance of Hanley Ramirez, who managed to wreak some havoc on the field in between stints on the disabled list.

We can talk all we want about the Dodgers playing shorthanded, as they did all of last week by stubbornly waiting to put Mark Ellis and his strained right quad on the disabled list. But the sobering reality is that outside of getting Ramirez and Zack Greinke back, there is no in-house solution that will fundamentally change the team.

The currently active players are the ones that will need to perform better, and at 13-17, with a negative run differential surpassed by only the lowly Marlins and Phillies, this Dodgers team doesn't look much like a contender in any way, shape or form.

Honorable mention goes to Jerry Hairston, who played in all six games during the week in some capacity and hit .467 (7-for-15) with his first home run of the season.

Dodger Pitcher of the Week: Relief pitcher Paco Rodriguez retired all eight batters he faced, including six by strikeout. He did, however, throw a wild pitch with the bases loaded to score the tying run in Saturday's wild game in San Francisco.

Honorable mention of course goes to Clayton Kershaw, who returned to the team after his father's death to pitch seven strong innings against the Giants on Friday, including taking a no-hitter into the sixth inning. And to Hyun-jin Ryu as well, who made two starts, including a career best 12 strikeouts on Tuesday. 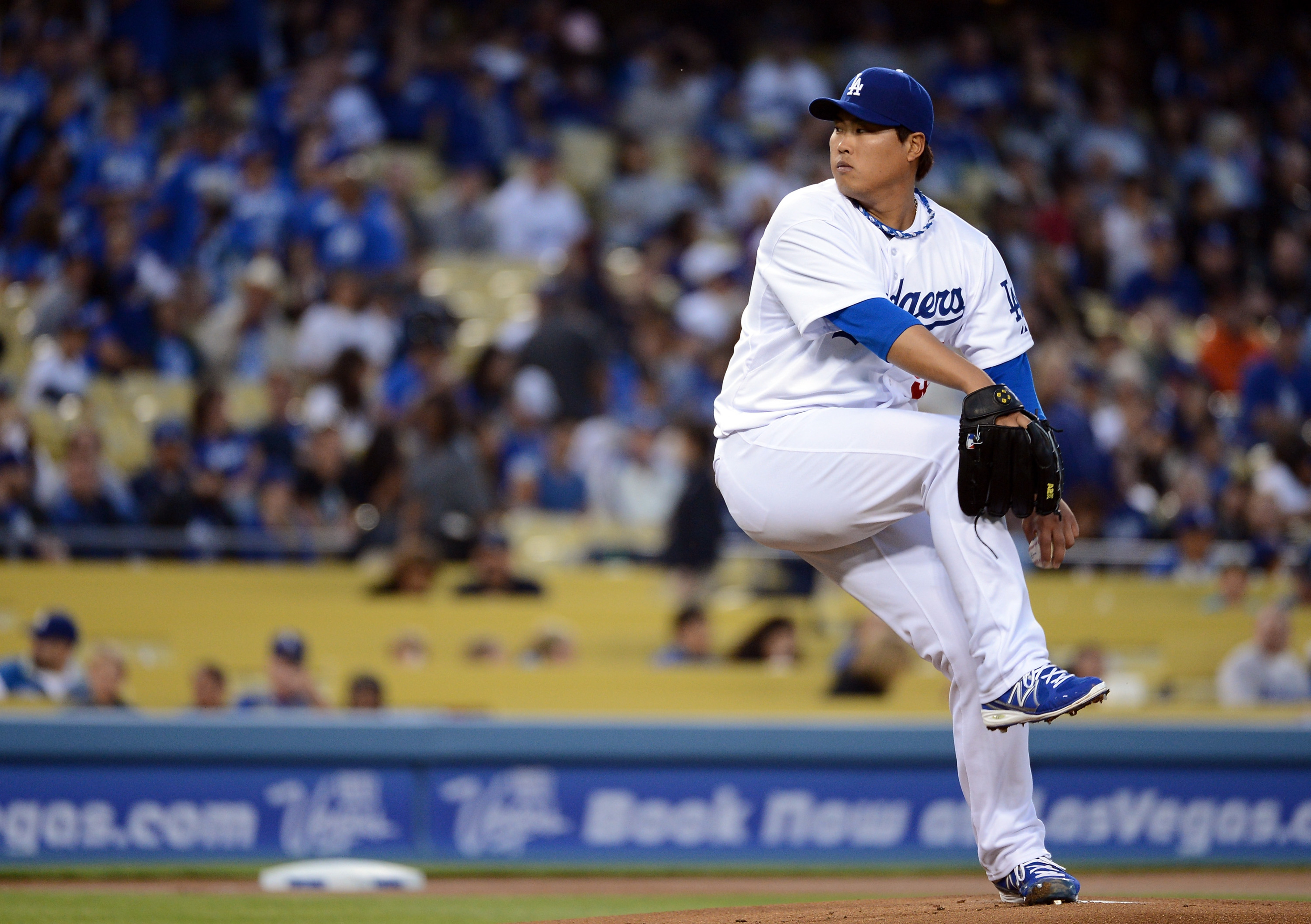 Hyun-jin Ryu struck out 12 on Tuesday in a win over Colorado, the only win of the week for the Dodgers.

Upcoming Week: The Dodgers run the Matt Mantei gauntlet this week, returning home to host the Diamondbacks and Marlins.