Dodgers, Clayton Kershaw getting closer to contract extension, per report

Share All sharing options for: Dodgers, Clayton Kershaw getting closer to contract extension, per report

Clayton Kershaw didn't get a win to go with his stellar pitching on Saturday against the Pirates at PNC Park, but the Dodgers ace may have the biggest win of his career just around the corner. The left-hander and the team are "making progress" toward a record contract extension, per Ken Rosenthal of Fox Sports: 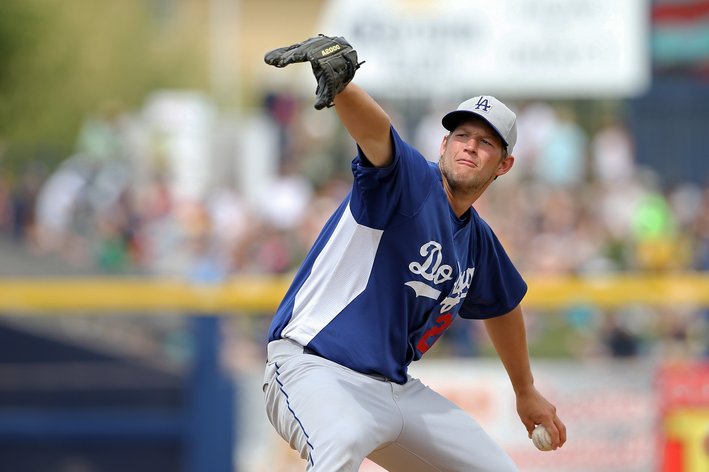 Kershaw's contract figures to surpass the $180 million given to Verlander in March.

The Dodgers have made progress on a seven-year extension for Kershaw, and the dollar amount will be above the $180 million the Tigers awarded Verlander, according to major-league sources.

The two sides discussed a variety of proposals earlier in the negotiations — including 10 years, $250 million and 12 years, $300 million, sources said.

Kershaw, at 25 years old younger and arguably (or maybe not even arguably) better than both Hernandez and Verlander, should surpass that annual average, at least for years beyond 2014, his final year of arbitration eligibility.

Kershaw is making $11 million in 2013 in the final season of a two-year, $19 million deal. He is eligible for free agency following the 2014 season.

After leading the major leagues in ERA in 2011 and 2012, Kershaw leads the National League with a 1.84 ERA and is tied for the NL lead with 104 strikeouts.