The Dodgers played a pair of series this week, and lost them both, and have twice reached their season low of 10 games under .500.

The Dodgers got another stellar week from Yasiel Puig but let it go to waste as they lost a pair of series to the Diamondbacks and Pirates. Puig hit .500 and made three of his five starts at cleanup, but managed to drive in zero runs. Clayton Kerhsaw, the Puig of pitchers, allowed two runs in 14 innings in his two starts, and won zero games. Thus is the state of the 2013 Dodgers.

The Dodgers had a volatile week. Brandon League blew another save and lost his closer position, then the Dodgers got into their second major brawl of the season on Tuesday against Arizona. Kenley Jansen even blew a save on Saturday, in a game the Dodgers eventually won, thanks to a home run allowed, the only one of 13 batters faced this week he allowed to reach base.

Dodger Batter of the Week: While Puig has continued to be awesome, Andre Ethier gets the call for finally producing, and with power. Ethier hit .417 with a double, a home run and five RBI.

Dodger Pitcher of the Week: Clayton Kershaw had two typical Kershaw starts, allowing one run in seven innings twice during the week. But thanks to two blown saves, one by Brandon League and one by Kenley Jansen, Kershaw had no wins. 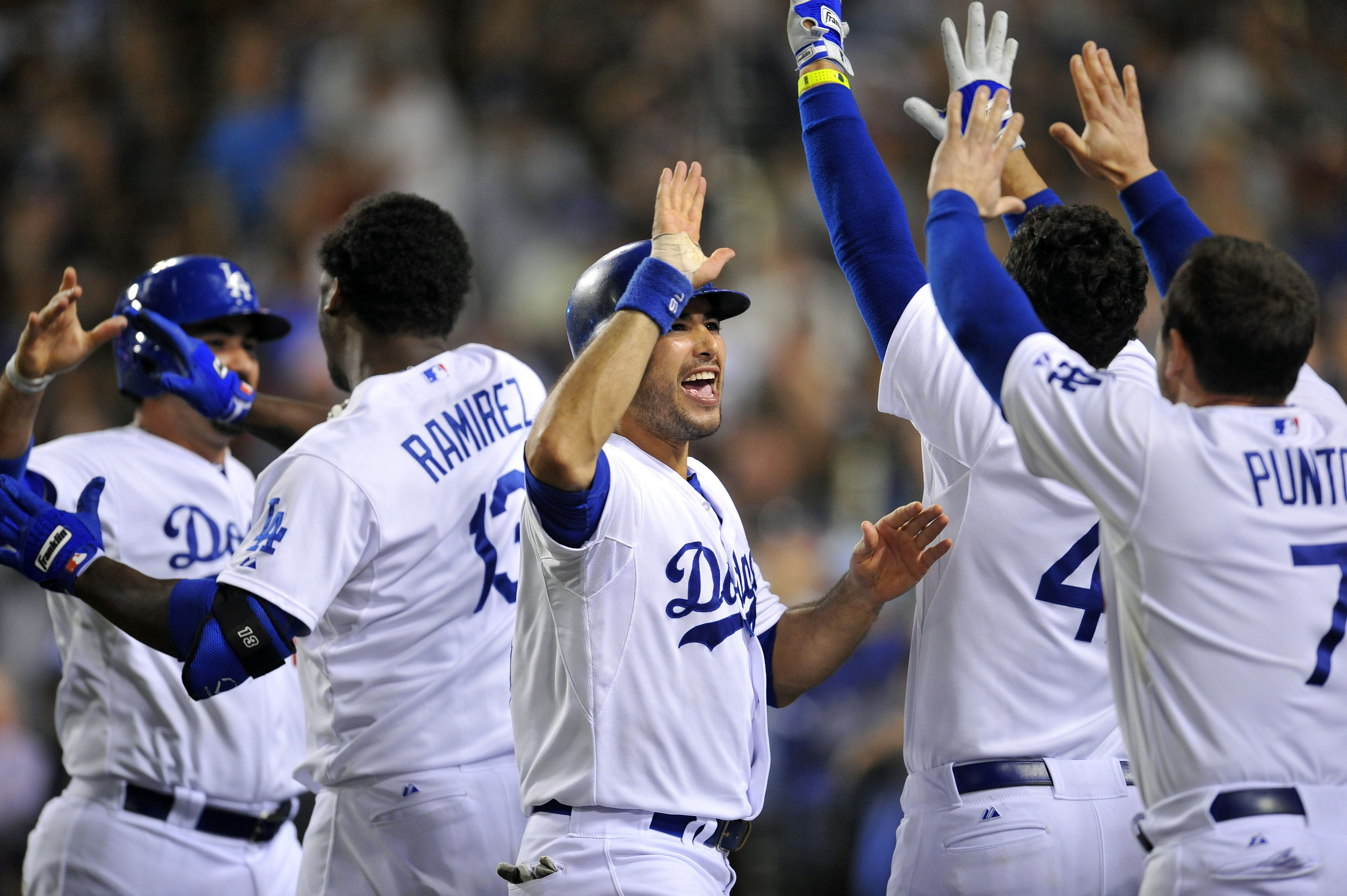 Ending on a high note: On Friday the Dodgers designated catcher Ramon Hernandez for assignment, effectively ending his Dodgers career. But on Wednesday in what he didn't know was his last game with Los Angeles Hernandez not only homered in his final plate appearance but also stole a base. Hernandez is one of just 14 Dodgers catchers since 1916 to have a home run and a stolen base in the same game. Hernandez has nine career stolen bases, and never more than one in any season. Johnny Edwards has the most seasons with exactly one stolen base with 11, but Hernandez is tied for second most at nine with Greg Maddux and Boog Powell.

Good eye: Clayton Kershaw on Saturday drew a pair of bases on balls in Pittsburgh, including one from fellow Dodgers 2006 first round pick Bryan Morris. Kershaw became the first Dodgers pitcher to walk twice in the same game since Eric Stults on Apr. 24, 2009.

Extra-base machine: Hyun-jin Ryu on Wednesday against Arizona tripled in the fifth inning, the first Dodgers pitcher to hit a triple since Jeff Weaver on Sept. 5, 2004. Ryu, who hadn't swung a bat since high school eight years ago before 2013 spring training, is hitting .259/.286/.407 this season with three extra-base hits.

Upcoming Week: The Dodgers run the Ed Whitson gauntlet this week, battling the Yankees for two games in The Bronx for the first time ever in the regular season, then finish up the week with four games in San Diego.