Dodgers Week 9 review: The storm before the calm

The Dodgers played their first seven-game week of the season, and managed to slip even further below .500 with another losing week.

Share All sharing options for: Dodgers Week 9 review: The storm before the calm

It was a mostly terrible time for the Dodgers, who began the week with two wins but still had an under-.500 week. They lost two starting position players to the disabled list in Matt Kemp and A.J. Ellis, with Carl Crawford threatening to join them.

To top that, starting pitcher Hyun-jin Ryu was unable to make his start on Sunday, with Monday's starter Chris Capuano in jeopardy of the same fate on Monday.

But mostly we'll look back on this week as the last time the Dodgers were without Yasiel Puig.

Dodger Batter of the Week: Adrian Gonzalez continued to stand out, hitting .360 with a home run and two doubles. He narrowly beat Skip Schumaker, who hit .412 and extended his hitting streak to 10 games.

Honorable mention goes to Juan Uribe and Ramon Hernandez, who were quite effective in reserve.

Dodger Pitcher of the Week: Though a left foot contusion prevented him from making a second start in the week, Hyun-jin Ryu's one start was good enough. Ryu pitched a shutout that with only two baserunners made it quite memorable.

Honorable mention goes to J.P. Howell, who struck out five in his four scoreless innings. He retired 12 of his 13 batters faced, with the only man to reach doing so via error. 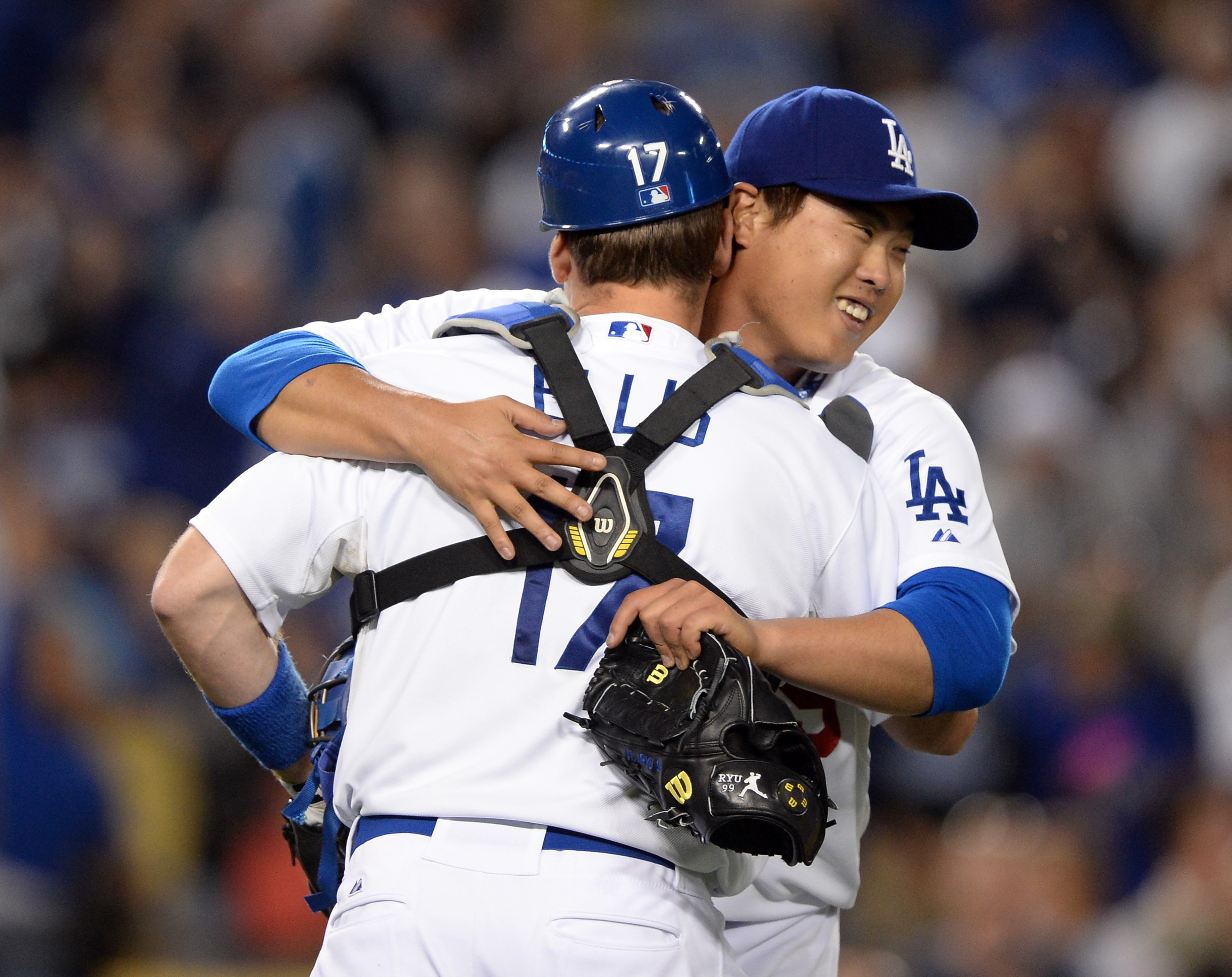 Hyun-jin Ryu was magnificent against the Halos.

Upcoming Week: The Dodgers run the Cito Gaston gauntlet this week, starting a 10-game homestand with series against the Padres and Braves at Dodger Stadium.