Hanley Ramirez and Chris Capuano were both fully healthy, and both had stellar weeks as the Dodgers split six games with the Yankees and Padres.

The Dodgers finally got some semblance of an offense this week, as the healthy big four of Yasiel Puig, Adrian Gonzalez, Hanley Ramirez and Andre Ethier all had an OPS of .880 or above. But it wasn't enough for a winning week as the team finished 3-3 and had to win their final two games of the week to end at .500.

The first ever regular season trip to Yankee Stadium was memorable, and rainy, as the Dodgers split a day-night doubleheader in The Bronx.

Dodger Batter of the Week: Hanley Ramirez, no longer hamstrung, unleashed his bat and hit .500 with three home runs for the week. Yasiel Puig had his worst week in the majors and still slugged .600 and scored six runs.

Dodger Pitcher of the Week: Fresh off the disabled list, Chris Capuano pitched six scoreless innings at Yankee Stadium, then came back and threw five more scoreless frames on three days rest Sunday in San Diego. The entire starting staff was stellar as a whole, with a 2.19 ERA with 34 walks and five strikeouts.

Wednesday: Dodgers 6, Yankees 0
Yasiel Puig homered and Chris Capuano led the Dodgers to their first win at Yankee Stadium since 1981. 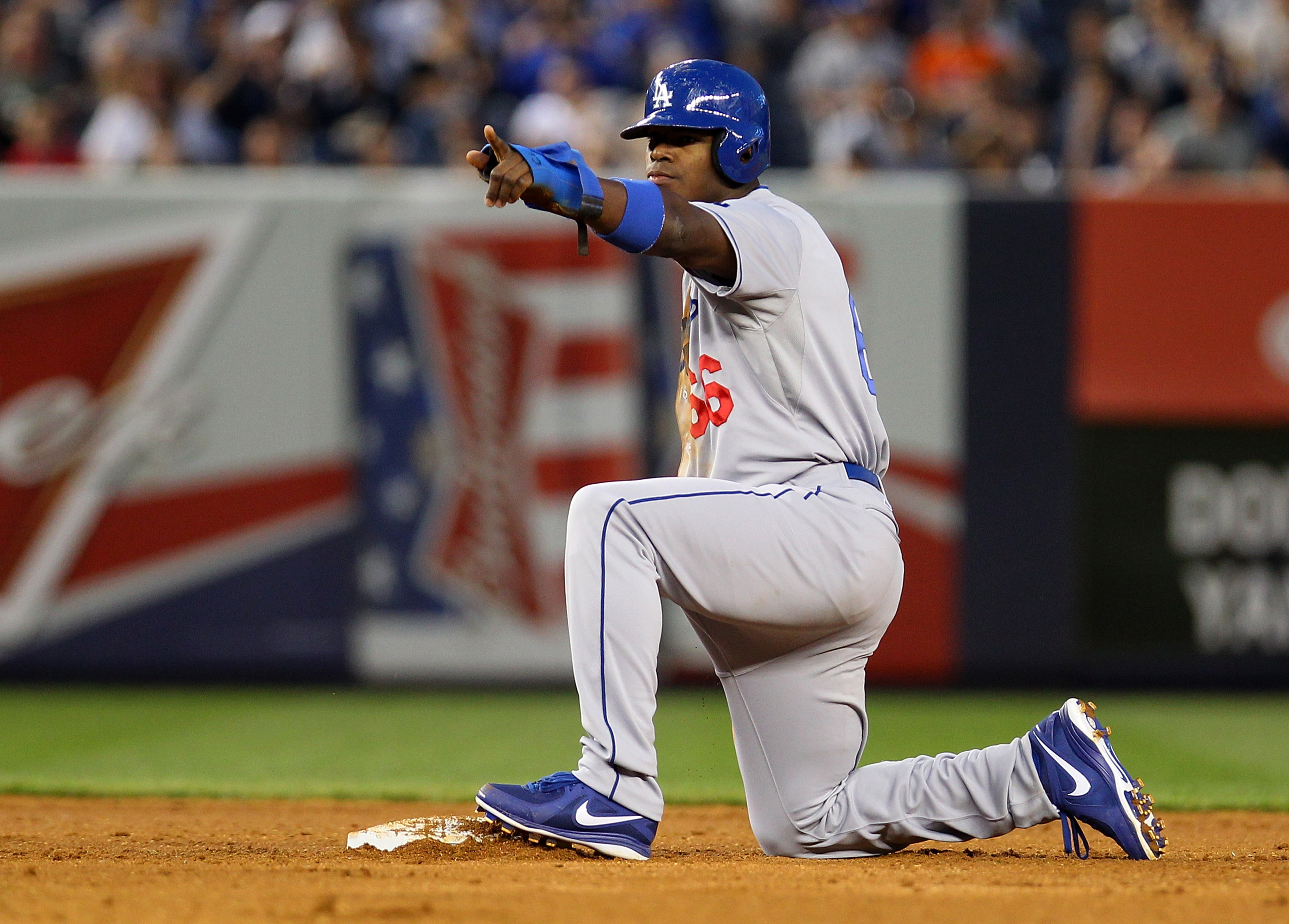 Upcoming Week: The Dodgers run the Gary Matthews Sr. gauntlet this week, coming home to face the Giants and Phillies.