Pederson and 51 other top prospects will play at Citi Field on Sunday, July 14, two days before the MLB All-Star Game.

While some in the baseball world have been clamoring for Dodgers rookie Yasiel Puig to make the All-Star Game, his former Double-A Chattanooga outfield teammate already has a trip scheduled for Citi Field in New York. Joc Pederson will be the Dodgers' lone representative in the 2013 Futures Game, to be held on Sunday, July 14.

The futures game will be played on July 14 at 11 a.m. PT and will be televised on ESPN2 and available to watch online at MLB.com. The game is planned for nine innings and will last no more than 10 innings, even if tied.

On that same day at Dodger Stadium, the first 40,000 fans will receive a Puig t-shirt. 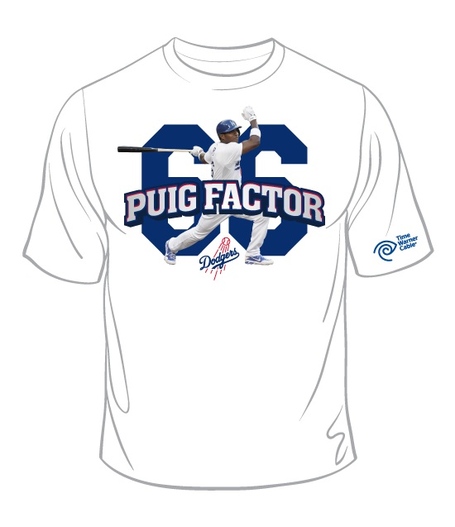