From the trainers room to the field to the front office, the Dodgers had nearly everything go their way this week, which produced six wins in seven games.

The Dodgers had just about everything go right for them this week, easily their great week of the season. They ended the first half of their season on a very high note, winning eight of their last nine. Yasiel Puig and Hanley Ramirez continued to punish every pitch in sight, and four of the five starters had solid weeks.

The front office even seized the opportunity to build on the hot streak, adding fresh arms to the bullpen and trimming deadweight off the roster. Matt Kemp returned, showed some flashes of his former self, at least that his hamstrings are healthy, and Carl Crawford began his rehab assignment and is expected back soon.

The Dodgers began their week 8½ games behind Arizona in the National League West, but ended it four games out of first place. The Dodgers went 6-1 while the rest of the division went 6-18, with no other team winning more than twice.

All in all, it was quite a week for the boys in blue.

Dodger Batter of the Week: This is the first of two very close battles. Yasiel Puig and Hanley Ramirez both had herculean efforts during the week in powering the offense and a suddenly formidable lineup. Hanley Ramirez gets the nod over Puig by the slimmest of margins, though both were electric.

Dodger Pitcher of the Week: In a normal week, Clayton Kershaw's continued mastery of the Giants might have been enough to capture the award, but despite his eight strong innings on Wednesday to beat San Francisco this award came down to the two starters who pitched twice this week. Both Stephen Fife and Hyun-jin Ryu allowed three runs in 13⅔ innings, alowed two home runs and struck out eight during the week. Fife has a slight advantage with three walks and a hit by pitch compared to Ryu's five unintentional walks. But Fife allowed eight hits compared to 15 for Ryu, and seven scoreless innings on Sunday were enough to give Stephen Fife the award. 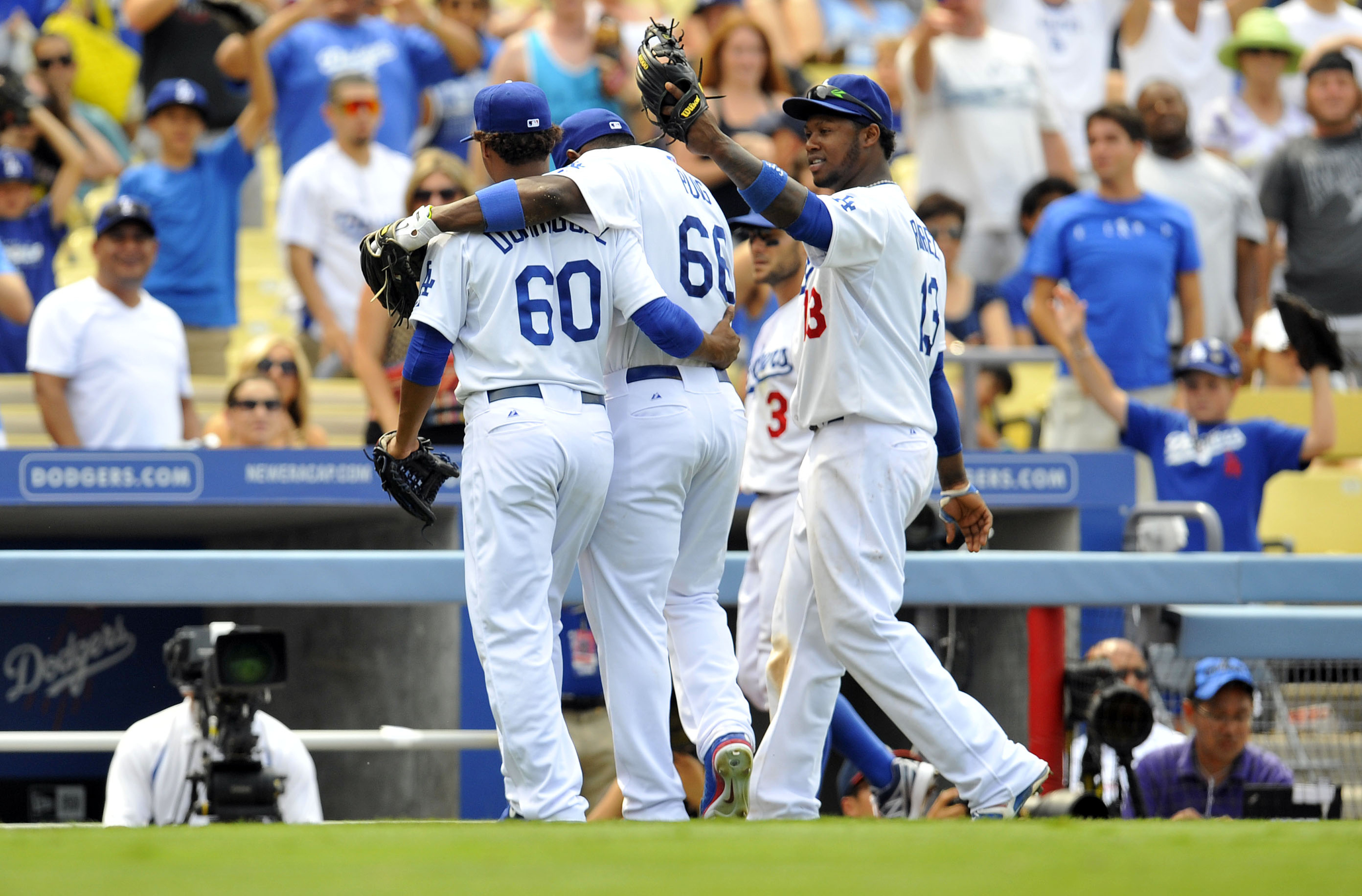 While the Kershaw-Lincecum game was nice and winning a game against Cliff Lee was welcome, Sunday's game was the best, with Puig's 4-hit game, Fife on the mound, and the debut of Jose Dominguez.

Upcoming Week: The Dodgers run the Ellis Burks gauntlet this week, hitting the road to battle the Rockies in Denver and to battle the Giants in San Francisco.