The Dodgers opened the week at 4.5 games back but head into the All-Star break at 2.5 games back in the National League West.

The Dodgers completed their successful gauntlet through the National League West, winning five of seven games, including a much-needed sweep in Phoenix.

Zack Greinke had his best week as a Dodger, with two scoreless outings on the mound and a 4-for-5 week at the plate. Greinke was even used as a pinch hitter during the week, and he walked.

Dodger Batter of the Week: The offense had a down week, but Hanley Ramirez continued his hot streak, hitting .296/.424/.481 with five RBI.

Dodger Pitcher of the Week: This is the easiest decision of the year, as Zack Greinke pitched 16 scoreless innings, including a shutout of the Rockies. Greinke gave up four hits and had four hits at the plate himself, to go with 16 strikeouts. 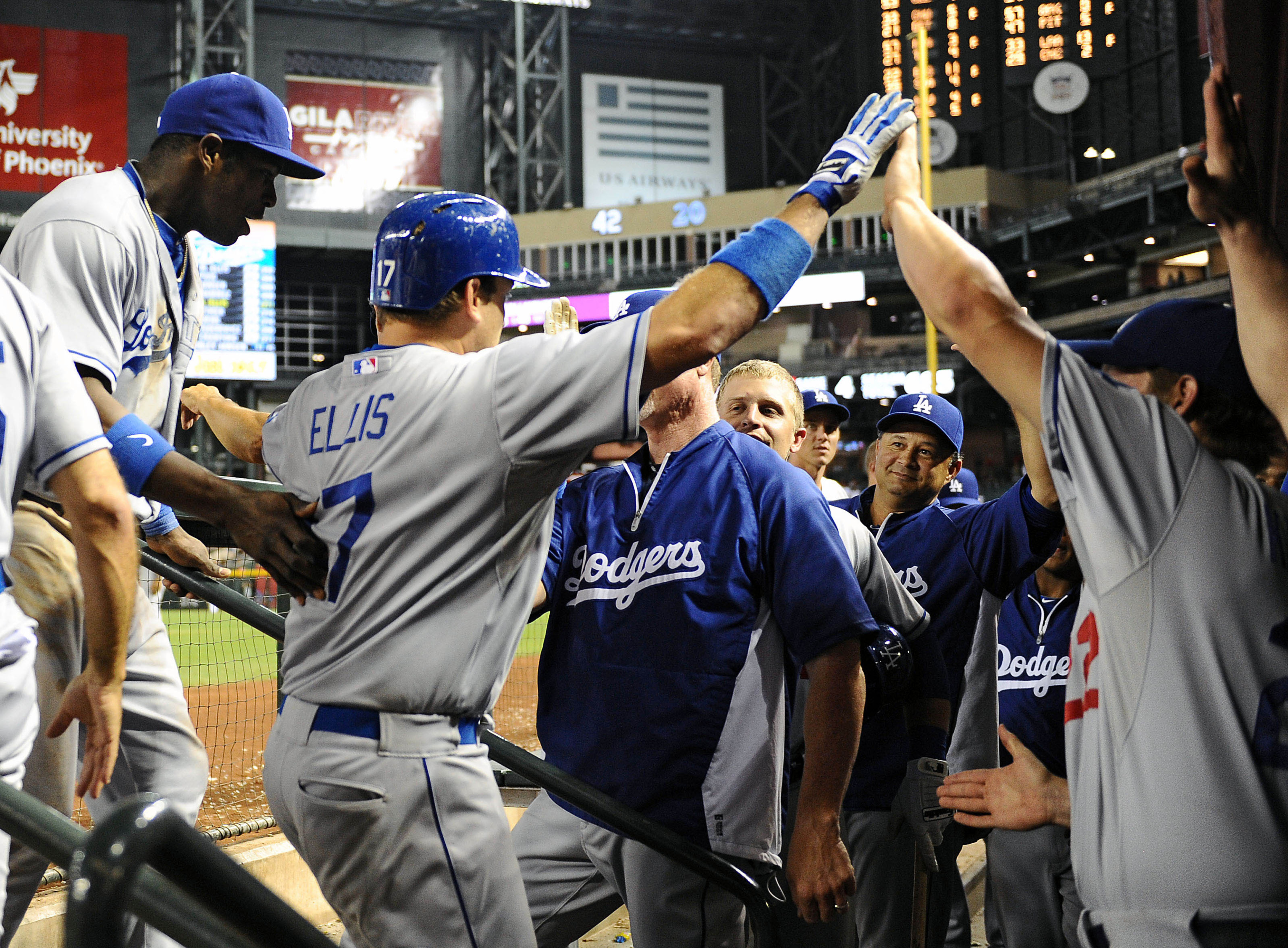 Down to their last strike in the ninth, the Dodgers tied it then won the game in 14 innings, after nine shutout innings from the bullpen.

Elite company: Greinke not only pitched a shutout on Saturday against the Rockies, but he also singled and stole a base. Since the Dodgers moved to Los Angeles in 1958, they have only had three pitchers steal a base and pitch a shutout in the same game: Claude Osteen (July 6, 1966), Orel Hershiser (Apr. 21, 1985) and Greinke.

Extra, extra: After the Dodgers tied the Diamondbacks in the ninth inning on Wednesday, they turned to rookie Chris Withrow to pitch the 10th. And the 11th. And the 12th inning. Withrow became the first Dodger to throw at least three scoreless frames in extra innings since Travis Schlichting, who pitched four scoreless inning in extras on June 2, 2010.

Upcoming Week: The Dodgers run the Hubie Brooks gauntlet this week, with Kershaw headed to Citi Field in New York for the All-Star Game, followed by the unofficial second half of the season in Washington D.C. against the Nationals.