The Dodgers and Cubs exchanged a pair of relievers who were designated for assignment in the last week.

The Dodgers made official on Tuesday their trade for Carlos Marmol. The Cubs sent the volatile relief pitcher to Los Angeles plus cash and international bonus slot No. 92, in exchange for reliever Matt Guerrier.

Both pitchers were designated for assignment last week; Marmol on Tuesday, Guerrier on Sunday.

Is Marmol worth it? 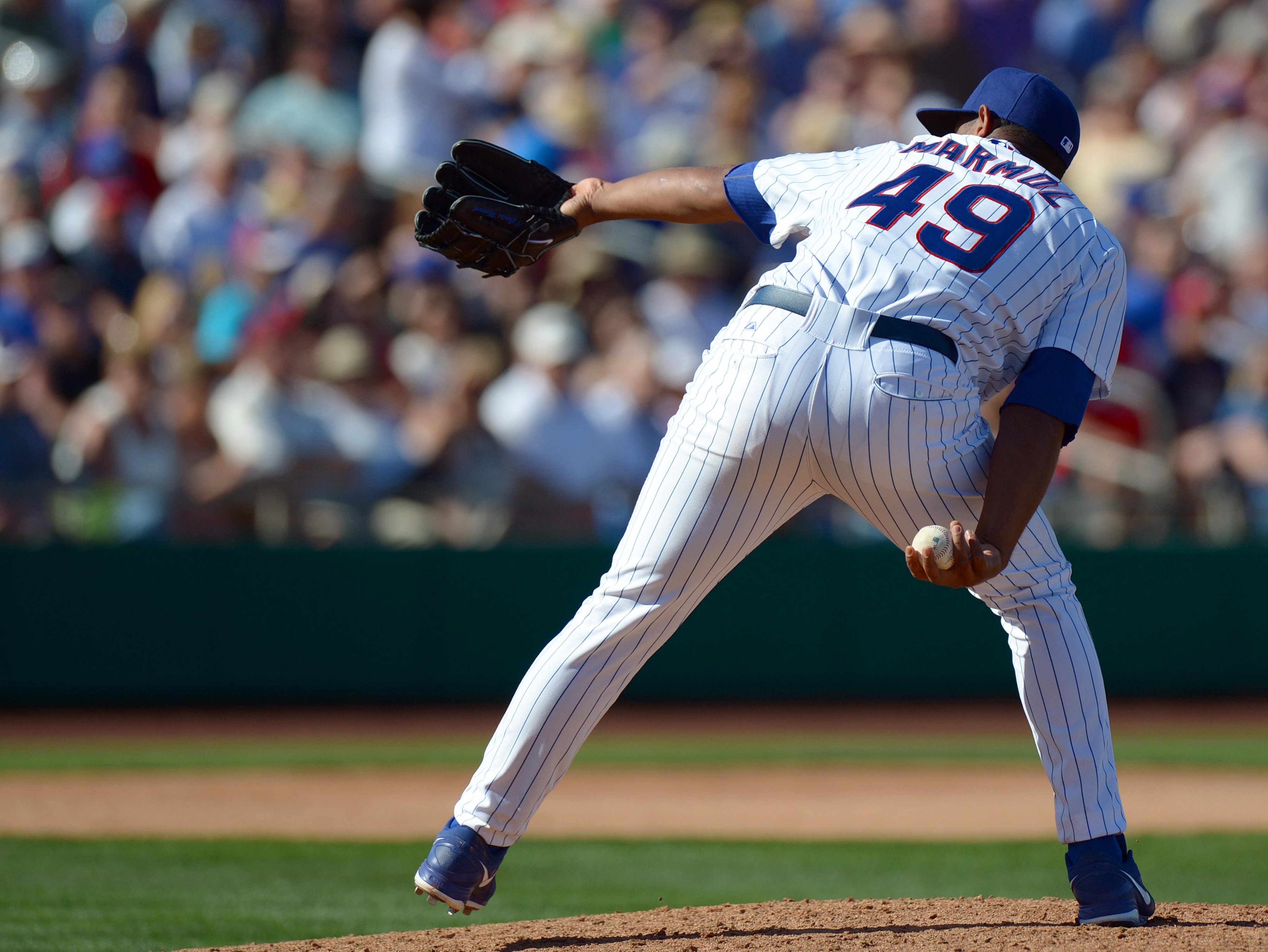 The No. 92 international bonus slot is worth $209,700, which gives the Dodgers more money to spend on bonuses for international amateurs. Tuesday is the first day of the international signing period, which runs through June 15. The Dodgers' new international cap is $2,322,600.

Bill Plunkett of the Orange County Register says the Dodgers are paying a "little more than half" of Marmol's remaining salary, while Dylan Hernandez adds a little more detail, saying the trade adds "around $500k" to the Dodgers' payroll. Which means the Cubs sent the Dodgers roughly $2.5 million.

Anything Marmol produces on the field is gravy on the cake.

The Dodgers will need to make a move to activate Marmol whenever he joins the team.