Down to their last out, the Dodgers rallied to tie then rallied to win in extra innings for their 10th consecutive road victory, their longest road winning streak in 58 years.

Home runs by Mark Ellis and Yasiel Puig keyed a five-run 10th inning for the never-say-die Dodgers, who rallied to beat the Blue Jays 8-3 on Wednesday night at Rogers Centre in Toronto. The victory continued a remarkable run for the Dodgers, with many accomplishments checked off along the way.

For the second time during the road winning streak, the Dodgers found themselves down to their final out, trailing in the ninth inning. On Wednesday, Puig was on first base and tried to steal second when Andre Ethier singled to center. The AstroTurf bounce confounded center fielder Colby Rasmus but given the way Puig was running it might not have mattered anyway.

The win was the sixth in a row overall for the Dodgers, and their 23rd win in their last 28 games.

The Dodgers have scored eight or more runs in four straight games for the first time since Sept. 9-11, 1985.

For a while it looked like that win wasn't in the cards. The Dodgers had chance after chance against Esmil Rogers all night, scalding the ball all over the field. But they only scored two runs in seven innings despite reaching base 12 times. 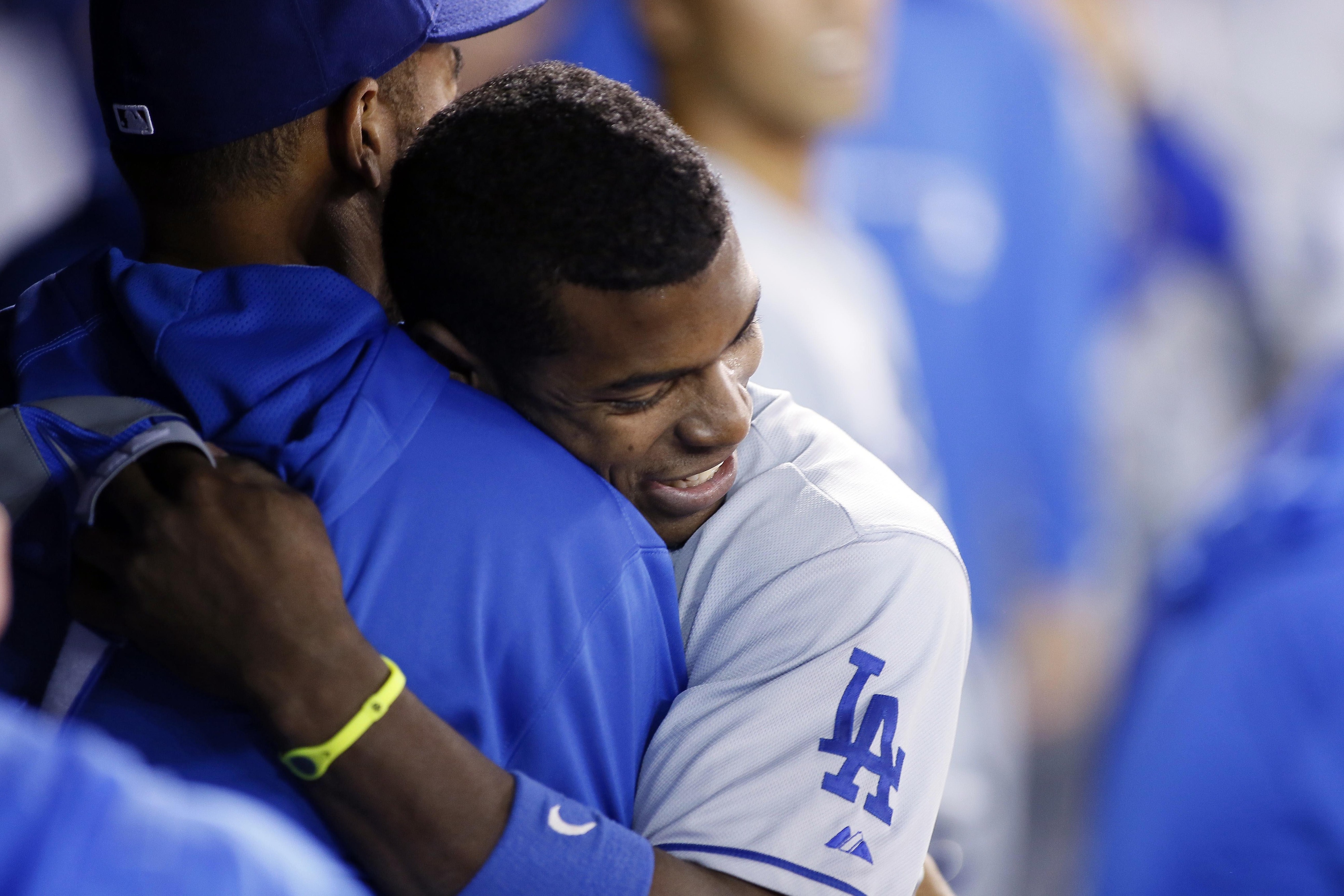 Puig had plenty of reasons to hug.

In the end though the Dodgers found a way, and they return home undefeated since the All-Star break.

The Dodgers return home for a four-game series against the Reds beginning Thursday night at Dodger Stadium. Zack Greinke starts the opener for the Dodgers, facing Mat Latos for Cincinnati.