The Dodgers, winners of 25 of their last 31 games, moved 1½ games ahead of the Diamondbacks in the National League

Hyun-jin Ryu rebounded from a shaky July with a magnificent performance, and was backed on offense by Skip Schumaker as the Dodgers beat the Reds 4-1 at Dodger Stadium. The victory was the second straight for the Dodgers and their eighth win in their last nine games.

Ryu entering Saturday's game had allowed nine runs in his last two starts and had a 5.82 ERA in his three July starts, so he was in need of a good outing. After striking out nine in his last three starts combined, Ryu struck out nine Reds on Saturday for his ninth win of the season. 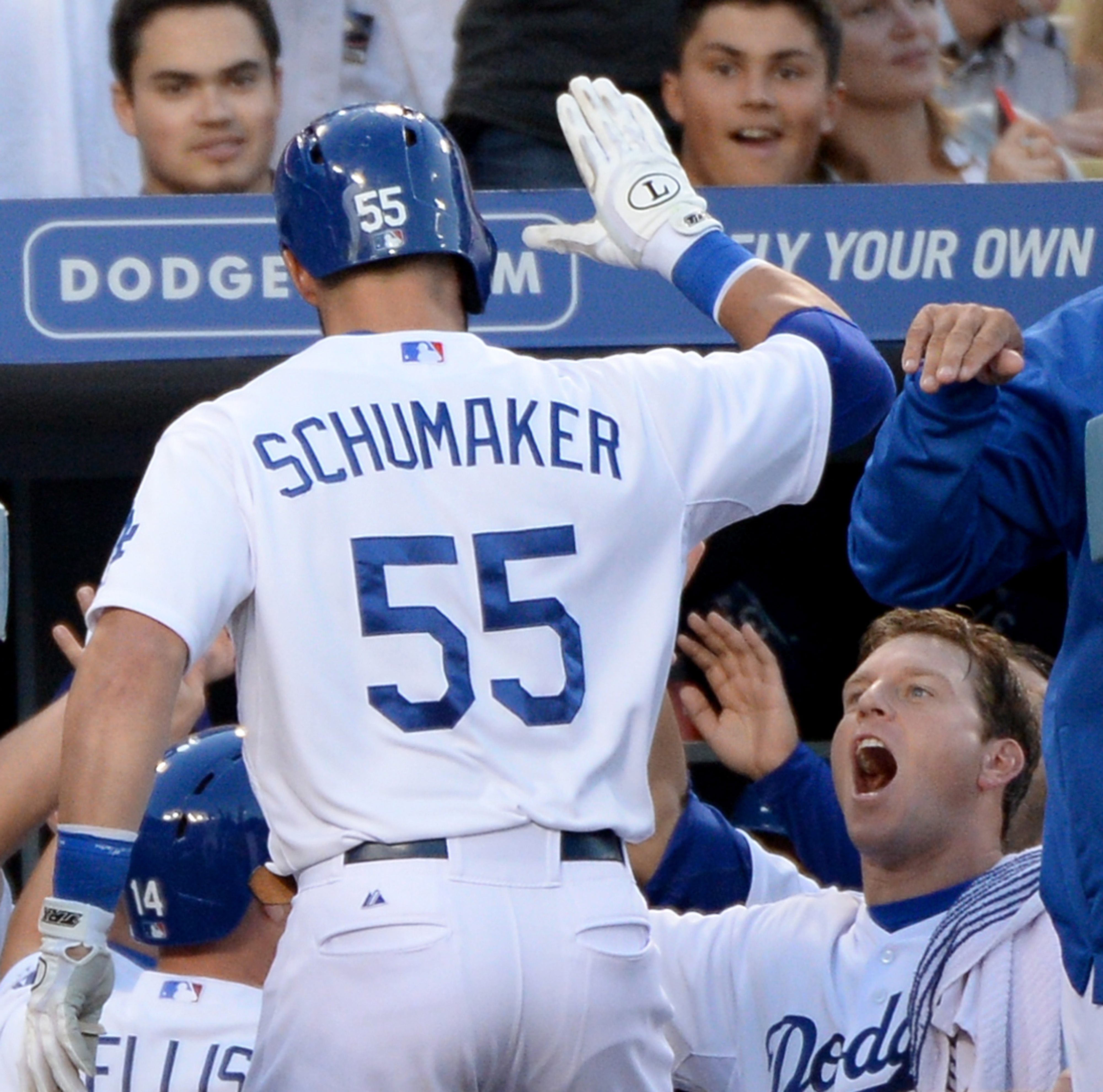 The Dodgers have won six consecutive Ryu starts, and the left-hander continues to shine at home.

Ryu retired the final 13 batters he faced on Saturday and allowed just two hits and a walk to go with his nine strikeouts in seven innings. In 10 starts at Dodger Stadium he is 5-1 with a 1.83 ERA with 58 strikeouts and 18 walks in 68⅔ innings.

Schumaker, starting in place of a feverish Carl Crawford in left field, remained hot in his own right. His two-run home run not only broke a 1-1 tie in the fifth inning, but it also extended his streak of eight consecutive starts with a hit. Schumaker in is career is hitting .373 (19-for-51) against Reds' starter Bronson Arroyo, who took the loss.

Schumaker also doubled and was 2-for-4 on the night. Since switching his uniform number from three to 55 on July 9, Schumaker is hitting .382/.400/.647. The Redondo Beach native was happy to hit his first Dodger Stadium home run.

"Actually hitting a home run here is surreal, and it's something I'll never forget," Schumaker told Steve Lyons on Prime Ticket after the game, "I dreamed about it as a kid, hitting a home run at Dodger Stadium. It doesn't get any better than that."

The Dodgers will remain unbeaten in their last 11 series no matter what happens on Sunday, but Chris Capuano takes the mound to see if he can make it 8-0-3 rather than 7-0-4. Rookie left-hander Tony Cingrani makes his 12th major league start in the series finale.