The Dodgers began the week in second place but ended it with a 2½-game lead in the National League West thanks to continuing one of the greatest hot streaks in franchise history.

The Dodgers faced a series of challenges this week but conquered them all, somehow winning six of seven games to take a stranglehold on first place in the National League West.

After owning the worst interleague road record in baseball since 2005, the Dodgers won all three games in Toronto against the Blue Jays, scoring 32 runs in the process. After a blowout win on Monday that saw the Dodgers score a season-high 14 runs, the Dodgers won a pair of games they had little business winning. On Tuesday, down 8-3 in the seventh inning the Dodgers had between a 2-2.3% chance of winning, but they emerged with a 10-9 triumph. On Wednesday they trailed by a run in the ninth inning and were down to their last out, roughly an eight percent chance to win, but they managed to tie in the ninth then exploded for five runs in the 10th for an 8-3 win.

After the sweep in Toronto the Dodgers opened a tough four-game series with a home loss to the Reds but responded with three very similar victories. The formula was simple: ride a stellar outing from the starting pitcher, get a key home run, then watch the bullpen close out the win. Clayton Kershaw and Hanley Ramirez did the honors on Friday, Hyun-jin Ryu and Skip Schumaker teamed up on Saturday, then Chris Capuano and Yasiel Puig were the Sunday stars, with Puig providing the signature moment of the week with his first career walk-off home run.

The team is getting contributions from a large group of players and is providing an absolutely thrilling brand of baseball. In a week of must-see baseball, the Dodgers pocketed six wins and gained three games in the standings.

Dodger Batter of the Week: After a couple weeks of slumping brought his numbers down from otherworldly to simply superstar level, Yasiel Puig heated back up against Toronto and Cincinnati, hitting .393 (11-for-28) with four walks and two home runs, including the cap to the week on Sunday.

Just about every regular position player contributed, which led to nearly six runs scored per game, and honorable mention goes to Skip Schumaker, who hit .353 (6-for-17) with his first two home runs of the season.

Dodger Pitcher of the Week: Continuing his stellar July, and season, Clayton Kershaw allowed just one run in eight innings in a win over the Reds on Friday night, with eight strikeouts and no walks.

Honorable mention goes to Kenley Jansen, who pitched five of the last six days and saved three games, and to Brandon League, who pitched 4⅔ scoreless innings in his three appearances and picked up three relief wins. 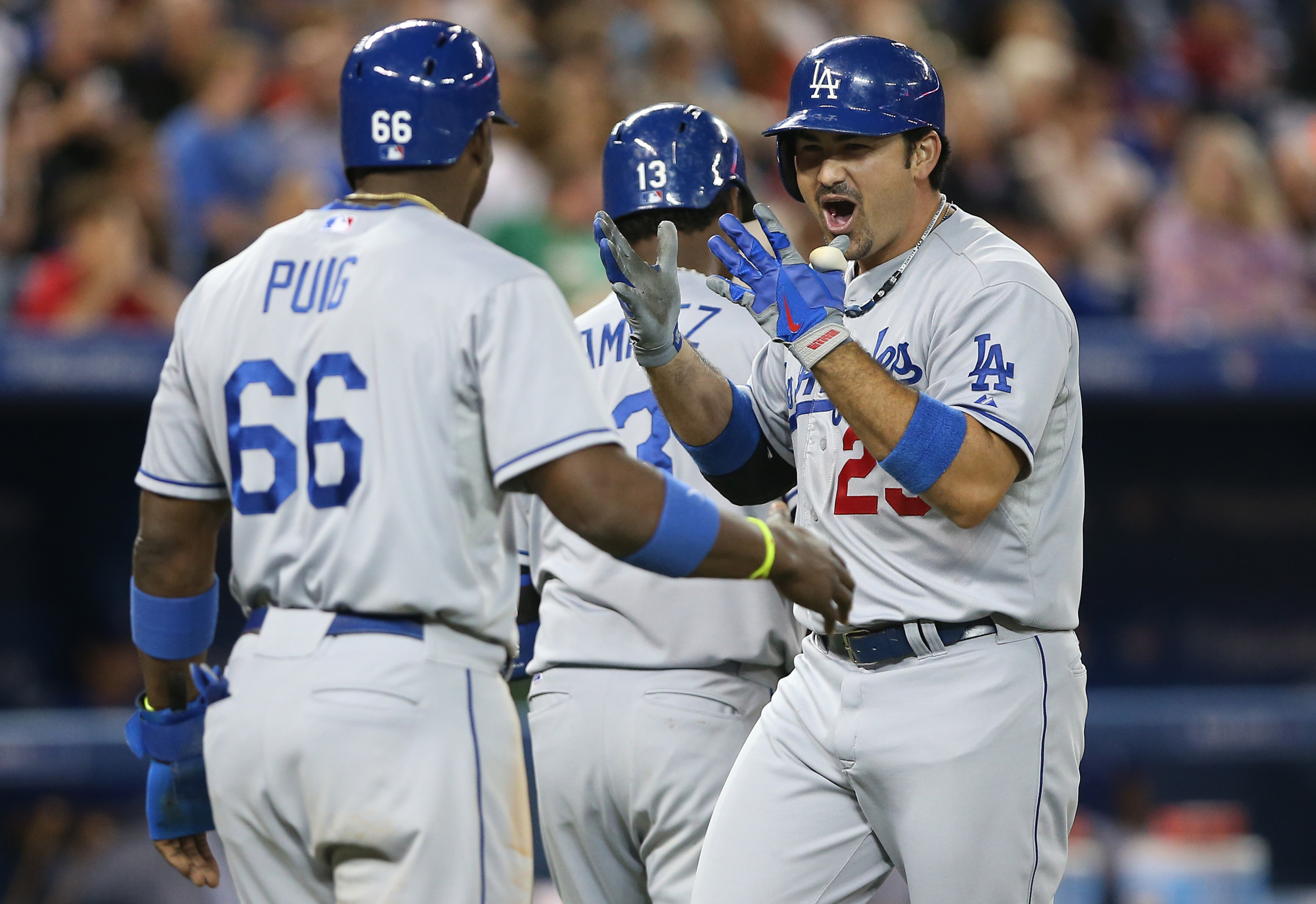 Down five runs after six innings, no problem for Dodgers.

Upcoming Week: The Dodgers run the Bobby Murcer gauntlet during trade deadline week, hosting the Yankees for two games then heading to Wrigley Field for four games against the Cubs, in an up close reenactment of the 1932 and 1938 World Series.