The Dodgers have gained seven games in 10 days in the division. It brings to mind three National League West races of recent vintage.

Share All sharing options for: Dodgers no stranger to furious NL West run

The Dodgers are in the midst of one of the craziest runs in recent memory. They crawled out of last place on Tuesday for the first time in nearly two months, part of a streak that has seen them gain seven games in 10 days. Welcome to the wild, wild National League West.

What makes this run unique is that the Dodgers have gained all that ground on the Diamondbacks without playing Arizona during this stretch. The last 10 days have been almost exactly a best case scenario for the Dodgers, as they are 8-1, with more wins than the rest of the division combined, at 7-28.

The Dodgers still have plenty of work to do, as they are still under .500 (39-43) and are still 2½ games back in the division. But this run is reminiscent of three division memorable races.

The Dodgers headed to Atlanta on July 30 for a doubleheader, and trailed Joe Torre's Braves by 10½ games in the NL West. The Dodgers swept the Braves in both the doubleheader and the four-game weekend series, then beat Atlanta four more times the next weekend at Dodger Stadium. In a mere 12 days, the Dodgers gained 11 games in the standings and found themselves atop the division on August 10.

The fairy tale didn't end well that season though for the Dodgers, as they lost the division by a single game to the Braves. A one-game divisional playoff, scheduled for Dodger Stadium, was averted when Joe Morgan homered off Terry Forster on the final day of the season to lift the Giants over the Dodgers.

The Dodgers trailed the Padres by just two games at the All-Star break but came out to start the second half very flat. The club was swept in four games in St. Louis and lost 13 of 14 games, including eight straight to drop them eight games under .500 (47-55).

The Dodgers immediately responded with an 11-game winning streak and won 17 of 18 games. The Dodgers in 19 days turned a seven-game deficit into a 3½-game lead in the NL West, and that was comparable to 2013 as the Dodgers didn't face the Padres once as they gained on them. 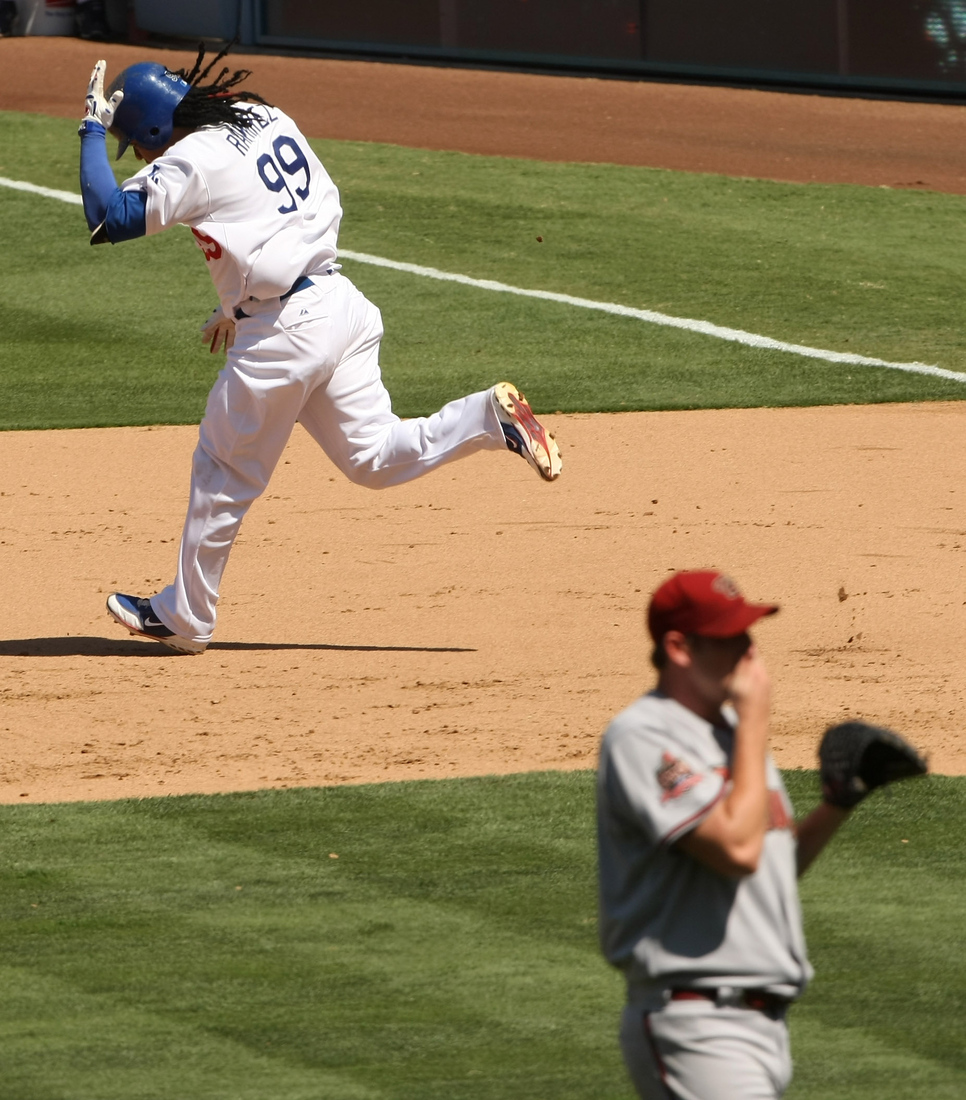 Even with shiny new toy Manny Ramirez in tow, the Dodgers lost eight straight games. The final loss came on Aug. 29 in Arizona against the Diamondbacks, who led the Dodgers by 4½ games in the division. Manny and company followed their eight game losing streak with an eight-game winning streak, including wins over Brandon Webb and Dan Haren in back-to-back weekends.

Twelve wins in 13 games let the Dodgers turn a 4½-game deficit into a 4½-game lead in just 16 days. That season seems comparable to 2013 as the division-winning Dodgers ended up winning only 84 games.

Entering play on Wednesday, Arizona is the only team in the NL West with a winning record, at 42-41. They have lost eight times in their last nine games, as have the Giants, who were no-hit on Tuesday in Cincinnati. The next two stops for the Dodgers on the road trip are in San Francisco, then Arizona.