Arizona won as well on Wednesday so the Dodgers remain 2½ games back, but the Dodgers moved into a virtual tie with the Rockies for second place in the National League West.

The Dodgers are so hot right now they seem to overcome just about anything these days. The Dodgers won their fourth straight game on Wednesday night, a 10-8 victory over the Rockies in a vintage Coors Field affair.

An uncharacteristically wild and mediocre start from Zack Greinke? No problem. He even got the win. Yasiel Puig, the second hottest hitter on the planet, crashes into history's greatest monster, the wall at Coors Field? No problem, the Dodgers simply had their best offensive game of the season.

Hanley Ramirez went 4-for-5 with a home run and a double to extend his hitting streak to 14 games. During that streak, Ramirez is hitting a cool .500 (27-for-54) with six home runs and five doubles. That puts him past Puig as the hottest hitter on the planet, though their numbers have been strikingly similar on the season.

That dynamic duo has fueled the Dodgers winning 10 of 11 games, but on Wednesday they weren't alone.

Wednesday was the first game in 2013 in which the Dodgers scored 10 runs.

The last time the Dodgers hit four home runs in a game was Aug. 18, 2012 in Atlanta, when Ramirez homered twice and Luis Cruz and James Loney homered once each. 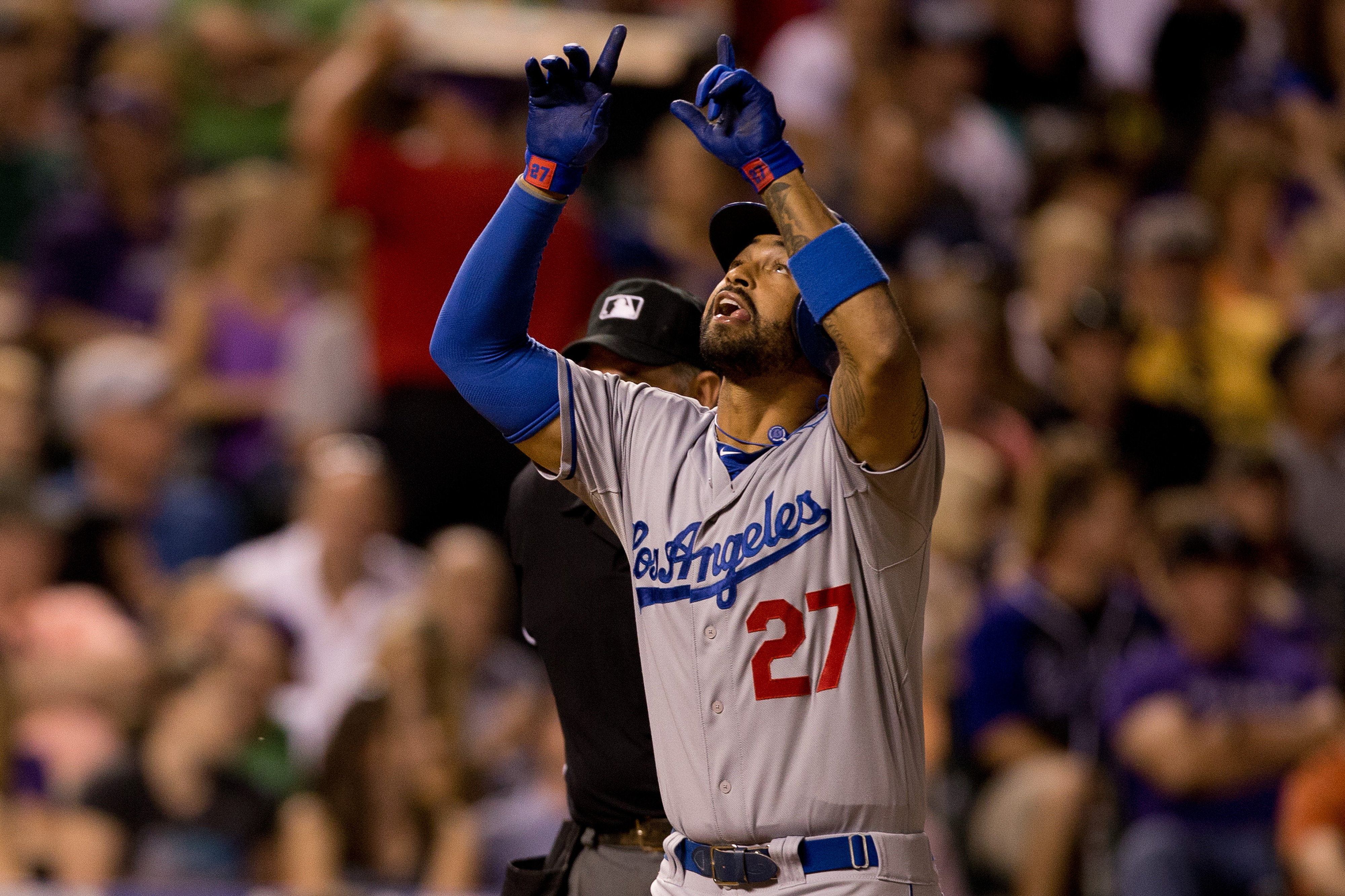 Matt Kemp had two hits, including his third home run of the season.

Matt Kemp was 2-for-5 and hit a home run in the ninth inning, his first since getting activated from the disabled list. Kemp drove in two runs on the night.

Juan Uribe hit a two-run home run, part of a four-run fourth inning that allowed the Dodgers to erase a 4-1 lead and take the lead for good. The Dodgers hit for the cycle in the fourth, including a triple by Mark Ellis, who had three hits.

Every Dodgers starter had at least one hit and Skip Schumaker, who entered the game in the sixth inning when Puig left, had two hits.

That was enough to overcome a wild Greinke, who walked a season-high seven in his five innings. But Greinke, despite allowing five runs, left with the lead and picked up his sixth win of the season.

The last Dodgers pitcher to walk seven in a win was Edwin Jackson on Sept. 27, 2003 against San Francisco. Jackson walked eight that day, in his fourth major league start.

Jose Dominguez tasted his first big league adversity in allowing a pair of runs in the seventh inning, but Paco Rodriguez saved his further bacon by recording the last two outs of the frame. Rodriguez also got the first two outs of the eighth, then Kenley Jansen recorded the final four outs to pick up his eighth save.

Jansen did walk Wilin Rosario to lead off the ninth inning, the first walk for the Dodgers closer since May 19. Jansen went 71 batters and 28 strikeouts in between free passes.

The Dodgers go for the sweep on Thursday night with Chris Capuano on the hill, facing Jhoulys Chacin for Colorado.