Clayton Kershaw was brilliant through eight innings on Wednesday night but despite throwing just 97 pitches was pulled in a tie game. His replacements did not fare quite as well in a sloppy ninth inning as the Dodgers fell to the Yankees 3-0 at Dodger Stadium.

The loss lowered the Dodgers' lead in the National League West to 2½ games over Arizona.

Kershaw retired 12 straight batters until a pair of two-out ground ball singles in the eighth inning. He ended the inning at 97 pitches, and even batted for himself in the bottom of the inning, sacrificing Juan Uribe into scoring position.

But instead of Kershaw starting the ninth inning, Ronald Belisario opened the inning. It may not have been manager Don Mattingly's preference to remove Kershaw after just 97 pitches, per J.P. Hoornstra of the LA Daily News.

Clayton Kershaw said he put Don Mattingly in a tough spot in the 8th inning, but didn't want to say what he said to DM.

Whatever Kershaw said, that's what prompted DM to take him out of the game. Might have related to bunting Uribe over. Not sure.

Belisario walked Derek Jeter to start the inning, but then got two outs. After an intentional walk to Ichiro Suzuki, left-hander Paco Rodriguez was brought in to face the left-handed Lyle Overbay. But Rodriguez, who last allowed a hit to a left-handed batter on July 3, gave up an RBI single to center field for a 1-0 Yankees lead.

Mattingly was later ejected for arguing balls and strikes with third base umpire Bill Miller, who called a swing by Overbay on the 0-1 pitch but declined to do so on a similar swing on the 0-2 pitch.

Left-handed batters were 1-for-14 with eight strikeouts and a hit by pitch against Rodriguez in July before Overbay's go-ahead single. Overbay had all three Yankees RBI in the two-game series.

Jayson Nix followed with a pop up to shallow right field. As second baseman Mark Ellis went out right fielder Yasiel Puig came in, and the near collision resulted in a distracted Ellis dropping the ball, allowing two more runs to score to essentially put the game away. 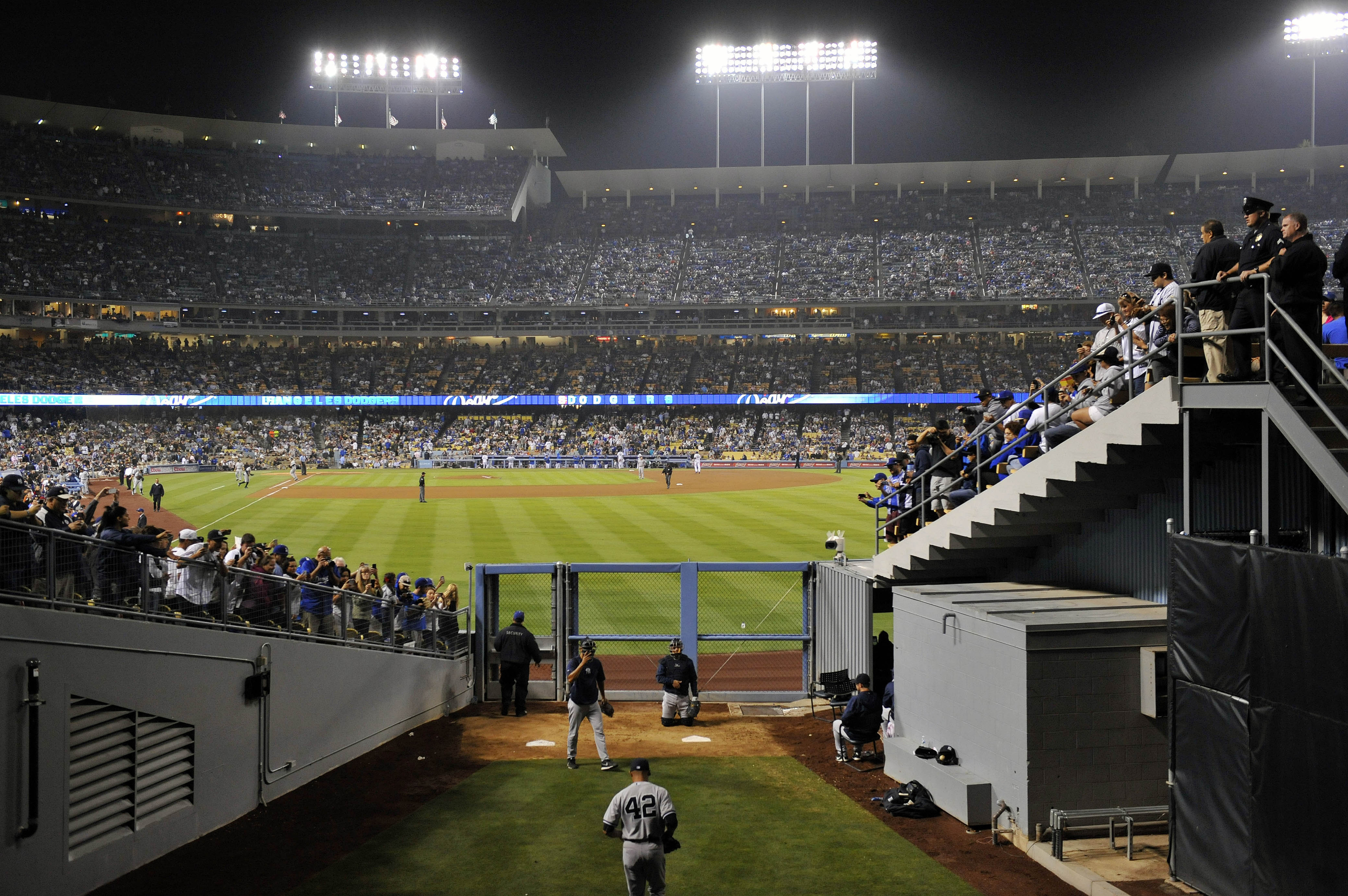 43-year-old Mariano Rivera picked up his 34th save of the season.

The 3-0 lead was more than enough for Mariano Rivera, who retired the side in order in the ninth, including two strikeouts, for his 642nd career save.

For Hiroki Kuroda, Wednesday had to be familiar. He was brilliant in a start at Dodger Stadium, only to see his team not give him the requisite run support. Kuroda pitched seven scoreless innings, his fourth scoreless outing in five July starts. He struck out eight and allowed just five hits and a walk in his return to Dodger Stadium.

Kershaw completed one of the greatest months of his career with seven runs allowed in six starts, in 47 innings. He was 4-1 with a 1.34 ERA during the month with 43 strikeouts and two walks. He lowered his seasonal ERA to 1.87.

But for the fourth time this season and the ninth time since the beginning of 2012, Kershaw allowed zero or one run in seven or more innings in a game he didn't win.

The Dodgers' offense managed just six hits and two walks on the night.

The Dodgers hit the road for a two-city, eight-game road trip through Chicago and St. Louis. Ricky Nolasco starts the opener at Wrigley Field against the Cubs on Thursday night, on seven days of rest. Rookie left-hander Chris Rusin gets the start for Chicago in the opener of the four-game series.