Dodgers vs. Rockies: Kenley Jansen has been in control this season

Share All sharing options for: Dodgers vs. Rockies: Kenley Jansen has been in control this season

As the Dodgers try to sweep the Rockies on Thursday, they may have to turn to closer Kenley Jansen, who has been busy of late. The Dodgers have won 10 of their last 11 games and Jansen has pitched in seven of the 10 victories. Jansen had a remarkable streak end on Wednesday night.

Jansen recorded four outs for the save on Wednesday, but when he walked Wilin Rosario to open the ninth inning a streak ended. Jansen hadn't walked a batter since May 19, and went 18 appearances, 71 batters and 28 strikeouts in between free passes.

Jansen's 18 consecutive appearances without a walk is tied with Tom Martin for the fifth-longest streak since the Dodgers moved to Los Angeles in 1958. Three of the top six were left-handed specialists, with much shorter appearances. 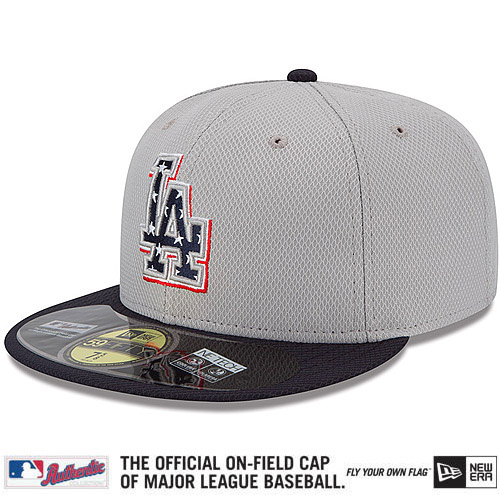 Teams all across baseball will wear these 'Stars & Stripes' caps on Thursday, with home teams wearing white caps and road teams wearing gray. All proceeds from the sale of these caps will go to Welcome Back Veterans.

Eric Gagne in his first year as closer, in 2002, had a 25-game streak without a walk. He went 29 innings and 104 batters in between walks and struck out 43 during that span.

Jonathan Broxton had a 19-game streak in 2007, before he was a closer. He went 19 innings and 72 batters in between walks, with 21 strikeouts during that span.

Note: an errant click found that the longest streak by an LA Dodger pitcher without a strikeout was by lefty Omar Daal, who had a 17-game streak in 1994-1995.

Jansen has been remarkable this season, especially with command and control. He has a 2.35 ERA to go with 59 strikeouts and seven walks, including one intentional free pass. His walk rate is less than a third than it was in 2010, and has gone down in each soon of his career.

With wins in the first two games against the Rockies, the Dodgers have won a series at Coors Field for the first time since Sept. 27-29, 2010. The Dodgers were 7-14 since that three-game sweep near the end of the 2010 campaign.