The Dodgers have lost all three series against the Diamondbacks so far in 2013.

The two hottest teams in the National League West face off in Phoenix beginning Monday night. The Dodgers, winners of 12 of their last 15 games, end their nine-game road trip against the Diamondbacks, winners of five straight. Here is a look at the schedule and pitching matchups for the three-game series at Chase Field. 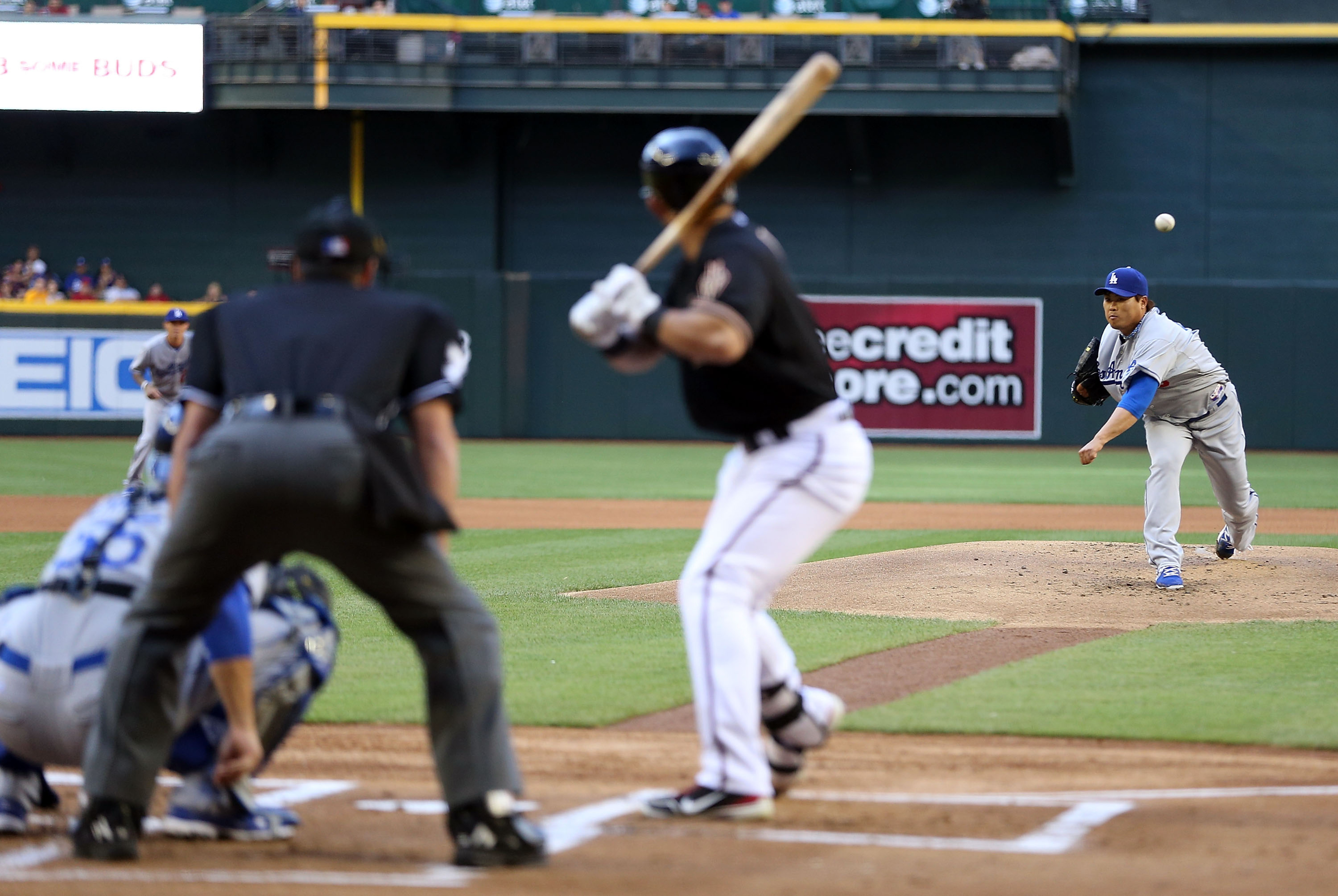 Trying to discern a pattern from Zack Greinke's starts this year has been tough. He has been up-and-down since returning from collarbone surgery and though he has won his last two starts this qualifies as a down period. Greinke has allowed nine runs and 26 baserunners in 12 innings in his last two starts, but the Dodgers have won both with a total of 16 runs scored. Randall Delgado since getting recalled from Triple-A Reno has a 3.24 ERA in four starts, including three quality starts, 22 strikeouts and four walks in 25 innings.

Ricky Nolasco makes his Dodgers debut, on five days rest after striking out seven in seven innings for the Marlins in Atlanta on Wednesday. Nolasco faced the Diamondbacks once earlier this season, on May 19, and struck out a season-high 11 in eight innings in a 2-1 win. Through a quirk of scheduling and for serving his 10-game suspension for his role in the Dodger Stadium brawl on June 11, Ian Kennedy hasn't started at home since May 15. Kennedy in his last seven starts, all on the road, is 1-1 with a 5.75 ERA, and Arizona has lost five of those seven games.

Hyun-jin Ryu has 14 quality starts in 17 starts this season, including eight straight. He has faced the Diamondbacks twice this season and in both games qualified for a quality start by the absolute minimum standard, with three earned runs in six innings in each game. Tyler Skaggs, who turns 22 on Saturday, was recalled on July 5 and pitched eight scoreless innings in a win over Colorado. In four major league starts this season Skaggs has a 3.65 ERA with 22 strikeouts and seven walks in 24⅔ innings.