Sure, the Dodgers' run was great before last week, as they followed a 17-5 record heading into the All-Star break with a 14-2 hot streak after the break. But the Dodgers lost shortstop Hanley Ramirez to a jammed shoulder last Sunday, and had to face the Cardinals, the team with the best run differential in baseball heading into last week, and the Rays, a team nearly as hot for as long as the Dodgers. It was the Dodgers' greatest test of the year.

They passed with flying colors.

The Dodgers played seven games, won six and in doing so outscored St. Louis and Tampa Bay 42-20. After getting a rare series win in St. Louis, the Dodgers came home to sweep the Rays, including winning a game from down 6-0 against ace David Price.

The Dodgers ran their franchise record road winning streak to 15 games before actually losing a game, and Kenley Jansen ran his string of consecutive batters retired to 27, a pseudo perfect game, before actually giving up a hit.

Even better for Jansen was that he got rest this week. The most common way to rest a closer is by losing but the Dodgers chose a different tactic, with four wins by at least four runs. On the night Jansen was given off after pitching nine times in the previous 13 days, Monday, Paco Rodriguez filled in with a two-inning save.

As for the void at shortstop, Nick Punto and Dee Gordon filled it nicely on offense, combining to hit .462 (12-for-26) with a .548 on-base percentage. Punto hit so well, he gets a free pass for adopting this Miley Cyrus song as his anthem:

The hard-charging Dodgers are an eye-popping 20-3 since the All-Star break and it's easy to believe manager Don Mattingly when he says, "We feel like we can win every day."

Dodger Batter of the Week: In a week of so many candidates, this goes to Carl Crawford, who consistently set the table all week and hit .462 with a .517 on-base percentage, three doubles, a steal and seven runs scored. He narrowly beat out Yasiel Puig, who hit .375/.531/.583 with eight bases on balls, matching his walk total from his first 43 games and 181 plate appearances.

Dodger Pitcher of the Week: Hyun-jin Ryu takes the award for allowing just one unearned run in seven innings to close out the series win in St. Louis on Thursday, with nine strikeouts and no walks. Both Zack Greinke and Clayton Kershaw were also great, and in two starts each. The starters combined for a 2.09 ERA, while the bullpen put up a 1.89 ERA.

Honorable mention goes to Paco Rodriguez, who pitched four scoreless innings, including the Dodgers' first two-inning save since 2009. Rodriguez, like Jansen, didn't even have to pitch during the weekend sweep of Tampa Bay. 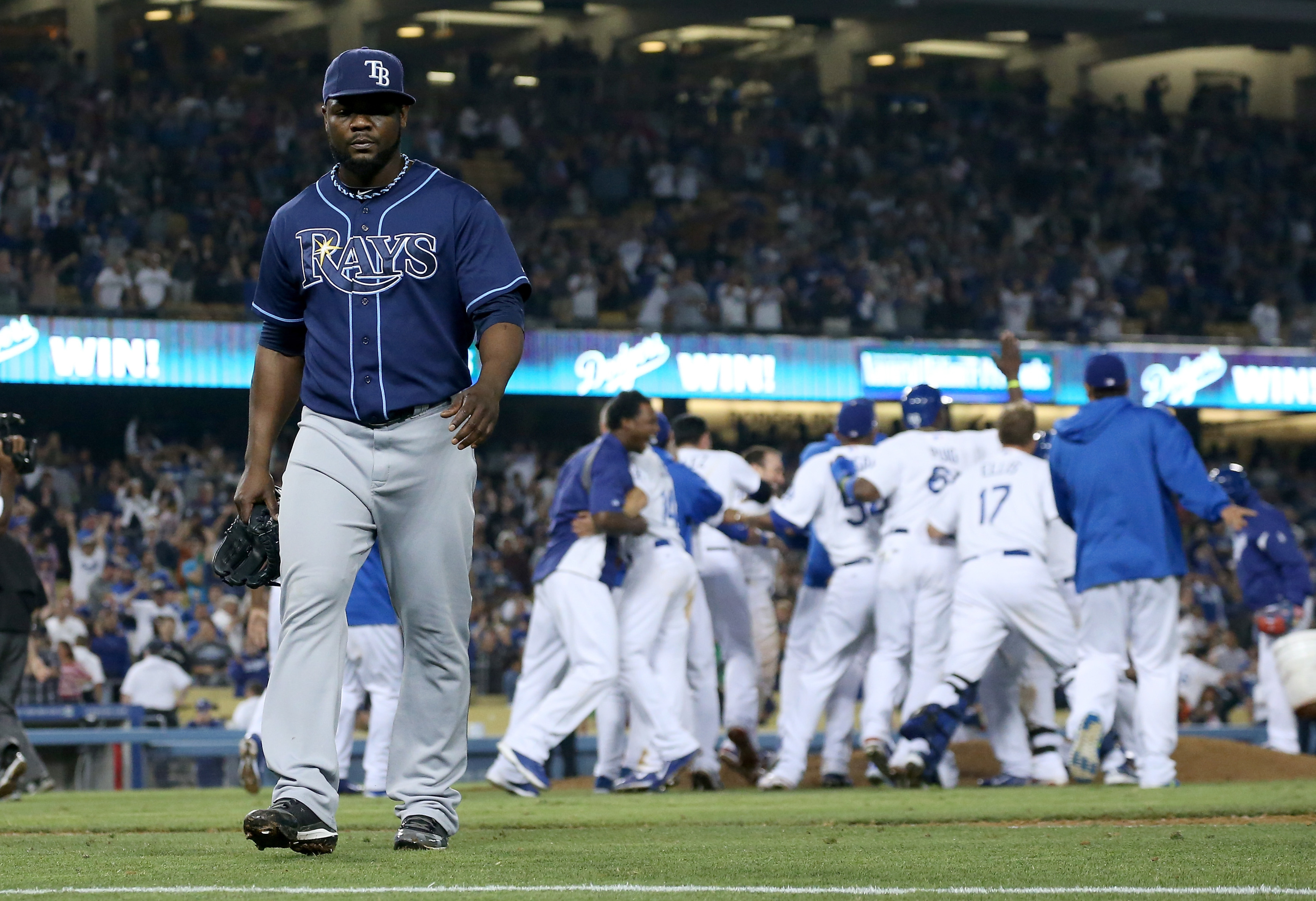 Down 6-0 in the seventh inning against David Price, the Dodgers staged an epic comeback for their signature win of the season.

Upcoming Week: The Dodgers run the Juan Samuel gauntlet, with three home games against the Mets followed by a weekend trip to play the Phillies in the city of brotherly love.