The Dodgers rookie will fall short of the required plate appearances needed, but could still potentially win the National League batting title if he continues his blistering pace.

Share All sharing options for: Can Yasiel Puig win the batting title?

The very question itself seems absurd. After all, Yasiel Puig didn't debut until June 3, a full two months into the season. Of course he can't win the batting title. Right?

Even if Puig did win a batting title, what are we really talking about? I am not willing to fully dismiss batting average as useless, but it's pretty clear there are far more important statistics. The problem is, nobody gets a big silver bat for leading the league in on-base percentage, slugging percentage, OPS, wRC+, or WAR.*

I grew up with batting average, and the triple crown stats being shown on television as each player batted. For the few games that were actually televised. It's a new age now, but leading your league in batting average is still cool in my book.

*In case you were wondering, the last Dodger to lead the NL in OBP, slugging, OPS or wRC+ was Pedro Guerrero, all in 1985. Matt Kemp led the NL in Wins Above Replacement in 2011.

But for Puig, as great as he has been, to join Davis he'll have some work to do. The stats:

Puig is currently hitting .371, but lacks enough plate appearances to qualify for the lead. Chris Johnson of the Braves is the current NL batting average leader at .338.

To qualify for the batting title a player needs 3.1 plate appearances per team game played. Right now for the Dodgers, through 118 games, that means 366 PA are needed, leaving Puig 104 shy. But he has time to make a large dent in that gap.

We've been here before 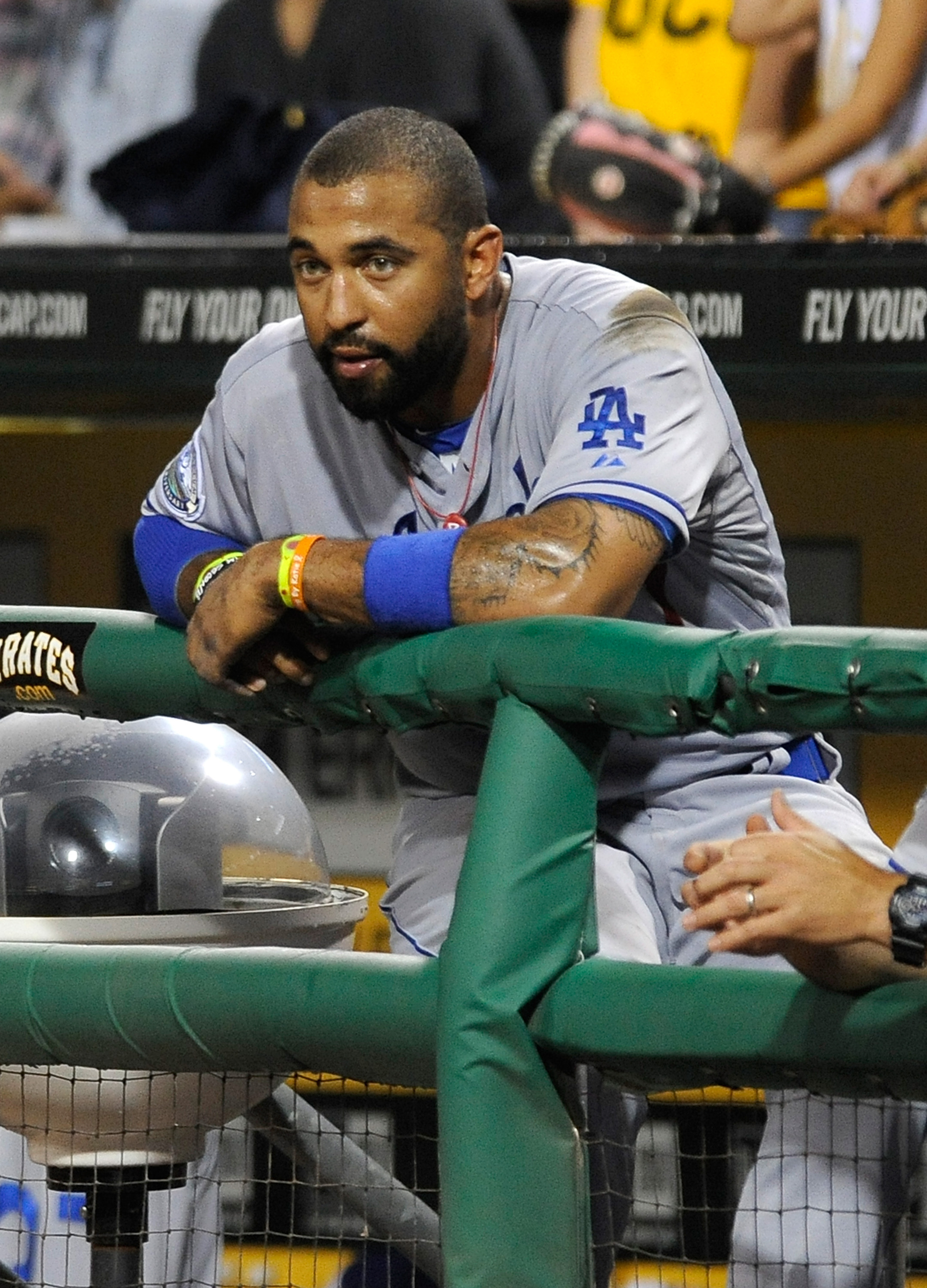 That would give Puig 198 plate appearances over the final 44 games, and 460 for the season. That's 42 PA shy of qualifying. But that wouldn't necessarily end Puig's batting title quest.

If a player falls short, he is given the requisite number of theoretical hitless at-bats to allow him to qualify. In 1996 Tony Gwynn hit .353 in 498 plate appearances, and since an 0-for-4 would have lowered his batting average to .349 - still better than second place Ellis Burks' .344 - Gwynn was awarded the batting title.

Now the question becomes how well does Puig have to hit to build enough cushion to absorb 40 or so hitless at-bats?

First, we need to estimate how many of those plate appearances will be at-bats. Puig has been walking a great deal of late, with 16 walks in his last 19 games, including five intentional passes. This is after seven walks in his first 42 games.

Perhaps with Puig back in the second post, with Adrian Gonzalez and Ramirez behind him, Puig might not get as many free passes. Let's assume one walk for every two games the rest of the way, just for the sake of this exercise.

Now, expecting Puig to continue to hit over .370 seems like folly, but the batting title seems surprisingly within reach.