The Dodgers piled up five more wins this week to remain 7.5 games up in the National League West, and are within 3.5 games of the best record in baseball.

Sure, the dessert may have left a weird taste in our mouths, but the main course from the Dodgers was excellent yet again. They won five of six games, including wins over Matt Harvey and Cliff Lee, and extended their run of not losing back-to-back games to over eight weeks.

Dodger Batter of the Week: For hitting .500 with two doubles and a home run, Juan Uribe is the choice here. He certainly impressed a Dodgers legend.

Uribe is on fire

Dodger Pitcher of the Week: The Dodgers as a staff gave up 11 total runs in six games, so it would be easy to simply say "everybody" here. But with eight scoreless innings on Saturday in Philadelphia, ace Clayton Kershaw claimed this award. 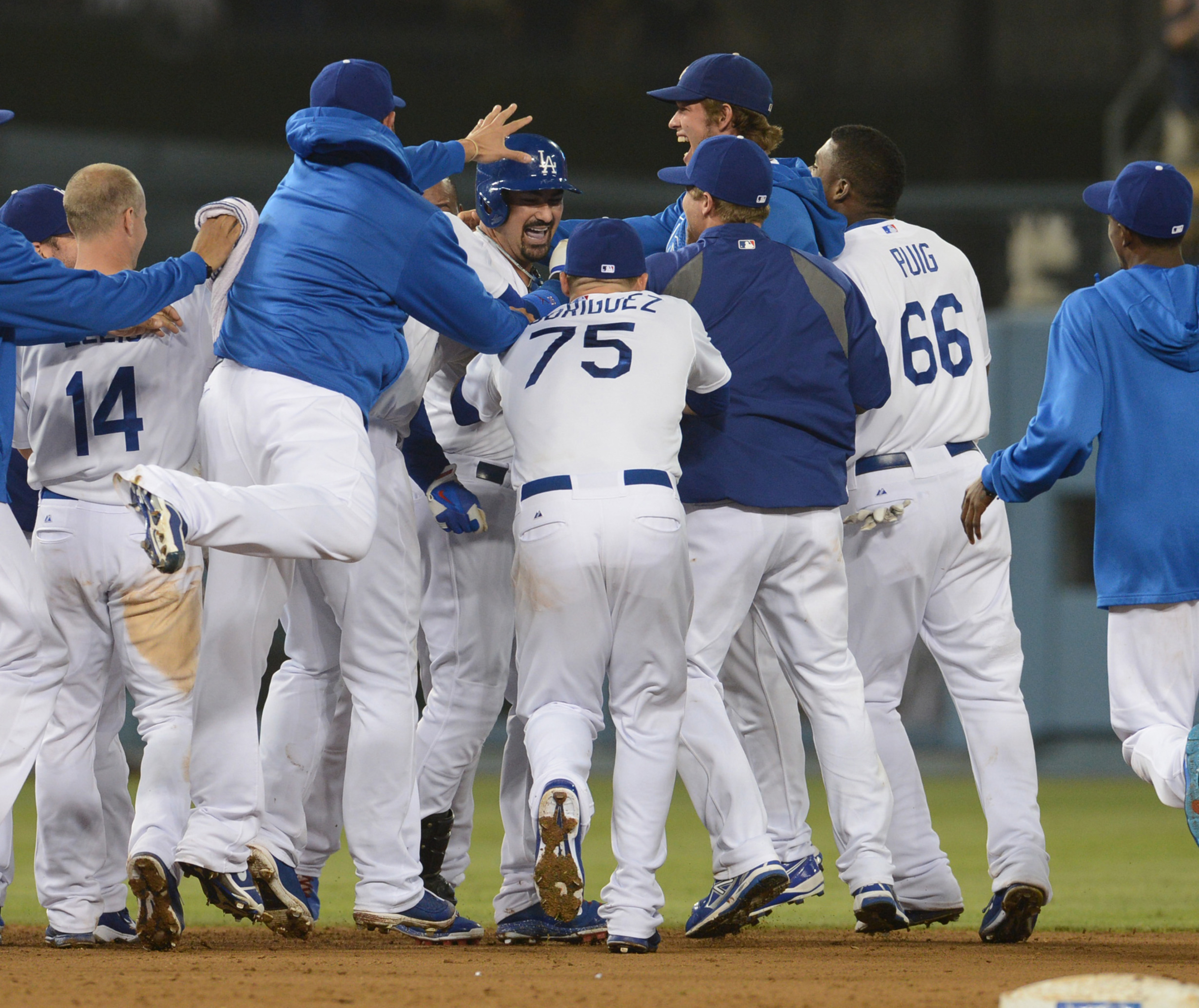 Down 4-0 was no obstacle for the Dodgers.

Upcoming Week: The Dodgers run the Kevin Millar gauntlet, so frost those tips with four non-Time Warner friendly games in Miami and three games back home against the Red Sox at Dodger Stadium.