The Dodgers continued to get great pitching last week, but the story of the last seven days came from the legendary broadcaster who announced his return for next season.

It is telling how well these Dodgers have played when a 4-3 week, a 93-win pace over a full season, is a bit of a disappointment. After taking three of four in Miami the Dodgers dropped two of three games at home to the Red Sox and scored just five runs in the weekend series.

But the team is still within striking distance of the best record in baseball, in a cluster two games back of Atlanta entering Monday, and on a pace for 95 wins. The team overall has been exciting enough to entice the incomparable Vin Scully to return for a record 65th season in 2014, which was by far the greatest news of the week.

"I have thoroughly enjoyed the excitement of this season and there is no way I could leave this truly remarkable team and our great fans," Scully said in a statement. "With my wife Sandi’s blessing, I’ve decided I’d like to come back and do it again next season. I love what the new ownership has brought to the team, and the energy provided by the fans, who have packed renovated Dodger Stadium. It reminds me that other than being home with my family, there is no place else I’d rather be."

Dodger Batter of the Week: It was a close one this week, but Carl Crawford narrowly edged Adrian Gonzalez for the award. Both men had eight hits, three doubles, three runs scored and four runs driven in. Gonzalez homered, while Crawford had one more walk and two stolen bases, plus the slight edge in OPS (.866 to .863) and a better on-base percentage.

It was a rough week for the offense, which averaged barely three runs a game and were shut down by Jose Fernandez, Jon Lester and Jake Peavy. Both Jerry Hairston and Nick Punto were 0-for-10, though Hairston added a sacrifice fly.

Dodger Pitcher of the Week: It's not often in a week which featured Clayton Kershaw pitch eight scoreless innings that he doesn't capture the award, but Ricky Nolasco did just that with eight scoreless innings of his own on Friday night against Boston. Both men struck out six in their games, but Nolasco allowed just two hits in his best start as a Dodger, while Kershaw allowed five hits and three walks to a lesser opponent in Miami.

Honorable mention goes to Zack Greinke with eight strong innings of his own, and to Kenley Jansen for three saves with just one runner reaching base in four innings, and to Carlos Marmol with four strikeouts in three scoreless appearances. 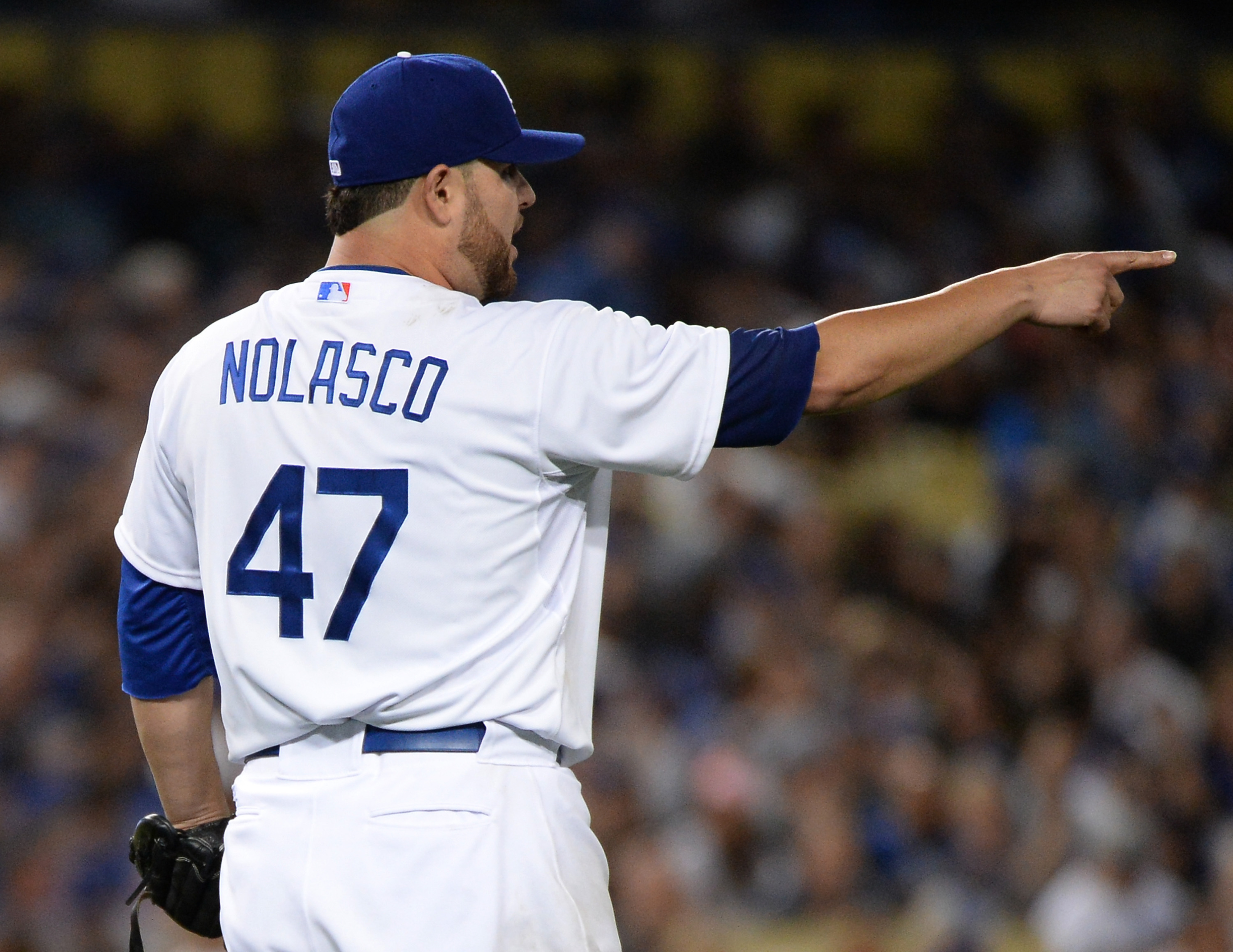 Ricky Nolasco pitched his best game as a Dodger and Hanley Ramirez homered to beat Boston.

Upcoming Week: The Dodgers run the Keith Moreland gauntlet, staying home to battle the Cubs and Padres at Dodger Stadium, including a rare home day off on Thursday. On Wednesday the Dodgers play their only weekday home game of the season outside of opening day.