The Dodgers closer has retired 25 straight batters, and the Dodgers have won a franchise record 14 straight road games. The Dodgers won their final four games of the week to open up their largest divisional lead of the season.

The Dodgers continued their march toward a division title this week, winning five of six games against the Yankees and Cubs. The offense was up and down, but the pitching staff made it all stand up. The Dodgers ended the week with their first extended sweep at Wrigley Field since 1988.

For the week, the Dodgers turned a 2½-game lead in the National League West into a 5½-game advantage.

Seemingly the only thing that can derail the Dodgers is bad health. The injury bug struck over the weekend in Chicago. Yasiel Puig suffered a left thumb contusion on Saturday that caused him to miss Sunday, though he was on deck to pinch hit if needed in when the top of the ninth inning ended. Then on Sunday, Hanley Ramirez jammed his shoulder while making a catch into the stands. The team awaits results tests on Monday to see the extent of that.

But on the field, this is as good as it gets. The Dodgers set a franchise record with 14 consecutive road wins, and their 31-7 run is the best mark in club history since 1953.

Dodger Batter of the Week: After enduring a slump in and round the All-Star break, Yasiel Puig rebounded with a stellar week, hitting .412 (7-for-17) with a home run and two doubles, and even walked four times.

Dodger Pitcher of the Week: Normally when Clayton Kershaw pitches eight scoreless innings, the award would be his, but this week closer Kenley Jansen was the man. He pitched half as many innings as Kershaw, but also had double the strikeouts. Jansen retired all 12 batters he faced, including a staggering 10 by strikeout.

Kudos to Lyle Overbay, who flew out to left field Tuesday, and to Nate Schierholtz, who grounded to first base on Saturday. Those two were the only two batters Jansen faced this week and didn't strikeout. 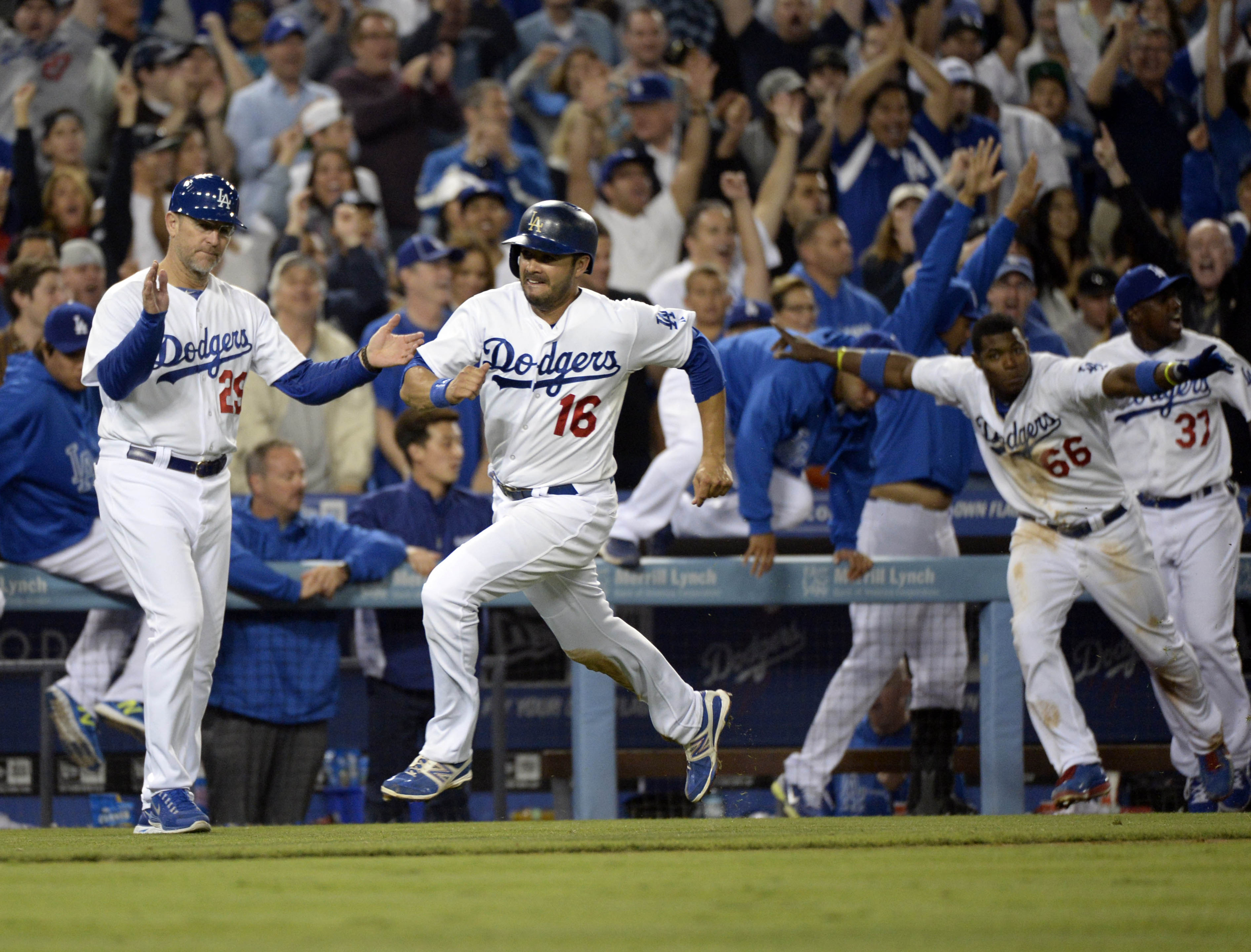 I was tempted to pick Kershaw vs. Kuroda but that ended with the only loss of the week. We'll go with the walk-off win on Tuesday against the Yankees.

Upcoming Week: The Dodgers run the Miguel Cairo gauntlet, with four games in St. Louis against the Cardinals followed by hosting the Rays at Dodger Stadium for the first time ever.