When a team wins a one-run game, as the Dodgers did in St. Louis against the Cardinals on Monday night, they may look back on individual plays that, while just a single moment in the contest, could have meant the difference between a win and a loss. That play Monday came in the bottom of the fifth inning, thanks to Yasiel Puig and Nick Punto.

The Dodgers were up 2-1 with two outs in the inning, and Allen Craig was on first base. David Freese doubled into the right center field gap, a ball that ricocheted off the wall after a bounce. But Yasiel Puig fielded the ball with his bare hand, threw on the fly to the infield dirt, where a waiting Nick Punto was waiting in perfect position to make a strong throw home. Catcher A.J. Ellis scooped the ball and tagged a passing Craig to end the inning and the threat. 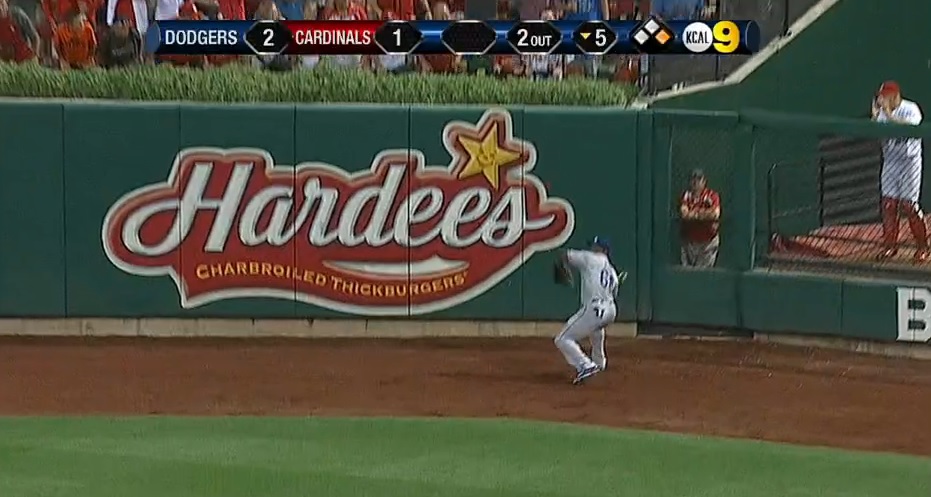 2) Punto being at the ready position to receive the throw, turned sideways, so he could immediately throw home 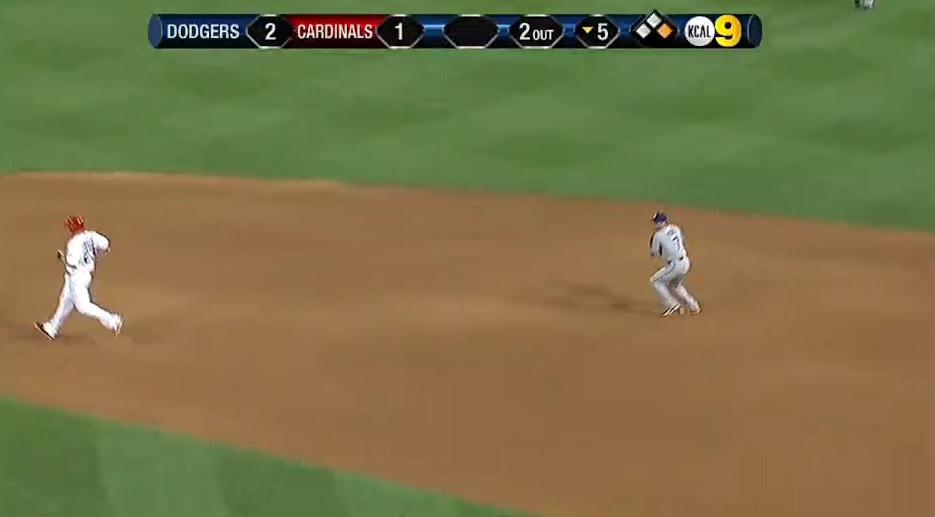 Wow. Nick Punto put some mustard on that relay throw to the plate. #Dodgers

The Dodgers have won 10 consecutive one-run games, so they have had a lot of these plays go their way during their ridiculous 32-7 romp. Part of it has been good fortune, sure. But part has been playing smart, and being in the right place and the right time. Just ask Punto: