Minor League Player of the Day: 19-year-old Justin Kelechi Chigbogu socked two home runs and drove in five runs to handily win the MLPOTD award. Justin had been struggling with his promotion to the Pioneer League, but he got his feet under him today. You can hear the chants of Chig Bo Go from Washington to Kalamazoo.

Triple-A: Isotopes won 4-1 behind the pitching of Angel Castro. Casto is 30 years old has been pitching in the minor leagues since 2006 and has never pitched in the major leagues. He threw seven innings of shutout ball tonight. Nick Buss had three hits, and catcher John Baker slugged a home run to back the pitching of Castro.

Double-A: Like a broken record the Lookouts scored one run again losing 3-1. Ross Stripling actually pitched a decent game, probably his best game since June 28. Ross got 15 outs without giving up an earned run. Yimi Garcia has been the bright headlight for these foggy Lookouts. Yimi struck out the only two hitters he faced. In his last 10 games Yimi has struck out 18 of his last 33 outs. The Lookouts managed only four hits, Joc had zero once again. Jon Garcia had two of the four hits with no strikeouts as he looks to get back on track. 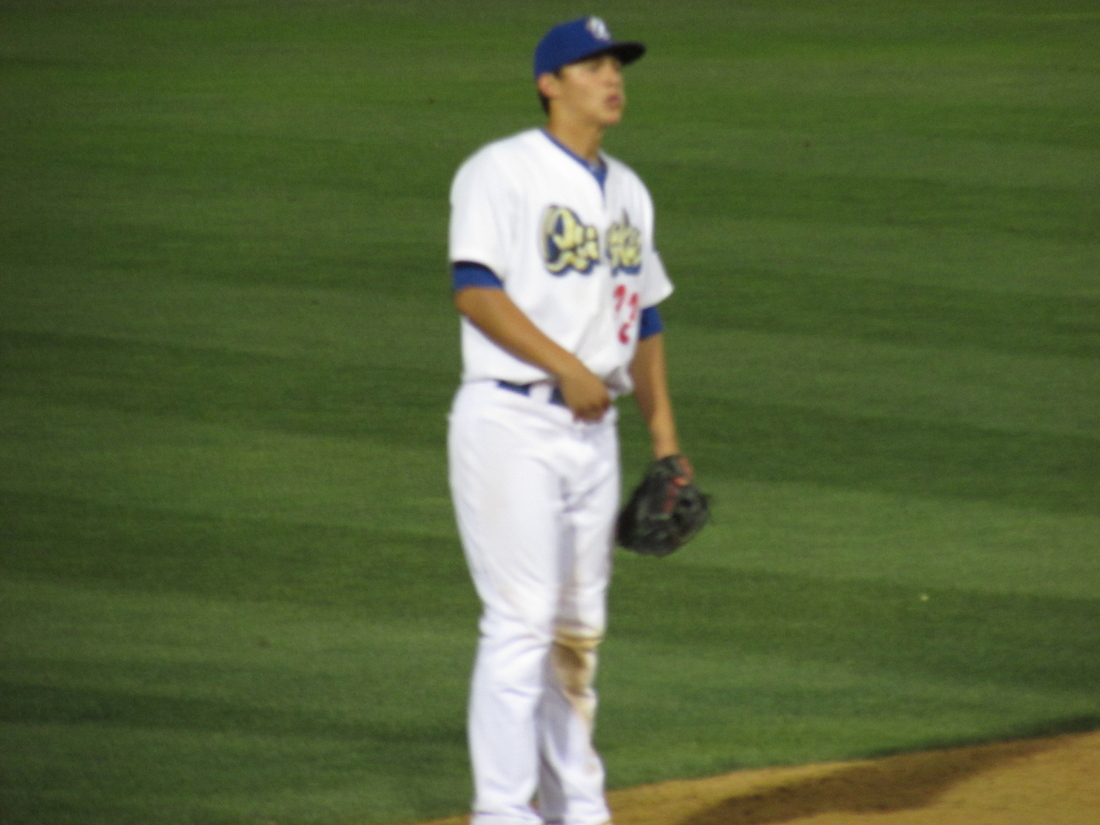 Corey Seager was 1-for-4 with a walk for the Quakes.

High Class-A: There was an exciting game going on with the Quakes. The score was 6-5 Lake Elsinore headed into the ninth. Oops. Lake Elsinore put up a seven-spot in the ninth to make it 13-5. I guess I won't be staying up to see if the Quakes can come back (they didn't). It looks like Blake Smith is having trouble with the conversion to pitcher, as he was the man who was hammered in the ninth. Corey Seager went 1-for-4 with a walk and is hitting just .222 after a few games in the Cal League.

Low Class-A: The Loons lost 5-3. Julio Urias started and went one inning. He must just about bumping up against his inning pitch ceiling. Of course it was a shutout inning. He was followed by Geoff Brown who pitched five shutout innings but went one inning to far and was lit up in the seventh. By the time the sixth was over, five runs were on the board and that was the game. James Baldwin delivered a double and triple, while Jeremy Rathjen slugged a home run for the offense.

Rookie (Ogden): The Raptors won 14-5 behind Chigbogu's offense and Zachary Bird's pitching. Bird went a strong six and the offense did the rest.

Rookie (AZL): The Arizona Dodgers won 2-1 behind some excellent rehab pitching. Blake Johnson started the game, and was followed by Ralston Cash. Together they went five innings, striking out 11 with zero walks. They were followed by Victor Arano who went three innings, picked up the win, gave up one earned run, and struck out three. The eighteen year old Arano normally starts, and his been one of the pleasant surprises on this team. Ralston Cash had not pitched since May, so it was good to see him back on the mound.

Transactions: Craig Stem joined the Quakes after getting promoted from Great Lakes. Edwin Carl, a right-handed pitcher who turns 25 on Aug. 31 and spent four years in Royals' system, signed a minor league deal with the Dodgers and joined Rancho Cucamonga. The Quakes activated infielder Ryan Mount from the disabled list and placed right-handed pitcher Arismendy Ozoria on the DL. Devin Shines was sent from Rancho to Great Lakes and infielder James McDonald was transferred from Rancho to the AZL Dodgers. The Isotopes sent Blake Johnson to the AZL Dodgers on a rehab assignment. The Lookouts sent Griff Erickson on a rehab assignment to the AZL Dodgers.

Coming up: Brian Wilson begins his rehab assignment with Rancho Cucamonga on Wednesday, starting against Lake Elsinore. Keep track of a pair of 2013 draft picks, as Chris Anderson starts for Great Lakes, and J.D. Underwood starts for the Raptors.