The battery for the Dodgers powered them on Thursday night, finishing off their road trip in style. Hyun-jin Ryu pitched seven strong innings and catcher A.J. Ellis hit a three-run home run to lead the Dodgers over the Cardinals 5-1 on Thursday, giving the Dodgers a 5½-game lead in the National League West.

The victory completed a 7-1 road trip for the Dodgers through Chicago and St. Louis, and gave the Dodgers yet another series win. The Dodgers are 10-0-4 in their last 14 series, and they have won two of their last three series at Busch Stadium after going seven straight years without a series win in St. Louis.

Ryu kept the Cardinals off balance all night. He struck out seven and walked none in his seven innings of work, giving him 22 strikeouts against just one walk in his last three starts. Ryu allowed five hits and the only run charged against his ledger was of the unearned variety, thanks to this bad bounce off an errant throw by Andre Ethier with two outs in the fourth inning:

The Dodgers scored in the third inning on a sacrifice fly by Adrian Gonzalez to score Carl Crawford for a 1-0 lead. Crawford was 2-for-5 on the night and hit .419 (13-for-31) on the eight-game road trip.

The lead might have grown larger than 1-0 but the Dodgers left the bases loaded in both the first and third innings.

After the Cardinals tied it the Dodgers put two more runners on in the fifth against Carlos Martinez, making his first major league start, and Ellis made him pay. Ellis deposited a pitch into the bullpen in left field, his sixth home run of the season, for a three-run shot and a 4-1 lead.

Yasiel Puig had a solid road trip of his own with a hit in each of his seven games, hitting .480 (12-for-25) during the trip. Puig was 3-for-5 on Thursday with a triple over the head of Matt Holliday in left field. Puig is now second on the team with 26 multi-hit games this season. He has played 57 games.

The Dodgers added an insurance run in the eighth inning when pinch hitter Jerry Hairston singled home Ellis for a four-run lead.

But that didn't stop Kenley Jansen from coming into the game, his first appearance since Sunday. Jansen struck out the first two batters of the night, giving him 27 straight batters retired, including 15 by strikeout and six strikeouts in a row at that point. David Freese singled off Jansen with two outs to snap the string at 27, but Jansen got a soft grounder to end the game. 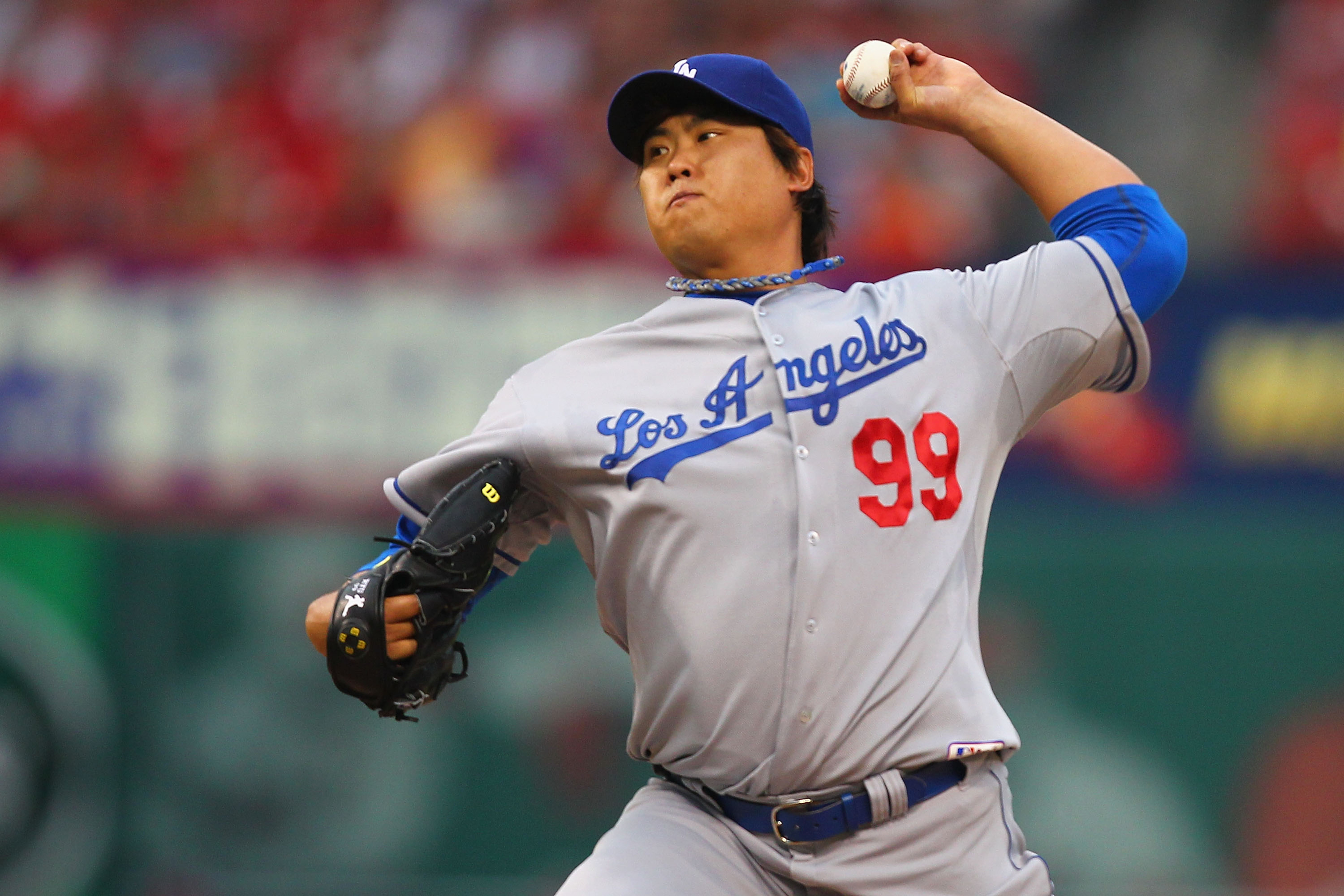 Hyun-jin Ryu lowered his ERA on the season to 2.99.

The Dodgers are 17-3 since the All-Star break, with the only losses coming in starts by Zack Greinke (once) and Clayton Kershaw (twice).

After a wildly successful road trip the Dodgers return home for a six-game homestand. The Rays come to town for their first ever trip to Dodger Stadium, and will face Chris Capuano in the series opener Friday night at Chavez Ravine. Tampa Bay counters with ace David Price.