With the win, their fifth straight against Arizona, the Dodgers improved to 7-7 against the Diamondbacks this season.

LOS ANGELES -- Like a boxer going toe-to-toe against a strong puncher, the Dodgers decided to play on the turf of the masters on Tuesday night, sending the Diamondbacks into yet another extra-inning game. But thanks to Scott Van Slyke's walk-off home run, the Dodgers won 5-3 in 11 innings to get one step closer to a knockout blow in the National League West.

Mark Ellis hit a one-out single off Josh Collmenter in the 11th inning, followed by Van Slyke's first career walk-off home run. It was the seventh walk-off win for the Dodgers this season.

More importantly the Dodgers now lead the NL West by 13 games with 18 to play.

The Dodgers struck first with two runs in the second inning, thanks to some help from Arizona. Juan Uribe walked, his fifth consecutive plate appearance reaching base, then advanced to second on a wild pitch and to third on a single by Mark Ellis. Edinson Volquez tried to sacrifice Ellis to second base but his bunt wasn't far enough in front of home plate. Catcher Miguel Montero threw wildly to second, allowing Uribe to score and Ellis to reach third.

Yasiel Puig grounded out to score Ellis for the second unearned run of the inning.

The Diamondbacks didn't do much against Volquez until the fourth inning, when Paul Goldschmidt singled, advanced to second base on a wild pitch and scored on a single to left field by Miguel Montero to cut the Dodgers' lead to 2-1.

One inning later that lead vanished when Didi Gregorius followed a leadoff walk by Gerardo Parra with a two-run home run, crushed halfway up the pavilion in right field for a 3-2 Arizona advantage. 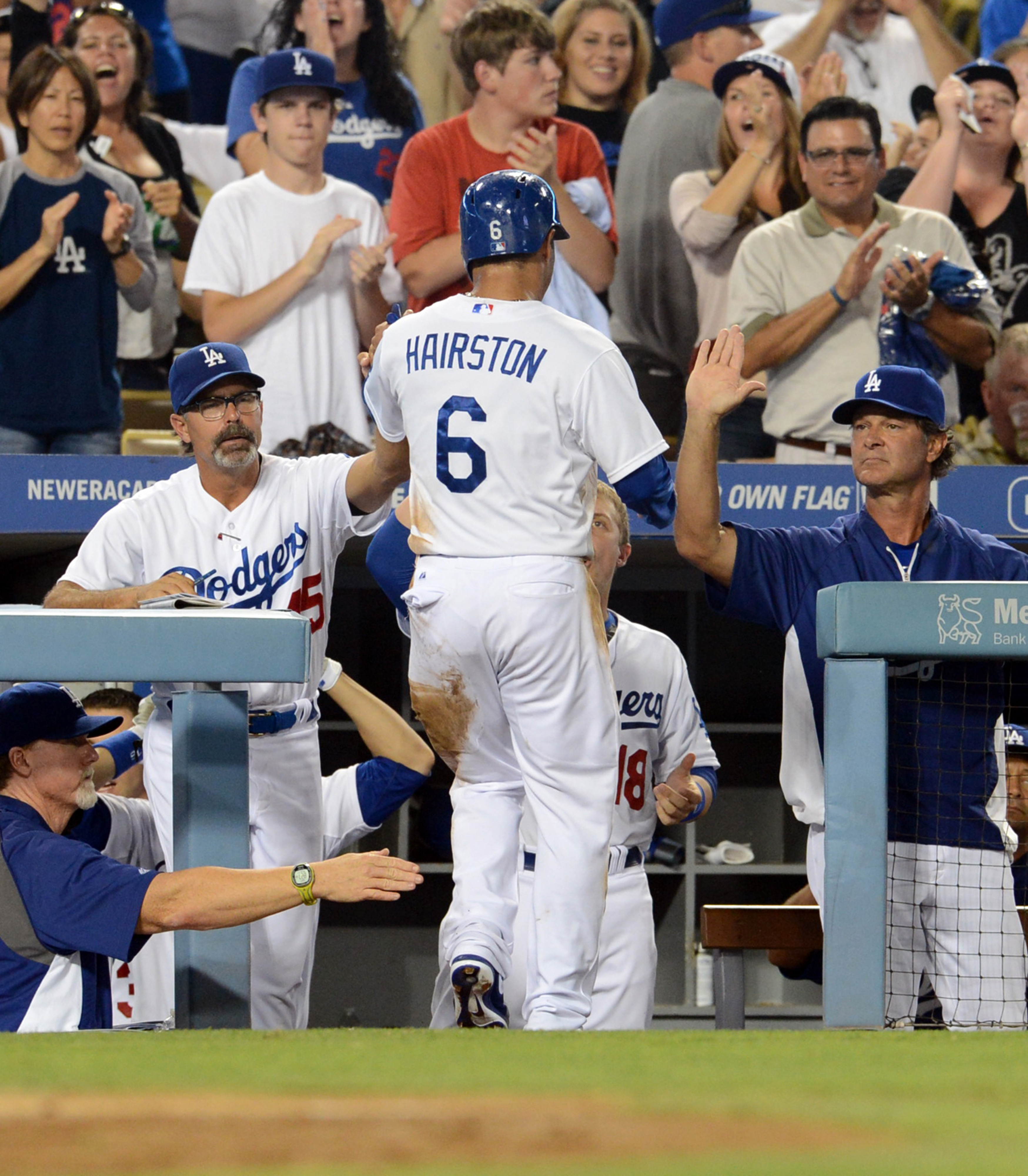 With the win, the Dodgers lowered their magic number to clinch the National League West to six.

The Dodgers tied the game at 3-3 in the bottom of the fifth when a pair of two-out walks were followed with an RBI double by Andre Ethier, his team-leading 32nd of the season.

Volquez remained in the game and pitched a scoreless sixth inning, giving the Dodgers a quality start by definition. Volquez allowed three runs on four hits in his six innings with one walk and a strikeout.

Chris Withrow retired the all four batters he faced to pick up his third win. Withrow has retired the last 15 batters he has faced, including nine by strikeout.

The Dodgers wrap up their series against Arizona on Wednesday night, with Hyun-jin Ryu on the mound looking for the sweep. Fellow southpaw Patrick Corbin starts for the Diamondbacks in a game that will be televised by Prime Ticket and ESPN.