Ethier irritated a sprained ankle, per Ken Gurnick of MLB.com.

A couple of balls that didn't fall in the Dodgers' favor in the seventh inning proved to be their undoing on Friday night, but the story of the 4-2 loss to the Giants was yet another injury. Andre Ethier doubled with two outs in the eighth inning but pulled up on his way to second base.

After conferring with trainer Nancy Patterson-Flynn and manager Don Mattingly, Ethier was removed from the game in favor of pinch runner Dee Gordon. Yasiel Puig moved from right field to center field in the ninth inning, with Jerry Hairston playing right field.

Clayton Kershaw was having his way with the Giants as per usual in the first six innings, and took a 2-0 lead into the seventh thanks to a two-run home run by Juan Uribe. But Kershaw, who allowed only four hits in the first six frames, allowed four straight hits to open the seventh. 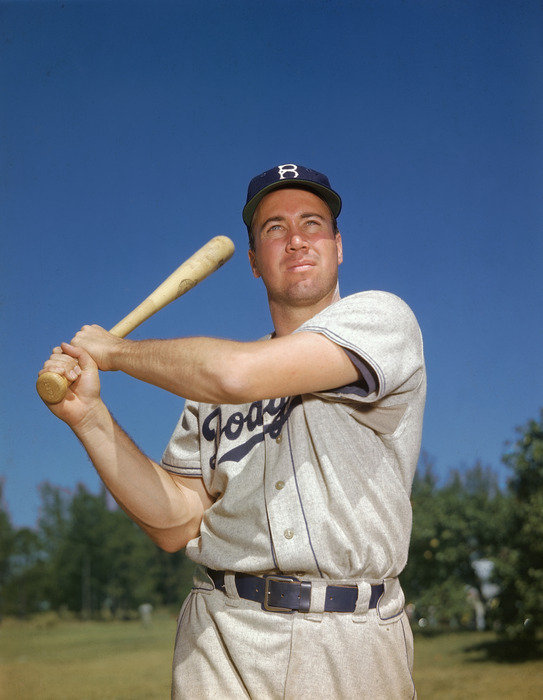 The Dodgers lost, but their magic number was reduced to four thanks to Colorado winning in Arizona.

After Hunter Pence and Pablo Sandoval singled, Joaquin Arias singled to left center for one run, and advanced into scoring position when Scott Van Slyke mishandled the ball in the outfield. Then, a check swing by Brett Pill produced a soft liner that found its way over Michael Young's head at first base to bring home the tying and go-ahead runs for the Giants.

Kershaw stranded Pill at second base and got out of the seventh inning without further damage but left trailing 3-2.

In the bottom of the inning the Dodgers put runners on first and second with one out, then had Nick Punto nearly ground into a double play. Punto beat the throw to first to extend the inning but in his customary headfirst slide into first base prevented the ball that got away from pitcher Jean Machi from getting away further. Had Punto been running to first base and not slid, the ball almost certainly would have gotten far enough away for Mark Ellis to score the tying run.

But all ifs, ands and buts were rendered moot when Hunter Pence took Chris Withrow deep to right center field for an insurance run in the eighth inning and a 4-2 Giants lead.

What it meant for the Dodgers was a loss, a severe blow to their chances of clinching the National League West at home. The Diamondbacks were busy losing to the Rockies on Friday, but the Dodgers need to win both remaining games of this series against the Giants and have Arizona lose to Colorado on both Saturday and Sunday in order to clinch at Dodger Stadium.

What it meant for Kershaw was a rare loss to the Giants. Against the Giants his career ERA rose to 1.38 as he allowed more than two runs to the Giants for the first time in 13 starts, since May 18, 2011.

The Dodgers put the tying runs on base in the ninth inning, but Sergio Romo struck out Yasiel Puig and got Nick Punto to ground into a force play for the first two outs. Then in a night of weird bounces, Adrian Gonzalez lined another ball up the middle, just as he did last night, but it ricocheted off of Romo's leg to third baseman Joaquin Arias, who easily threw out Gonzalez to end the game.

For the third game of the series on Saturday night the Dodgers will send Ricky Nolasco takes the mound for the Dodgers, against Tim Lincecum for the Giants.