Ramirez last played on Thursday night against the Giants. He is hitting .353/.410/.706 with three home runs and three doubles in nine September games.

PHOENIX -- While we await word on the potential activation of Matt Kemp before Monday's series opener against the Diamondbacks, the Dodgers have several other players getting closer to returning, including Hanley Ramirez. The shortstop hit off a tee and did fielding exercises on Monday for the first time since he last played Thursday.

Ramirez left Thursday's game in the seventh inning with what was determined to be an irritated nerve in his back, something he dealt with in Miami in 2011. Ramirez got a cortisone shot Friday and was unavailable for the remainder of the weekend series against the Giants.

"Every day gets better," said Ramirez, who said he didn't know when he would be ready to return to the lineup. 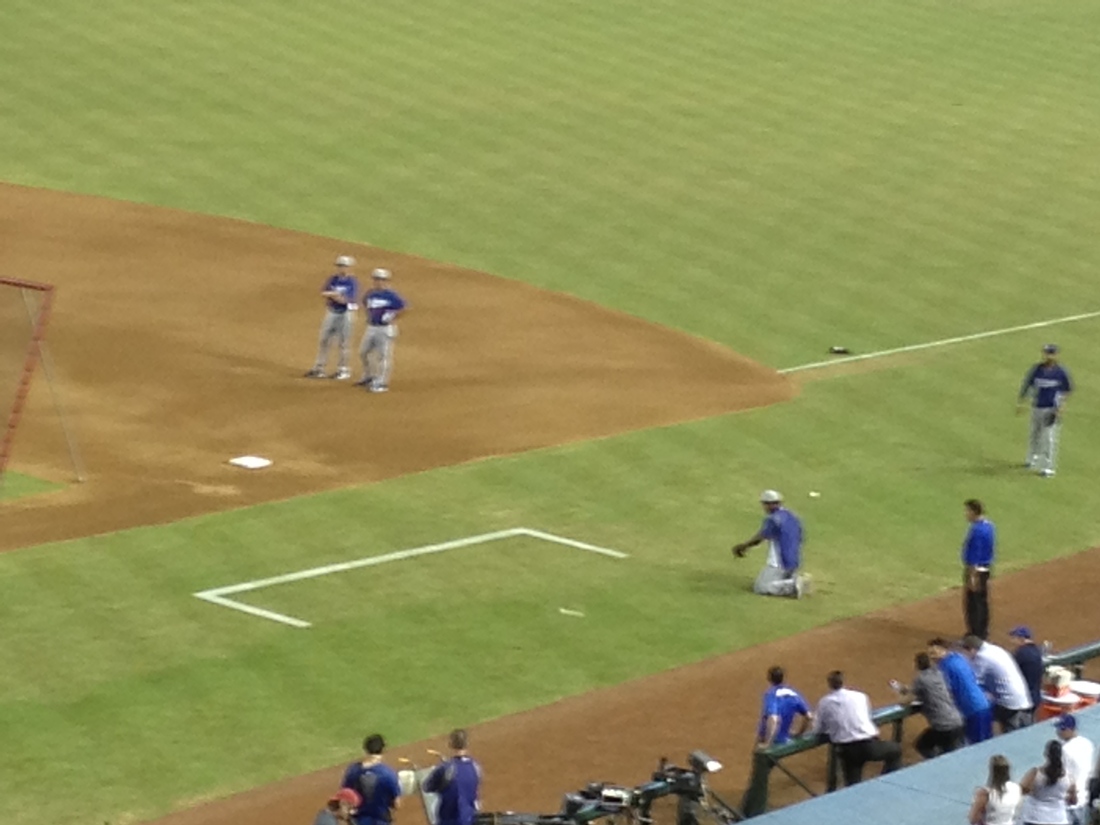 Here is Ramirez taking grounders from his knees before Monday's game. Sorry for the poor photo; it was taken from the press box.

That plan began Monday with hitting off a tee and doing fielding exercises with Stan Conte, the Dodgers' director of medical services.

"Hanley is starting to do some baseball stuff today," manager Don Mattingly said. "If that goes good, Stan will plan accordingly on how to advance him."

Nick Punto starts at shortstop for the Dodgers on Monday.