Kenley Jansen 'on the attack' to close out NL West title

Jansen has 26 saves, a 1.95 ERA and his 104 strikeouts are second most among MLB relievers.

Share All sharing options for: Kenley Jansen 'on the attack' to close out NL West title

PHOENIX -- Kenley Jansen has been the Dodgers' best relief pitcher all season long, so it was only fitting that he closed out the Dodgers' division-clinching win over the Diamondbacks.

"Kenley was as nasty as he's been all season, to see what he did, to get those three outs against the meat of their order felt great," said catcher A.J. Ellis. "The first warmup pitch he threw me hurt my hand."

Jansen struck out Dodgers killer Paul Goldschmidt on a foul tip, then struck out Martin Prado swinging as well, giving him 104 strikeouts this season against just 16 walks. When Aaron Hill flew out to Skip Schumaker in left field, the game was over and the celebration just starting. 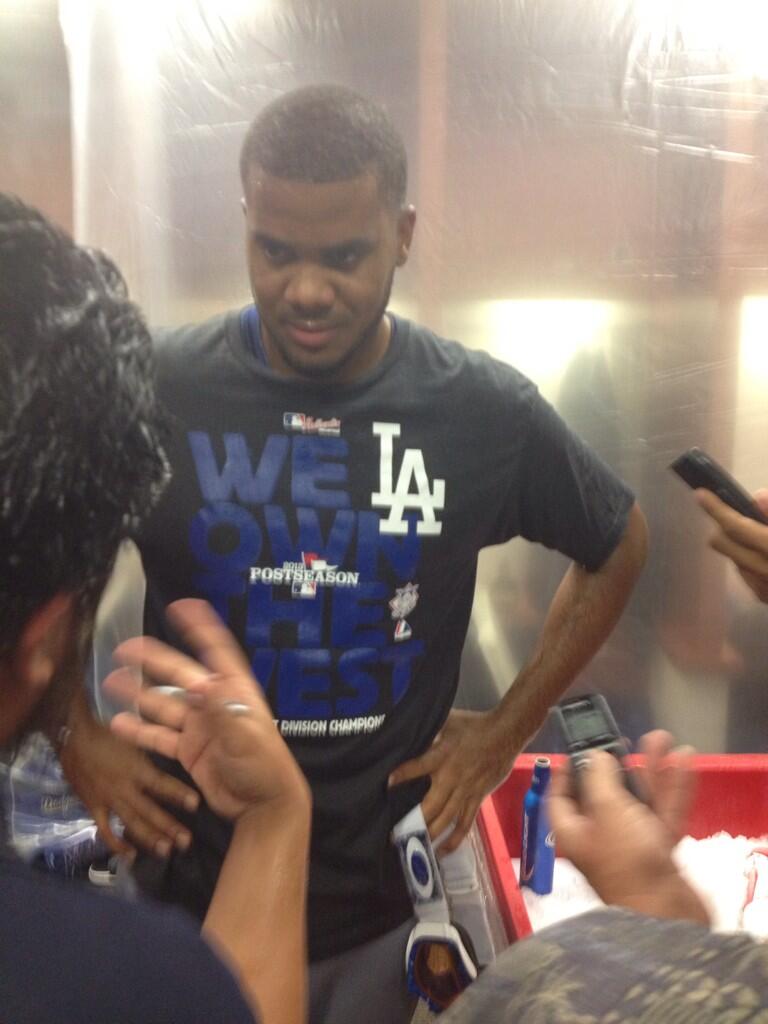 Jansen sporting the sweet shirt after the win.

The normally quiet Jansen, at 6'5" 260 pounds more of a gentle giant, sounded hungry on Thursday, like someone who enjoyed the taste of champagne and wanted more of it.

"I just want the ball man," Jansen said. "We haven't made the playoffs in my three years, and I just wanted to go out there and try to make my pitches."

Those pitches were indeed made, allowing Jansen to convert his career-high 26th save. Ellis, sore hand aside, liked the aggression from his closer.

"He usually kind of eases into it. Kenley is an energy conserver at times, kind of likes to pace himself, but today starting with the first pitch he was like, 'I'm going'," Ellis said. "His laid-back attitude was not happening today. He was on the attack from the first pitch, and I hope we see that the rest of the way."