In the 11 games that Ramirez, Matt Kemp and Yasiel Puig have started together, including Thursday, the Dodgers are 9-2 and have averaged 6.8 runs per game.

PHOENIX -- So about that Hanley Ramirez plan, the one where he was going to get more rest, including likely Thursday's game in addition to Wednesday's missed contest? Scrap that. Instead, Ramirez played in Thursday's game and was instrumental in the Dodgers' 7-6 win over the Diamondbacks that clinched the National League West.

"I told them last night that I was going to play today, and they kind of looked at me funny," Ramirez said after the game. 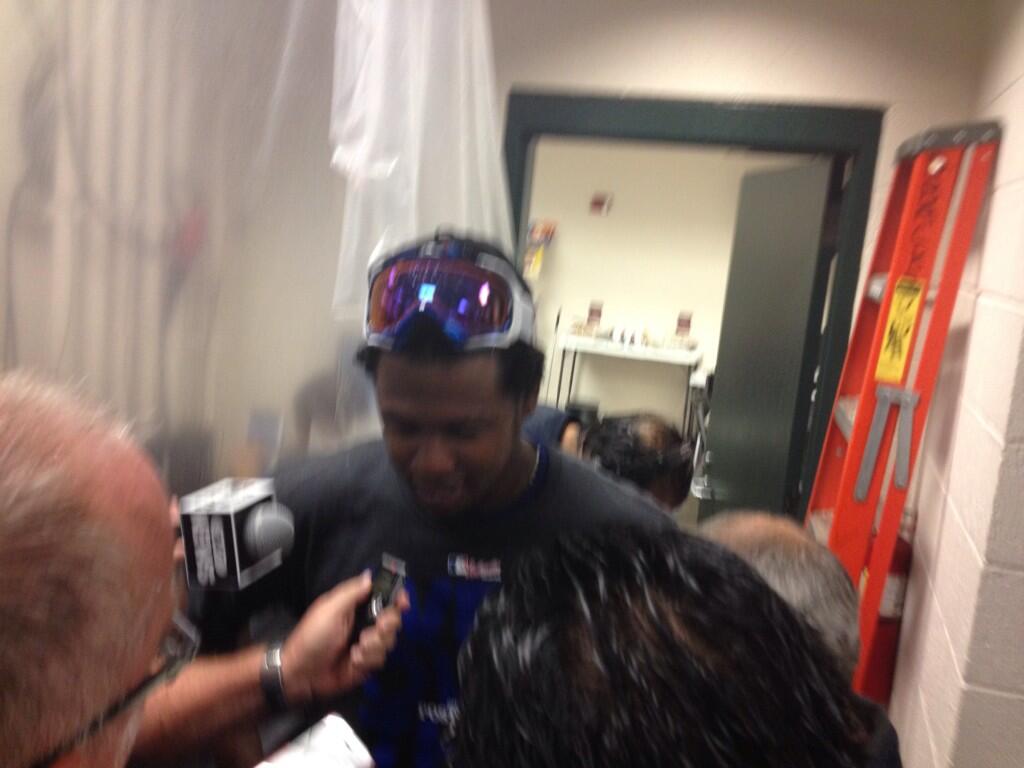 Ramirez after the game.

Nobody was looking at Ramirez funny after he hit a three-run home run in the third inning to give the Dodgers a 3-0 lead, or when he hit a solo shot in the seventh inning to tie the game at 6-6.

"Hanley wanted to play yesterday, but we held him out," manager Don Mattingly said before the game. "Today, doc said he was good to go, so that's where we're at. We have to be careful with him."

All while dealing with various injuries. In addition to the irritated nerve in his back that he has now, Ramirez has missed time this season with injuries to his shoulder, hamstring and thumb.

But when he has been on the field, there has been no better player than Ramirez in the National League in 2013. I tweeted this after his second home run on Thursday.

Hanley Ramirez has an irritated nerve in his back back back ....

Ramirez was asked after Thursday's game how much pain he was playing through.

"A lot. It's tougher and everyone is not 100%, but you've got to keep battling," Ramirez said. "The plan starts tomorrow. We've got time to let it heal up and get some rest."

The Dodgers have nine regular season games left, so with the division in tow look for Ramirez to rest even more down the stretch. Thursday was the 1,090th career game for Ramirez, and this is his first postseason berth. He wants to be ready come October.

"I want to keep going," Ramirez said. "We've won the division. It's not over yet. We've got three more to go."