More postgame reaction from the Dodgers clinching their first division title since 2009.

Share All sharing options for: NL West champion Dodgers rewarded for their patience

PHOENIX -- The Dodgers entered the 2013 season with a payroll north of $230 million, so to say winning the National League West was unexpected would be incorrect. However with one of the most bizarre regular seasons in franchise history coming to a close, the one thing that proved most rewarding for the team was patience.

The patience of a nine-year minor leaguer who won his first starting catching job at age 31. A.J. Ellis, how in his second full season behind the plate, was in an 0-for-16 slump entering Thursday but his third hit of the day, a tie-breaking home run in the eighth inning, proved to be the division winner.

The patience of not firing manager Don Mattingly when the team was mired in last place at 30-42 and dealing with injuries. The team was rewarded with an historic 53-13 run, basically playing .800 baseball for over 10 weeks, the likes of which not seen in six decades. 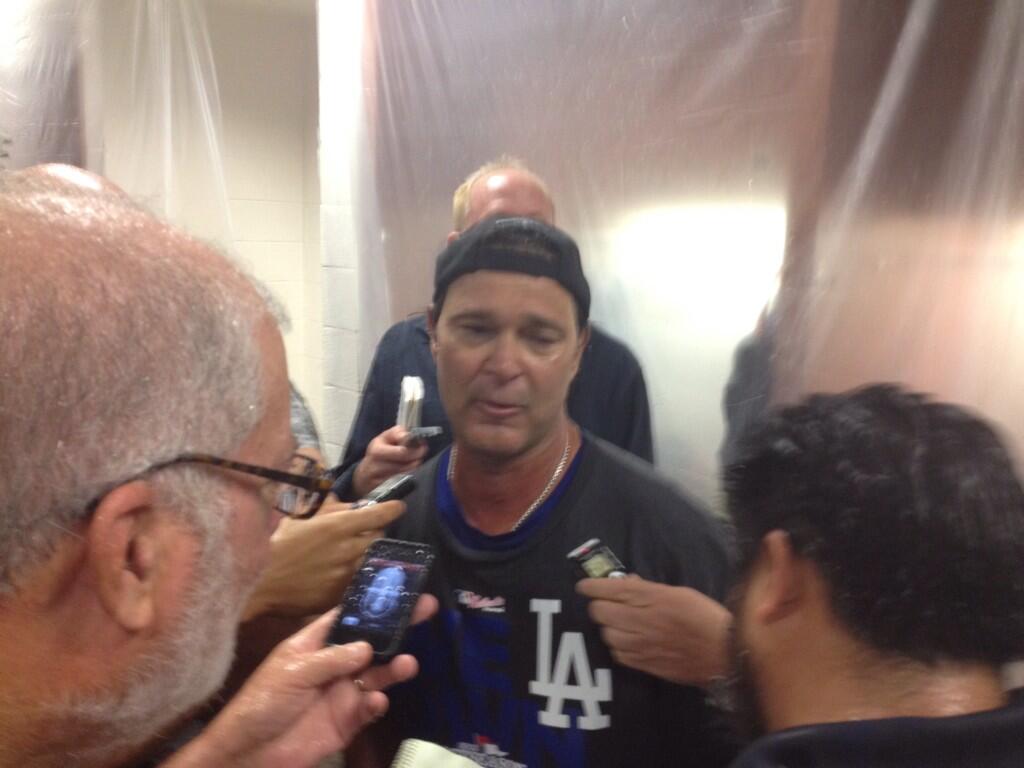 Mattingly will talk playoffs now that the Dodgers are in.

"You have to keep it together. You have to hold it together no matter what's going on. The players have to see you without panic," Mattingly said after winning his first division title as a manager or a player. "To me it goes back to the coaching staff and what we had to do. We didn't panic. We stuck together, we believed in these guys and believed in the talent that we have."

The team was patient despite losing 10 of its last 14 games, knowing a division title was in its grasp. Ellis put it best.

"It's amazing what talent can do. You get talent on the field healthy, together. I give all the credit to the ownership group and our front office of putting this collection of superstars together," Ellis said. "When we were on the field we showed what we can do."