The Dodgers continued to roll last week, picking up five more wins and a pair of 2008 All-Stars.

The Dodgers rebounded from their slumping 4-3 week by taking a series against the Cubs and sweeping the Padres. The Dodgers were 5-1 for the week, the sixth week in their last seven with no more than one loss.

Dodger Batter of the Week: Even with his five-inning detour on the bench on Wednesday, Yasiel Puig gave the Dodgers the best chance to win all week. He takes the cake over Andre Ethier and Hanley Ramirez.

Dodger Pitcher of the Week: Ricky Nolasco takes the cake here with his second straight start of eight scoreless innings on Wednesday against the Cubs. The starting staff had its best week of the year, allowing seven runs in six games. Zack Greinke, who nearly won the award himself with two excellent starts, had a 1.72 ERA for the week, which was the highest on the staff. Clayton Kershaw, who leads MLB in innings per start, had the Dodgers' shortest start of the week. 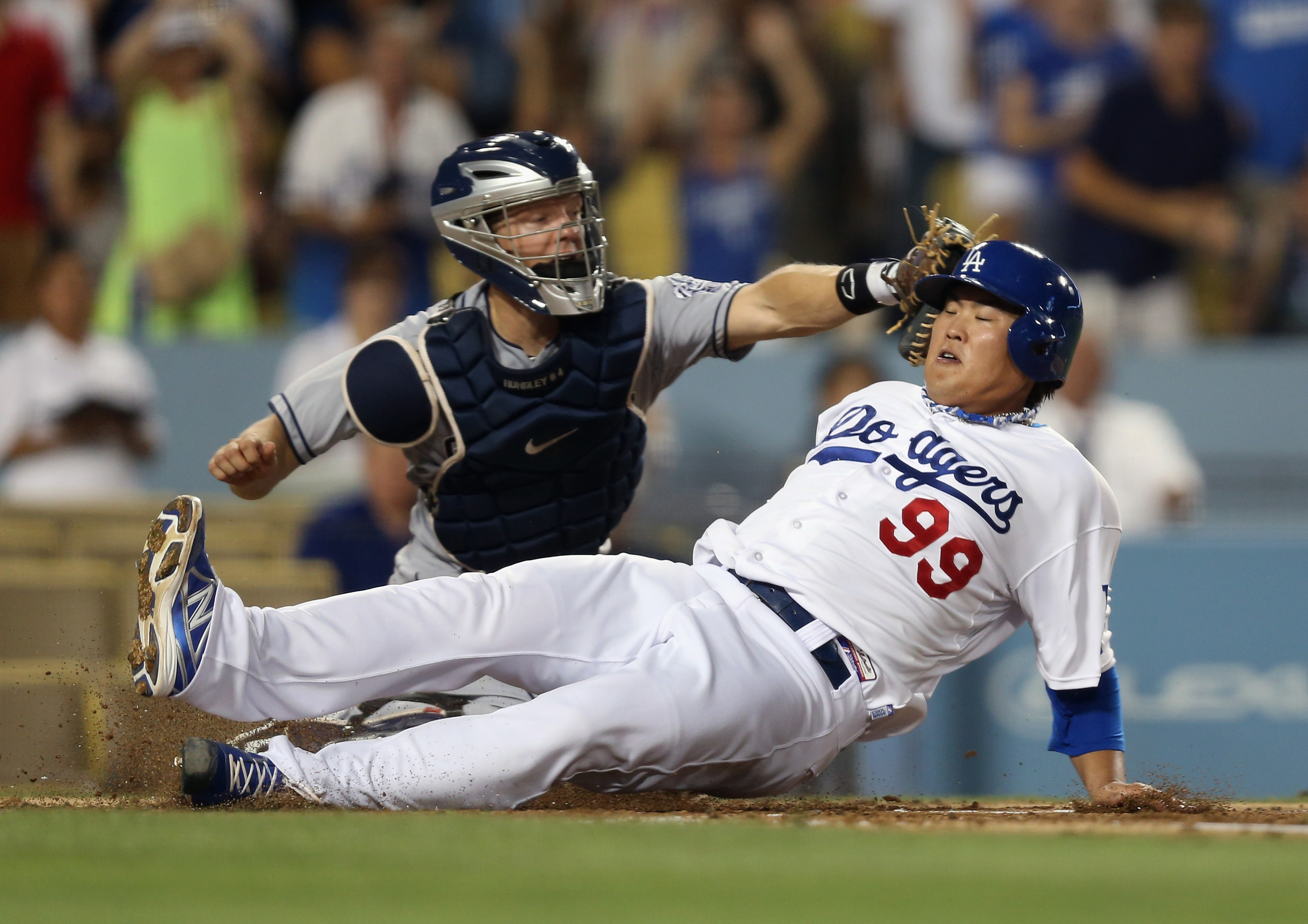 Hyun-jin Ryu was stellar on the mound, and sliding into the plate. He was backed by eight extra-base hits in a blowout victory.

Upcoming Week: The Dodgers run the Jeff Reed gauntlet, hitting the road to face the Rockies in Denver and the Reds in Cincinnati.