After starting the season 9-23 against the National League West, the Dodgers are now 27-27 within the division.

Clayton Kershaw had his worst start of the season and Yasiel Puig left early with a right knee strain, but the Dodgers managed to overcome that for a 10-8 victory over the Rockies at Coors Field for their fifth straight win.

Andre Ethier doubled and scored in the third inning for the Dodgers, then hit a two-run home run in the sixth inning. The Dodgers scored three runs in the fifth inning and three more in the sixth to take control of the game.

But Ethier wasn't done, as he doubled in the ninth inning, becoming the first Dodger ever with seven seasons of 30 or more doubles. Ethier has done so consecutively.

It was all to convenient to assume Kershaw's last start counted as a down one, as he allowed two runs, only one earned, in 5⅔ innings. But Kershaw on Monday reminded us all what a bad start looked like.

He struggled from the start, allowing three runs in the first inning, and even after the Dodgers clawed back for a 5-3 lead, Kershaw gave both runs back in the fifth inning for a tie game. Kershaw was pulled after just five innings and 81 pitches for his shortest start of the season.

Kershaw allowed a season-high-tying five runs and allowed a career-high 11 hits. He has allowed double-digit hits just one other time in his career, when he allowed 10 hits in a start on July 22, 2008, when he also allowed five runs at Coors Field.

But since baseball is often weird, Kershaw was able to get the win on Monday, thanks to a three-run rally in the sixth inning.

It wasn't all bad on Monday for Kershaw, as he was 2-for-2 at the plate, including a two-run single that briefly gave the Dodgers a 5-3 lead in the fifth inning. That gave Kershaw 10 runs batted in on the season, most in MLB, and the most by a Dodgers pitcher since Randy Wolf drove in 11 in 2009.

Kershaw also got his 200th strikeout of the season, his fourth straight year doing so, and finished with a National League-best 201 strikeouts. And even with the five runs allowed in his five innings, Kershaw's major league-best ERA ballooned ... all the way to 1.89. 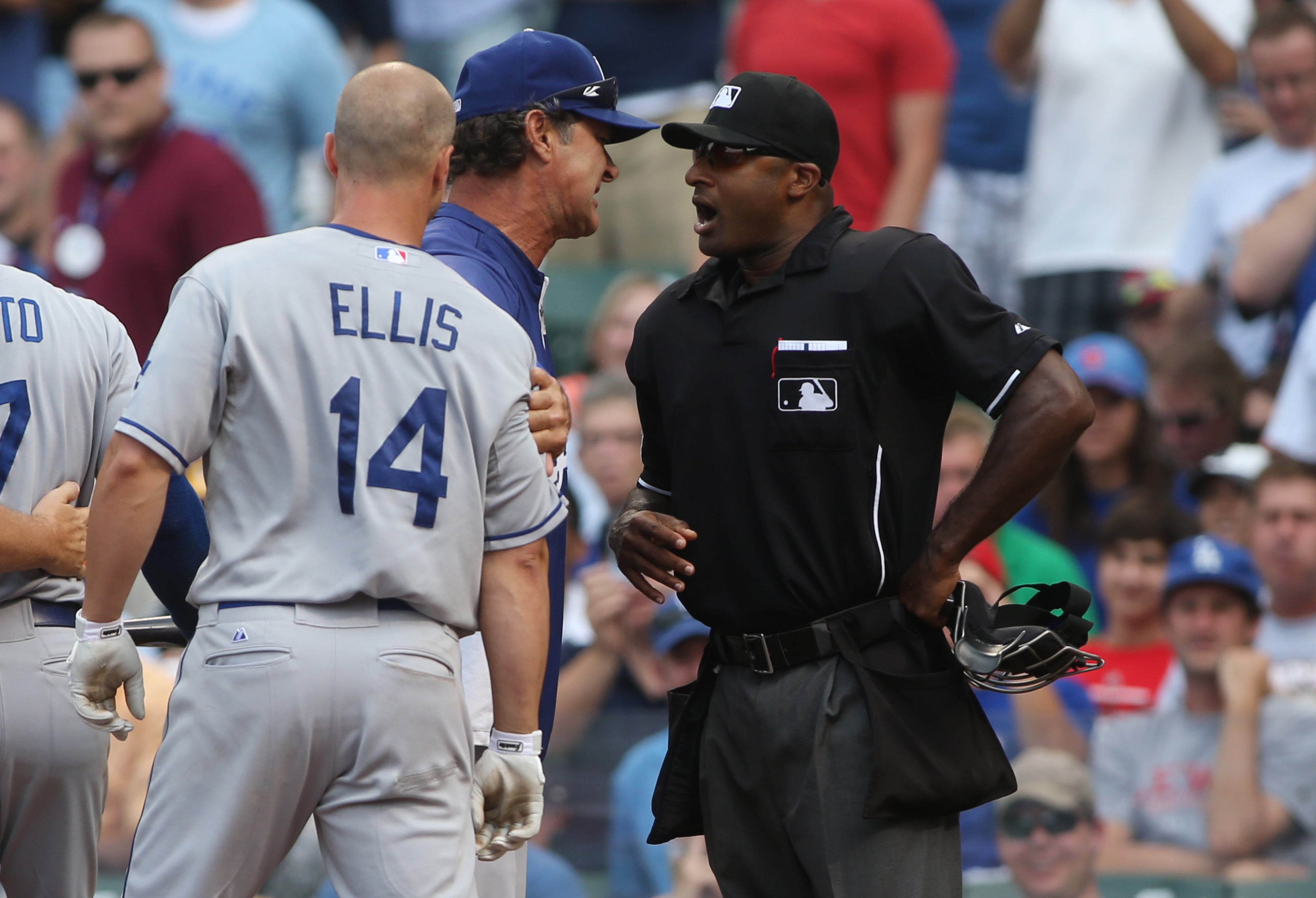 Coupled with Arizona's 4-1 loss to Toronto, the Dodgers' magic number to clinch the NL West is 14.

After relievers Brandon League pitched a scoreless sixth and Brian Wilson pitched a scoreless seventh, the Rockies tacked on two runs in the eighth against Ronald Belisario and were threatening for more. But a ground ball to third from Michael Cuddyer produced a 5-4-3 to end the inning and the threat.

The Dodgers picked up some insurance with two runs in the ninth inning, thanks to Juan Uribe's second RBI single of the game and a run-scoring ground-rule double by Carl Crawford.

Kenley Jansen allowed a leadoff home run to Wilin Rosario in the ninth inning to cut the Dodgers' lead to two runs, and the Rockies brought the tying run to the plate, but Jansen recovered to record the final three outs to close out the win, converting his 18th straight save opportunity. Jansen tied his career high with his 25th save.

Michael Young made his Dodgers debut as a pinch hitter in the ninth inning, but he struck out on a check swing in the eyes of first base umpire Manny Gonzalez.

The Dodgers go for a sixth straight win on Tuesday with perhaps their hottest pitcher on the mound. Ricky Nolasco and his 16 consecutive scoreless innings take the hill for Los Angeles, facing off against Jhoulys Chacin for the Rockies.