The Dodgers hit the road and won four games in Arizona and San Diego to clinch the National League West.

The Dodgers won four of their seven games during last week and completed their season-long quest of winning the National League West. A.J. Ellis's eighth-inning home run on Thursday beat the Diamondbacks in Phoenix and delivered the Dodgers their fourth division title since 2009.

The Dodgers earned their right to relax by the pool.

Dodger Batter of the Week: Hanley Ramirez only played three games but was insanely productive during his time on the field, including four hits and two home runs in the division-clinching game on Thursday in Arizona.

Dodger Pitcher of the Week: Clayton Kershaw just about locked up the National League Cy Young Award with seven scoreless innings on Saturday against the Padres. 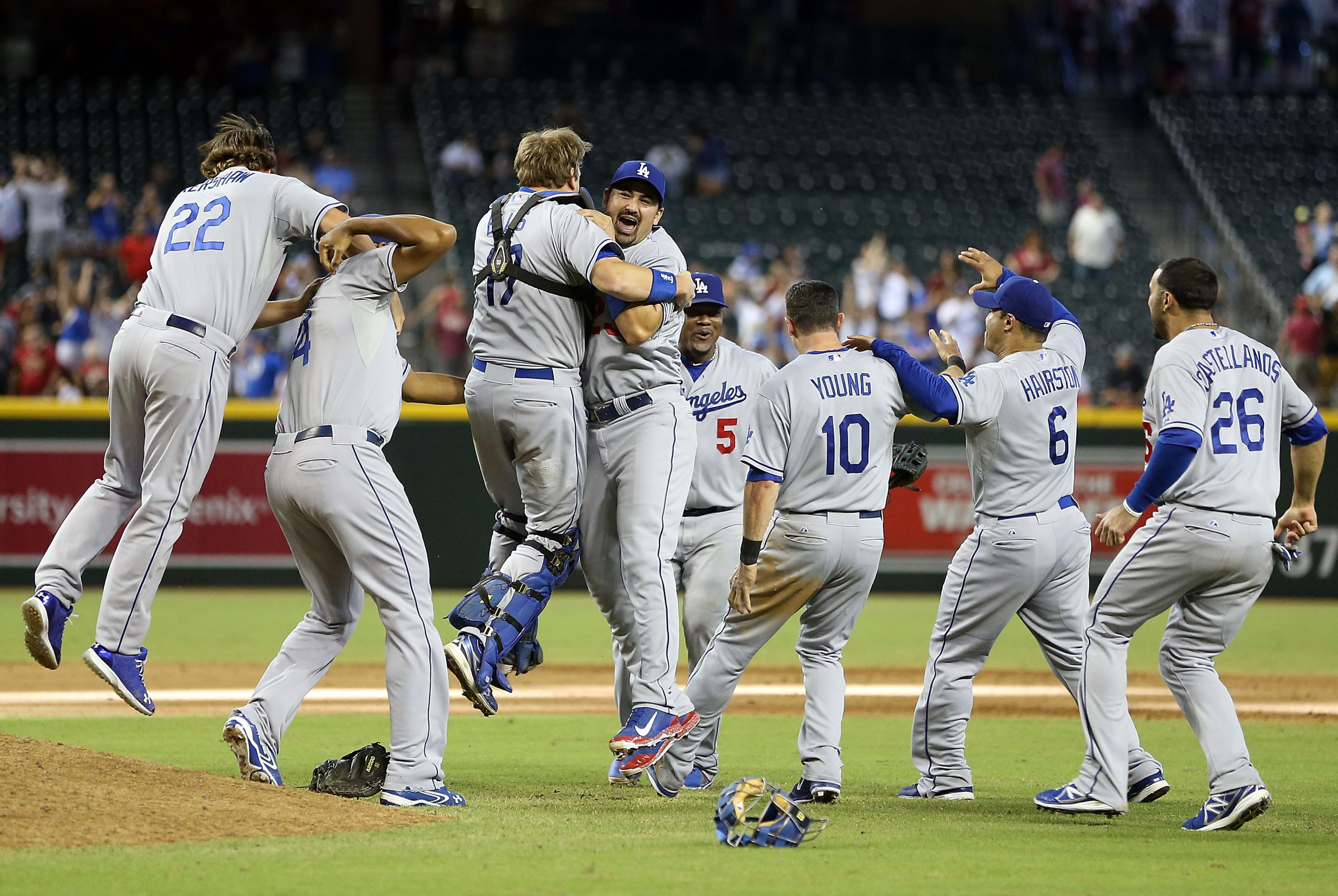 Upcoming Week: The Dodgers run the Bill Swift gauntlet, with their final three regular season road games in San Francisco followed by the home finale against the Rockies at Dodger Stadium. The Colorado starters are a guess, as the Rockies have off days on Monday and Thursday this week and haven't yet decided whether or not to let Jorge De La Rosa pitch through a thumb injury.