The Dodgers are 17-1-2 in their last 20 series, thanks in large part to Ricky Nolasco continuing his 1987 Doyle Alexander impression.

Ricky Nolasco gave the Dodgers another solid start on the mound, while Carl Crawford and Nick Punto gave the lineup a good start. But it was a big assist by Rockies infielder turned outfielder Charlie Culberson that allowed the Dodgers to finish their 7-4 win on Tuesday night at Coors Field.

Up 4-3 with the bases loaded and two outs in the ninth inning, Mark Ellis drove a ball to deep left center field. Culberson ran the ball down but failed to catch it, allowing three insurance runs to score.

The Dodgers built a 4-0 lead thanks to Crawford and Punto at the top of the order. Each had hits in their first three at-bats, including a two-run single by Crawford in the second inning. Crawford has four straight multi-hit games, hitting .556 (10-for-18) during that span. 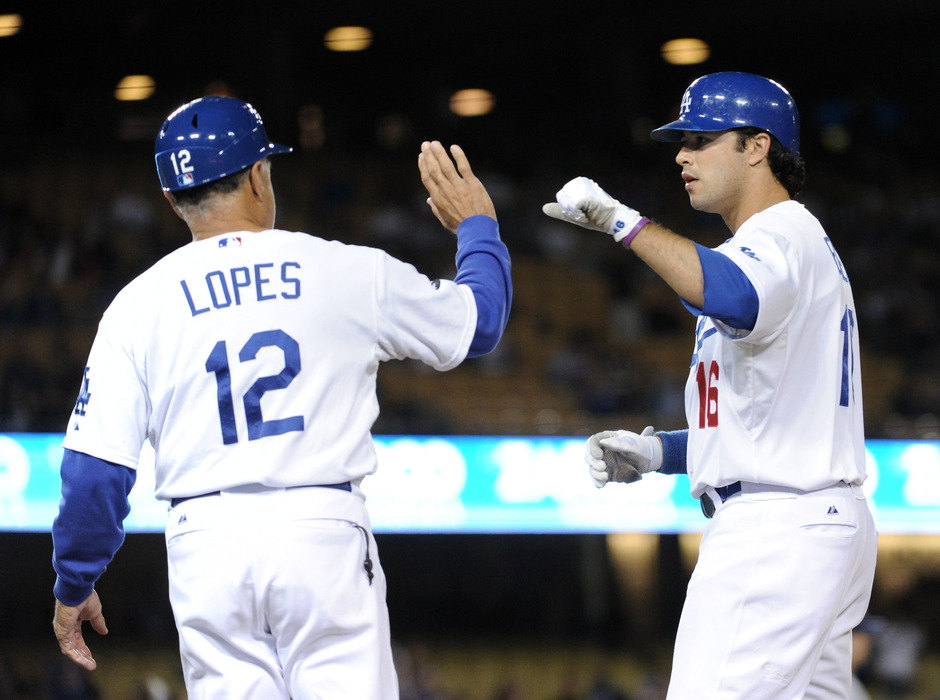 Coupled with Arizona's 10-4 loss to Toronto, the Dodgers' magic number to clinch the NL West is down to 12.

Nolasco didn't allow a run in his first four innings, extending his scoreless streak to a career-high 20 innings. His previous best was 15 consecutive scoreless innings, done twice with the Marlins, the last time in 2011.

Single runs allowed to the Rockies in the fifth and sixth innings ended his night, but not before Nolasco had his fifth straight quality start. Nolasco won his sixth straight decision and improved to 7-1 with a 2.27 ERA in 11 starts as a Dodger. The most runs he has allowed in any start since joining the team is three.

The Rockies continued to chip away in the eighth, when Josh Rutledge homered off Paco Rodriguez to cut the Dodgers' lead to 4-3.

Ronald Belisario got the final three outs of the eighth inning and remained in the game in the ninth, with closer Kenley Jansen unavailable after pitching three straight days. But the Rockies got to Belisario for a run before he could complete his six-out save.

With a three-run lead, Nolan Arenado on first base and two outs, Chris Withrow entered in the ninth in relief of Belisario. With the tying run technically on deck, this was a save opportunity for Withrow, who struck out Chris Dickerson for his first major league save.

Everything seems to be going the Dodgers' way right now. They were able to rest Ramirez and Yasiel Puig on Tuesday and still got the win, their sixth straight.

The Dodgers go for the sweep and a seventh straight win on Wednesday night in Denver, with Edinson Volquez making his starting debut for the team in the series finale. Left-handed starter Jorge De Rosa gets the start for the Rockies, and likely won't have to face Andre Ethier, Carl Crawford or possibly even Adrian Gonzalez, all expected to get the day off per Dylan Hernandez of the Los Angeles Times.