Reds 3, Dodgers 2: No offense, no wins in Cincinnati

The Dodgers scored seven runs in the three-game series in Cincinnati and have scored two or fewer runs in five of their seven games this season against the Reds, a potential playoff opponent.

Share All sharing options for: Reds 3, Dodgers 2: No offense, no wins in Cincinnati

What started as a pitching duel between Clayton Kershaw and Homer Bailey ended with the same result as every other game of the weekend series in Cincinnati. The Dodgers didn't do much of anything on offense and lost to the Reds by one run. On Sunday night, Ryan Hanigan doubled home Zack Cozart from first base with one out in the bottom of the ninth inning for a 3-2 Cincinnati win.

After Ronald Belisario got Todd Frazier to pop out to open the ninth inning, Cozart singled to left field and just about the entirety of Great American Ball Park turned to the Reds dugout looking for Billy Hamilton, who has four stolen bases in his four games, all pinch running appearances, and who scored the winning run on Saturday.

But the Reds didn't get, or need Hamilton on Sunday as Hanigan hit a ball to the wall in left field, where Carl Crawford might have been better off running the ball in than throwing it. Crawford's throw did eventually make it to Hanley Ramirez, but Cozart was able to score easily to end the game.

The loss was the fourth in a row for the Dodgers, their first losing streak of this magnitude since dropping eight straight games from May 1-10.

Before the ninth inning, the offense was almost completely found in the bats of two men: Jay Bruce and Ramirez. 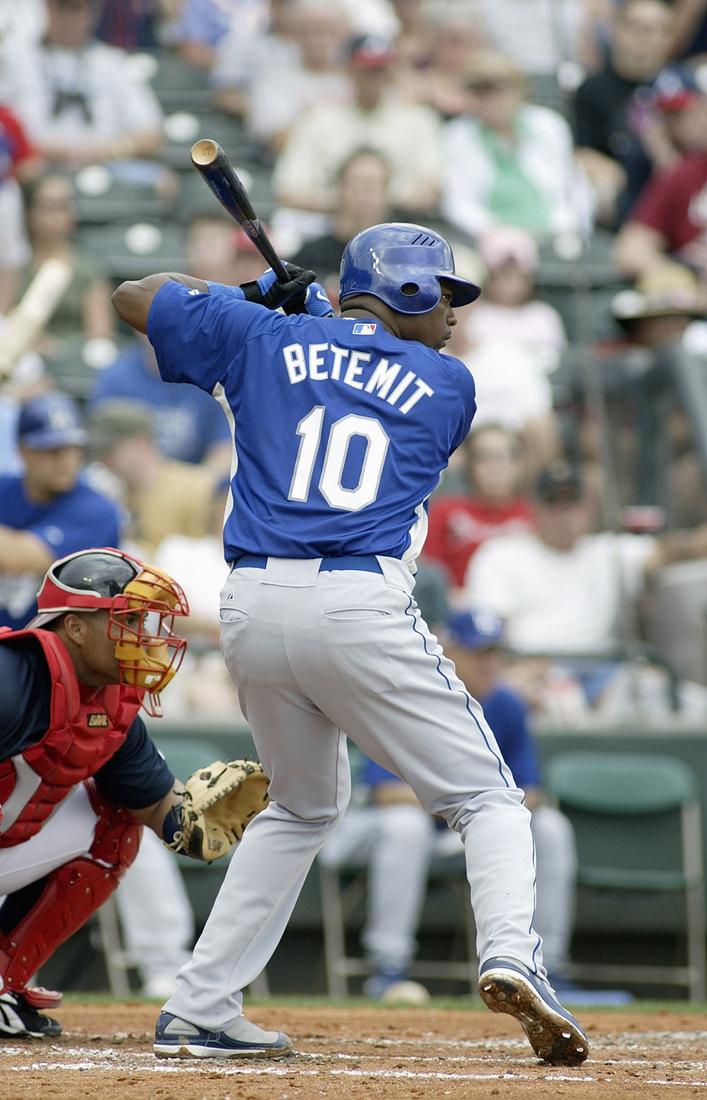 Thanks to Arizona's 3-2 loss on Sunday in San Francisco, the Dodgers' magic number to clinch the NL West is 10. Photo: Getty Images

The home run by Bruce in the second inning was the first by a left-handed hitter against Kershaw this season, and the first since Adam Dunn did so on June 15, 2012. Kershaw went 271 plate appearances against lefties in between, and they hit just .160/.234/.217 during that span.

The Reds were primed to add to their lead in the third inning, when Kershaw was unpredictably wild. He walked the pitcher Bailey with one out, then balked him to second base, a call that brought protests from Kershaw and manager Don Mattingly toward first base umpire Ed Hickox. Kershaw then allowed a single and after getting two strikes hit Chris Heisey with a pitch to load the bases. But Kershaw battled and got Joey Votto to line out to first base and Brandon Phillips to ground out to third base to end the inning.

The ground ball by Phillips lowered his batting average with the bases loaded to .611 (11-for-18), the sixth-highest mark in baseball (minimum 15 plate appearances).

Bailey retired the first 11 batters of the game but his perfect game was broken up in the fourth inning by Adrian Gonzalez, his nemesis. Gonzalez singled to center field then scored on a double to the left center field wall by Ramirez to tie the game at 1-1.

Gonzalez in his career is hitting .476 (10-for-21) against Bailey with five home runs and two doubles, but none of those extra-base hits have come this year. In 2013 Gonzalez is 2-for-6 with a pair of singles against Bailey, and with runners on first and second base in the sixth Gonzalez grounded into an inning-ending double play.

But Bruce struck again in the fourth inning, hitting another shot into the seats in right field. This one wasn't quite as long as the long ball in the second inning but it counted just the same, giving Cincinnati a 2-1 lead. Bruce became just the third left-handed batter to hit two home runs in a single game against Kershaw, joining Adam Dunn (Aug. 6, 2010) and Carlos Gonzalez (May 2, 2012).

Both Jay Bruce HRs came off Clayton Kershaw sliders. Entering Sunday, Bruce had missed on all 4 of his swings vs Kershaw's slider.

Ramirez tied the game with a leadoff home run in the seventh inning, his 17th of the season. It was the second home run of the series for Ramirez, making Steve Lyons' prediction from Friday night hold true.

Bailey ended his night allowing two runs in seven innings, with nine strikeouts and no walks.

Kershaw hit Shin-Soo Choo with two outs in the seventh inning, the second hit batter of the game to tie a career high. Kershaw also hit two batters in a game on two occasions in 2010. But despite putting two runners on base in the inning Kershaw induced a ground ball by Chris Heisey to escape the inning.

But for an outing during which Kershaw was fighting his command most of the night, he still ended up allowing just the two runs on four hits in seven innings, with seven strikeouts and three walks and, like Bailey, got a no-decision. Kershaw's ERA went up but not by much, and he still leads MLB at 1.92.

Chris Withrow pitched a scoreless eighth inning for the Dodgers, including strikeouts of Phillips and Bruce. On the road trip Withrow made three appearances and faced 10 batters. He retired them all, including eight by strikeout.

Aroldis Chapman and his triple-digit radar gun readings pitched a scoreless ninth inning for the Reds, but unlike Friday night he didn't strikeout all three batters he faced. Chapman settled for strikeouts of Ramirez and Juan Uribe before Andre Ethier grounded out to end the ninth, the only one of six at-bats this weekend against Chapman that didn't end in a whiff.

Chapman now has 101 strikeouts on the season, the second relief pitcher to reach triple digits in 2013, and now has one more punch out than Kenley Jansen, who did not pitch on Sunday night because almost nobody uses their closer in a tie game on the road.

Chapman picked up the win in relief.

This weekend marked the first time all season, in 24 chances, that the Dodgers lost both games when Zack Greinke and Kershaw started back-to-back games.

The suddenly slumping Dodgers return home for their final extended homestand of the season, with seven games against the Diamondbacks and Giants. Ricky Nolasco gets the start in the series opener on Monday night, while Randall Delgado goes for Arizona.