Uribe hit a career-high three home runs in the win. The Dodgers lead the National League West by 12 games over the Diamondbacks with 19 games left to play.

Juan Uribe had the game of his career on Monday night, hitting three home runs to lead the Dodgers to a 8-1 victory over the Diamondbacks. The win snapped a four-game losing streak for the Dodgers. Uribe was the key in a power-packed game at Dodger Stadium, but the Dodgers did all the thumping.

The Dodgers hit six home runs on the night. Andre Ethier hit back-to-back shots in the second inning for a 2-0 lead. Adrian Gonzalez hit a two-run shot in the third inning, followed one out later by Uribe's second solo shot of the night. A fan was so intent on catching the shot by Gonzalez that nearly hurt himself in the left field pavilion. Little did he know there would be many more souvenirs, in addition to Monday night's Hello Kitty bobblehead giveaway:

Hanley Ramirez homered in the fifth inning and was followed three batters later by Uribe's third home run of the night to set a new career high.

Uribe is the first Dodger to hit three home runs in a game since Ethier did so against Seattle on June 26, 2009.

As a team the Dodgers hit a season-high six home runs, the first time they have hit six in a game since The 4+1 Game on Sept. 18, 2006 against the Padres. The Dodgers hit seven home runs in that 10-inning game, including six in the first nine innings.

The last time the Dodgers hit at least six home runs in a nine-inning game was on May 23, 2002, when they hit eight long balls in a 16-3 rout of the Brewers in Milwaukee. Shawn Green tied an MLB record with four home runs in that game, part of a 6-hit, 6-run, 7-RBI game with 19 total bases that was arguably the greatest individual offensive game in MLB history.

Green was in attendance at Dodger Stadium on Monday night, as part of the first pitch ceremony.

Uribe didn't tie Green and Gil Hodges, but in the seventh inning he did leg out an infield single on a bouncer to third base to drive in his fourth run of the night to give the Dodgers an 8-1 lead. 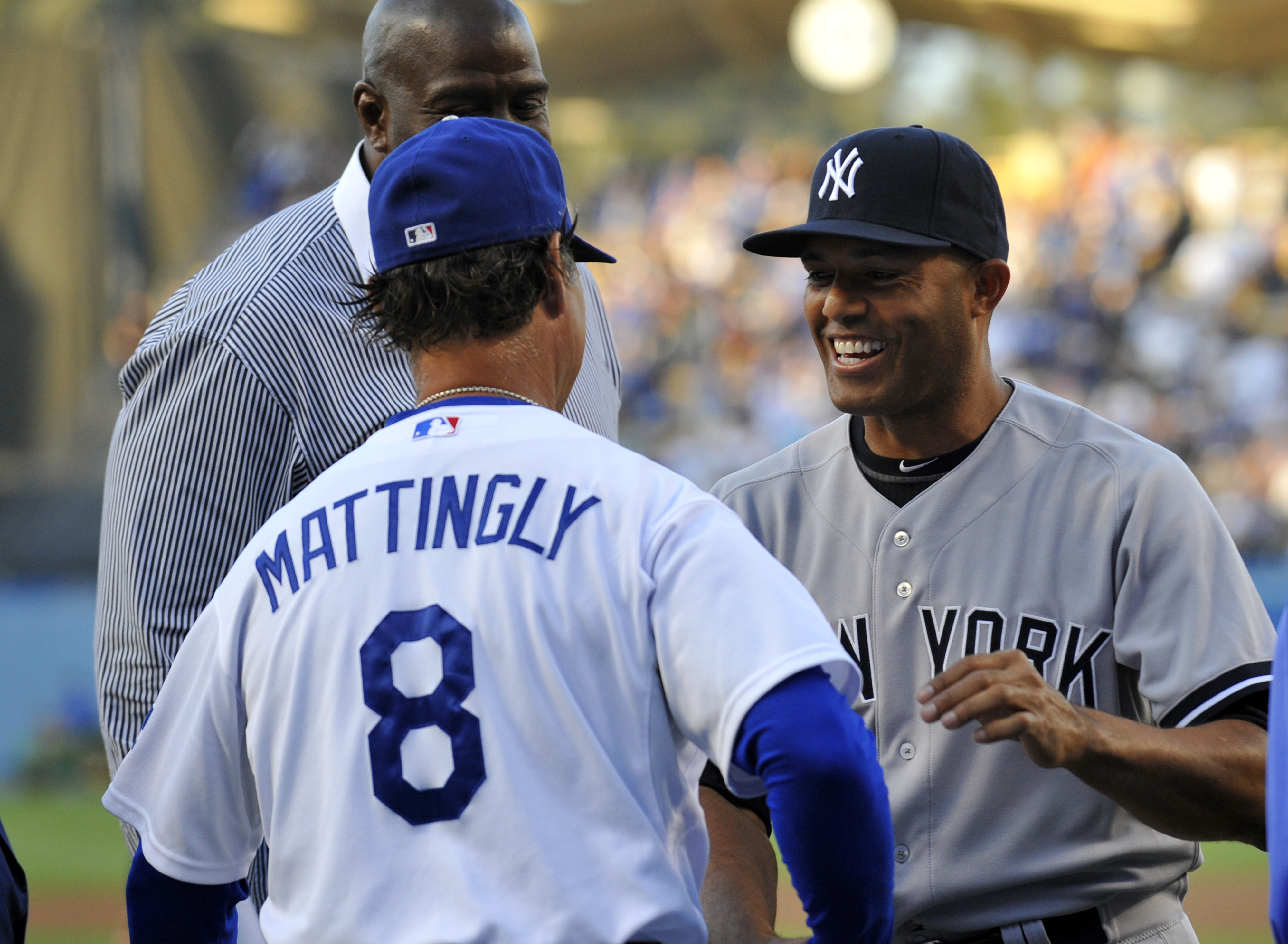 With the win over Arizona, the Dodgers reduced their magic number to eight to clinch the division. The Giants are eliminated from winning the NL West. San Francisco beat the Rockies 3-2 on Monday night, eliminating Colorado from the division title as well.

It was a remarkable game for Uribe in a season full of redemption, but Monday night topped even the most optimistic expectations. Even with his comeback season in 2013 after miserable campaigns in 2011 and 2012 - he hit two home runs, one less than he hit Monday night, in all of last season - Uribe had hit just seven home runs on the year entering Monday, including three home runs in his last 54 games and 182 plate appearances.

But his 4-for-4 performance on Monday increased his line on the season to .279/.334/.426, which coupled with his plus defense makes Uribe's 2013 a very valuable campaign.

Another Dodger who seems primed to cash in as a free agent after 2013 is Ricky Nolasco, who continued to shine on Monday night. Though overshadowed by all the home runs hit by his teammates, Nolasco pitched into the seventh inning and allowed just one unearned run, with six strikeouts and one walk.

Nolasco has not allowed an earned run in his last 27 innings at Dodger Stadium and he is the first Dodgers pitcher to have three straight starts with no earned runs allowed since Ted Lilly did so from the end of 2011 into 2012.

The Dodgers hope their power surge continues on Tuesday, as Edinson Volquez will make his Dodger Stadium home starting debut. Trevor Cahill starts for the Diamondbacks.