If unable to bridge their respective gaps with the team, catcher A.J. Ellis and closer Kenley Jansen would have an arbitration hearing some time during the first three weeks of February.

The Dodgers were unable to come to an agreement on Friday with their two remaining arbitration-eligible players by the 10 a.m. PT deadline, so Kenley Jansen and A.J. Ellis exchanged salary figures.

When asked on Friday if a multi-year contract was being discussed with either Jansen or Ellis, general manager Ned Colletti declined comment, citing the ongoing negotiations.

If the two sides can't come to an agreement, an arbitration hearing will be scheduled between February 1-20, with each side - player and team - presenting its case before a three-person panel, who would then pick one side of the other, with no in-between. The Dodgers haven't had an arbitration hearing since 2007 with Joe Beimel.

The midpoint is key in all arbitration cases, as both sides will essentially argue the player is worth either $1 more or less than the midpoint to prove their case. In Jansen's case, his first year eligible for salary arbitration, the midpoint is $4.275 million.

But the most likely outcome is that both sides settle at some point in between, likely at or near the midpoint.

Jansen was at Dodger Stadium on Friday during the press conference, running and workout out with teammate Hyun-Jin Ryu. 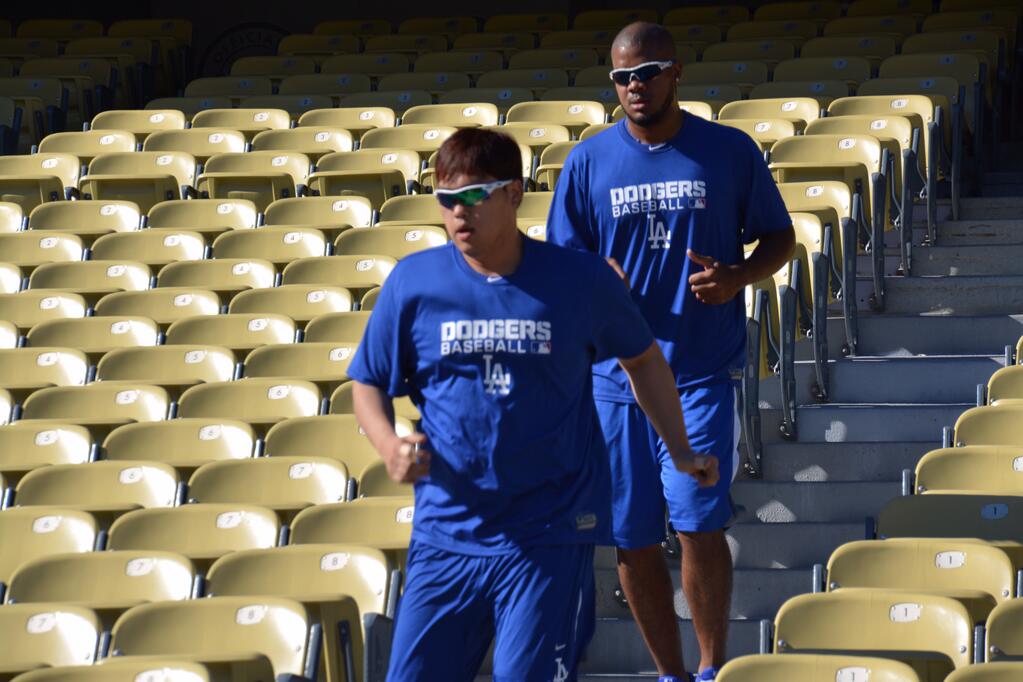 Last week I guessed a $3.1 million salary for Ellis in 2014. Matt Swartz of MLB Trade Rumors projected a salary of $3.2 million.