Dodgers TV schedule, now and then

Every Dodgers game in 2014 will be televised, but 26 years ago the number of televised games was roughly half of that, including several on a premium channel.

Share All sharing options for: Dodgers TV schedule, now and then

As we wait for the launch of the Dodgers' new network, SportsNet LA on February 25, the real wait will be for various cable and satellite carriers to add the network in time to see the games.

The Dodgers begin their Cactus League schedule on February 26, one day after the launch of the network, and play 21 games in Arizona. All will be televised by SportsNet LA, even the ones away from Camelback Ranch. In addition to the three Freeway Series games against the Angels, the network will televise every Dodgers regular season game - other than the ones on Saturday on Fox or Sunday night on ESPN.

We are used to this blanket coverage now, with Extra Innings in its second decade of bringing games to fans just about everywhere. It is a rarity these days to miss even a single game on TV.

But that wasn't always the case.

Recently I found some old Dodgers media guides - I wrote in depth about the 1978 guide - and looking at the 1988 schedule one thing immediately stood out. 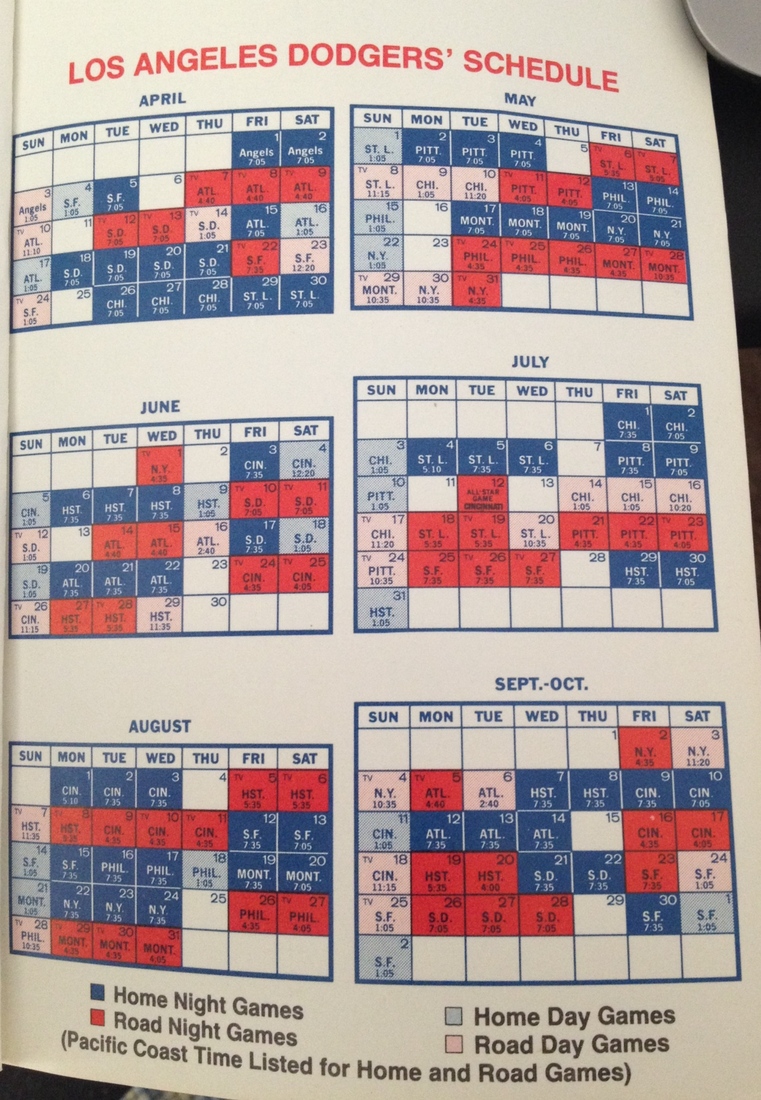 There were only 45 games on local television, which was KTTV channel 11 in 1988. All of those were road games, too, though the Dodgers did also have 35 home games that year on Z Channel, a pay channel previously known for movies.

It was the first of just two seasons carrying the Dodgers for Z Channel, with Tony Fernandez and Rick Monday - seen here together in 1981 - on the call for those 35 games.

There were still national games, as NBC had the Saturday Game of the Week and ABC still had Monday Night Baseball on occasion, but all in all nearly half the Dodgers games were available via radio only, unless of course one went to the games. ESPN wouldn't start televising games until 1990.